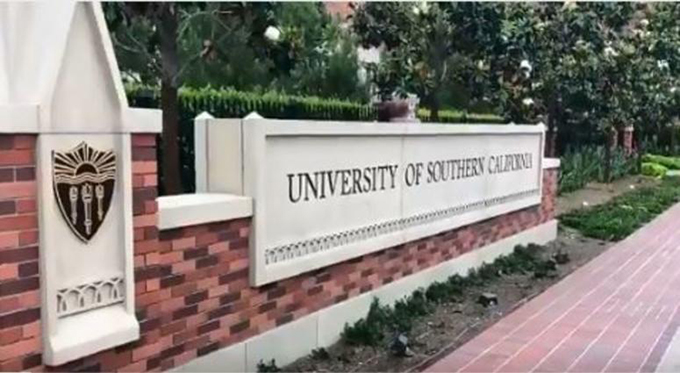 Your typical state university campus is, to the eye, a beautiful place. From initial construction, each building is generally designed with eye appeal in mind, usually augmented by landscaping, particularly lovingly tended old trees. The student loan scam has enhanced this feature, and the gorgeous stone buildings on our stately campuses are now augmented with glittering glass palaces to hold the administrative lords supported by all that money.

It’s always a wonder what, exactly these people do. Even after years of consideration, I can offer few answers, and what answers I have are invariably negative, varying between undermining education and protection of rapists and thugs. These are evil activities, but the gentle reader should keep in mind that these people are grown from the student loan scam, a vicious trap which has damaged or destroyed the lives of tens of millions of our kids, entrapping them just as they leave high school. It’s no great stretch to conjecture such evil fertilizer would yield evil fruits.

It almost seems our campuses are in competition to see which one can produce the largest, most long running sex scandal. One can hope Penn State will rest on its laurels as most horrific, but another state school is making a bid in terms of number of victims:

USC President Will Step Down

With scandal over gynecologist’s abuse of students growing, Southern California announces “orderly transition” just days after board leaders said they backed the president.

In addition to scale, what allows this scandal to receive its own special award is it has little to do with sportsball on campus. This is noteworthy, because usually when there’s a sex scandal involving sportsball, the “leaders” who run our schools justify their coverup as follows: the sportsball program getting a bad reputation would harm everyone involved in the athletics at the school, and so the victims are considered collateral damage, perfectly acceptable considering all the other harm sportsball already does to higher education.

The move comes amid a growing scandal over abuse of students by a campus gynecologist, George Tyndall, and other incidents in which the university is perceived to have failed to act on misconduct by powerful officials.

Universities have wide leeway when it comes to investigating crimes on campus. When a crime is reported, the report goes to a university administrator. Now, when your job only exists because of the great harm you’re doing to kids just out of high school, it’s only natural not to care that much about another young victim. So it’s quite common for reports of crimes, particularly sex crimes, to simply get covered up.

But the scale here is enormous:

Since the Los Angles Times first reported on the abuse of female students seeking treatment in the campus health center, more than 300 students have come forward with complaints about how they were treated. Some reported having alerted officials about what was going on — raising questions not just about the conduct of the doctor but of the university in failing to stop abuse.

More than 300 students and rising. Wow. As is so often the case, the victims duly reported the crimes being done to them, only find the complaints, no matter how severe, falling into a black hole. I have to digress a bit: it’s strange how a student complaint about my assigning homework will cause a deanling to leap into action with official documentation requiring me to cease and desist my deplorable behavior. Were the students here complaining about things even more trivial than homework?

It should be noted that the doctor involved has not yet been convicted of anything, so it’s possible this is just a huge media distortion. That said, and much like the Democrats have learned, these types of claims achieve more credibility when there are many, many of them…and we’re over 300 here. Also, the Poo Bah is stepping down over this scandal, adding more credibility.

I will supply a bit of motive for this coverup, since the usual “protect sportsball” excuse won’t fly here. Our state schools charge extreme tuition to “out of state” students, particularly foreign students. They’re justified in doing so, since they’re supported by tax dollars of the residents of the state. Thus it’s “reasonable” from an administrative point of view to cover up an (apparent) systematic program of sexual exploitation of foreign students…if word got out, it would cut into that sweet tuition money.

The university now says that, “in hindsight,” it should have reported him. Since the initial report, more women have come forward to say that they reported Tyndall years ago, leaving many to believe that the university could have prevented many women from being abused had it acted earlier.

“In hindsight,” indeed. I assure the gentle reader, the only regret our leaders here could possibly feel is the regret of being caught. If any admin actually gave a damn, they had literally hundreds of opportunities to demonstrate as much by reporting these complaints, like it’s done off campus.

The reader really needs to understand how there’s an entire infrastructure of corruption at many of our state schools, and the article addresses this by mentioning a scandal involving another administrator, with a strong record of drug-related criminality.

The infrastructure always goes with stonewalls and coverups:

… a series of inquiries over 15 months it made to the university seeking information about the then dean’s conduct. In one case, a reporter delivered a sealed note requesting an interview about the matter to [Poo Bah]’s home, only to have the note returned, unopened, the next day by courier with a letter from the university’s vice president for public relations and marketing saying the reporter had crossed the line.

It’s a safe bet the title of “vice president for public relations” is long enough to merit the position being summarily closed, as per my simple guidelines for improving education. In any event, the VP here once again has me scratching my head as to what, actually, the job entails…do note the VP gets over $150,000 a year (plus many perks) to simply return unopened mail. It does raise the question: are so many scandals being covered up that it’s just policy not to even bother reading mail from reporters since it’s not even possible for a reporter to be covering good news?

In any event, this deanling was removed. Only to be replaced an even more problematic deanling:

“The woman accused [new deanling] of making unwanted sexual advances during a trip to a conference and then retaliating against her for reporting him, according to the records and interviews. USC paid her more than $100,000…” Later, however, the university promoted him to dean — at least until the newspaper called with its story.

Again, this wasn’t resolved in court, but the university forked over $100,000, so it’s safe to believe something was going on. And, knowing that this guy was a menace, a vicious exploiter of the vulnerable, the school realized he was most suitable to be an administrator, and so they promoted him to dean. Again, having worked at state schools, I know how hard it is to get even a $5 light bulb changed “because of budget,” but there’s plenty of money to pay off sex scandals. That kind of money gets written into the budget, unlike money for education expenses.

After the payout, they gave the guy a promotion. The article doesn’t ask the question, of course, but I will: what exactly is the hiring process where you can get a sequence of people like this? It’s a fair question, as this hiring process is clearly what allows for an infrastructure of corruption on this campus.

Now, this is all ongoing, but I’ll make the safe predictions of huge golden parachutes for several administrators, and a massive settlement. It’s fitting that both of these will be paid for by the student loan scam, as the entire scandal could only exist because of the student loan scam. I approve of making payments to the victims, though I suspect most of that money will end up going to lawyers and vague “improvements” much like at Penn State.

That said, I repeat my refrain: just end the student loan scam already.