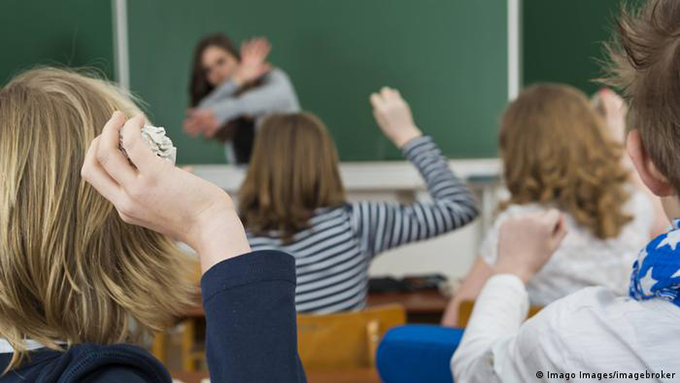 Ten percent. That’s the portion of K-12 teachers in the United States who say they’ve been physically attacked by a student, a new survey has found.

Various news outlets have reported what has been described as a “wave of student misbehavior” since students returned from remote learning to in-person instruction. The purported surge in student misconduct is part of an upward trend in student assaults on teachers. The percentage of teachers who have been attacked by students has increased from 6% to 10% over the past decade, federal data shows.

As school districts across the country report critical shortages in teaching staff, some people worry that the attacks on teachers might push qualified candidates away from the profession. Such concerns are well founded.

In my research interviews with high school teachers who were attacked by students, I learned from teachers firsthand that these assaults have a negative effect on their morale and make them want to leave their jobs.

As I point out in my book “Suspended: Punishment, Violence, and the Failure of School Safety,” attacks are leaving teachers traumatized. In some cases, educators told me they started illegally carrying guns to school after they were attacked.

Teachers also told me they feel as if principals don’t have their backs. In fact, several teachers who have been attacked by students expressed fear of retribution from administrators.

Why would a principal not support a teacher for reporting being attacked? Teachers informed me the principals were worried about their schools getting a bad reputation, which could make it harder to recruit new teachers and students. At least one school in my study could not recruit substitute teachers because the school had a reputation for violence between students and staff.

Over the past decade, teachers have urged policymakers to create legislation that addresses violent student behavior. Teachers have spoken publicly about how being attacked by students hampered their ability to teach effectively.

Lawmakers have tried to come up with tougher laws to deter violence against teachers. However, many bills fail because of concerns that the bills would erode students’ right to due process. In turn, as I found in my book, many teachers feel powerless because violent students are being allowed to stay in their classes.

Although this proposal received substantial support in the Connecticut House and Senate, then-Gov. Dannel Malloy vetoed the bill, arguing that it ran counter to his efforts to reduce exclusion from the classroom and to cut off the school-to-prison pipeline.

The Teacher Protection Act in Minnesota would have compelled public schools to expel students who assaulted teachers. But the legislation failed to gain much traction because of fierce opposition from Education Minnesota – a nonprofit organization that represents educators. This particular organization wanted to prioritize restorative justice initiatives that seek to keep students in school to make amends rather than have students be suspended or expelled.

Thus, the challenge for policymakers and administrators is to find a way to protect teachers without jeopardizing students’ right to due process. The well-being and stability of America’s teaching force depends on finding the right balance.