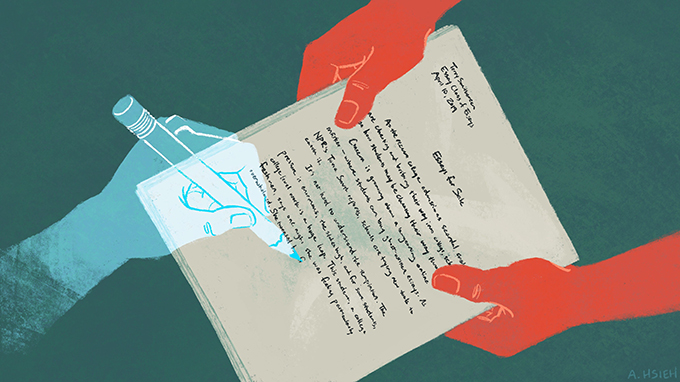 Concern is growing about a burgeoning online market for essays that students can buy and turn in as their own work. And schools are trying new tools to catch it.[/caption]The worst kind of university cheating is also the hardest kind to catch, and more students do it than previously thought. Until recently, it was thought about 2-4% of Australian university students submitted assignments written by someone else. Our new research suggests the real figure is more like 8-11%.

And over 95% of students who cheat in this way are not caught.

The consequences could be catastrophic. Would you want to receive an injection from a nurse whose assignment on how to measure doses of medicine was written by someone else? 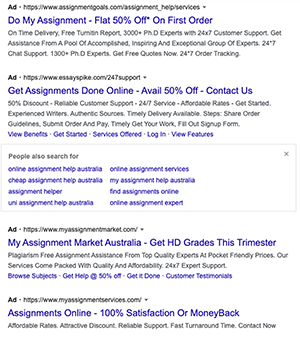 When students arrange for someone else to write an assignment for them, we call this “contract cheating”. Cases of contract cheating that have hit the headlines, such as the MyMaster scandal, involved thousands of students.

But this was less than 0.2% of students even at the most affected universities. In surveys, at least ten times more students than this (2-4%) admit to contract cheating.

Psychology research, however, shows that even when people fill in a completely anonymous survey, they tend to under-report bad behaviour. Because of this, in our Australia-wide study we used methods that don’t completely rely on anonymous surveys.

There are several reasons why people will not admit to bad behaviour like cheating in anonymous surveys. For example, they might not trust that the survey is anonymous, they might not want to admit to themselves that they have done the wrong thing, and they have no incentive to be truthful.

How do you get students to admit cheating?

Using a method that overcomes these problems, one US study found three times more university researchers admitted to falsifying data when they had an incentive to be truthful.

In our study, students estimated the proportion of other students who engage in contract cheating and what proportion of those who do cheat would admit to it. Because these estimates do not require students to dob themselves in, they shouldn’t worry about whether the survey is really anonymous.

In addition to the estimates of how many other students cheat and how many cheaters would admit to it, we provided half the students taking our survey with an incentive to tell the truth.

We donated money to charity for every student who took the survey. Before taking the survey, the students selected their preferred charity. We then told half of the students we would give more money to their preferred charity if their answers were more truthful. We even gave them this link showing how we would determine the truthfulness of their answers.

We distributed our survey to students at six universities and six independent higher education providers of professional courses such as management. In all, 4,098 students completed our survey.

We looked at two kinds of contract cheating:

We combined self-admitted cheating with the estimates of how many cheaters would admit to it and of how many other students cheat. From this, we conservatively estimated 8% of students have paid someone else to write an assignment they submitted, and 11% have submitted pre-written assignments downloaded from the internet.

Providing a contract cheating service is illegal in Australia but that appears to have done little to reduce its appeal to students. Assignment Goals

What needs to be done about this cheating?

Previous studies have also found students whose first language is not English admit to more contract cheating. Higher education providers need to ensure English competency standards for students they enrol. They should also provide additional language support to students who need it.

Cheating seems to have been increasing since the COVID-19 pandemic began. However, the self-reported cheating in our study, when there was no incentive to be truthful, was much the same as in pre-pandemic surveys.

When it was believed only about 2% of students engaged in contract cheating, the Tertiary Education Quality Standards Agency (TEQSA) acted swiftly to curb this problem. TEQSA provided information to higher education providers to help counter cheating. The federal government also acted to outlaw contract cheating providers.

Our finding that four times more students than previously thought engage in contract cheating means these efforts should be redoubled. Importantly, academics need help to get better at detecting outsourced assignments.

Author Bio:Guy Curtis is Senior Lecturer in Applied Psychology at The University of Western Australia