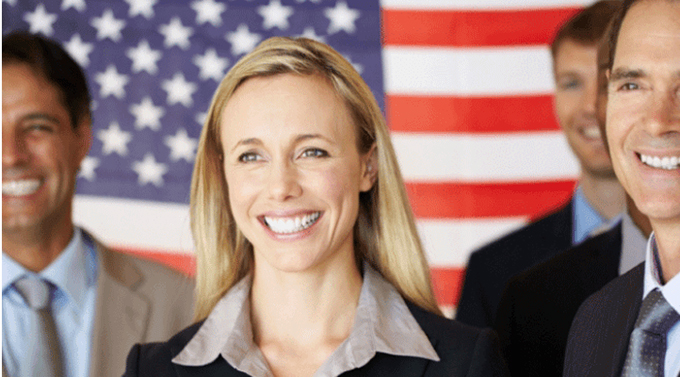 There are myths and assumptions about nearly every type of job. For example, dentists must always have great teeth, and all lawyers are hard-faced individuals. That doesn’t make those statements true, though. The same can be said for many of the myths surrounding federal government work.

If you are interested in a government position, it’s useful to do as much research around the career as you can. The more you know, the better equipped you are when trying to land a role. To make sure you have the facts, here are ten myths about working for the federal government, followed by five truths.

1: You Need Plenty of Prior Experience

You might assume that you need lots of experience to attain a federal government job. Don’t worry – you don’t have years and years of intern work ahead of you. There are plenty of excellent entry-level positions to kickstart your government career. Whether you are straight out of college or you’ve worked in an unrelated field for years, there is a government career that suits you.

You might want to look into relevant courses to learn more about the sector you are going into, though. If you want to work in the public health sector, a Public Policy and Leadership Master degree can give you the knowledge you need to succeed.

Some people falsely assume that too many government roles don’t pay enough, but that isn’t the case. In fact, many government careers are some of the highest-paid around! Take air traffic controllers as an example – they earn an average of $120K per year.

If you want a government role, there is a chance you will earn a lot, depending on the type of career path you choose. Remember – there is always room to develop.

Are you avoiding a career in government because you don’t think there are enough jobs to go around? You don’t need to worry about that, as many government roles are on the rise. Economists, civil engineers, nurses, and computer scientists are all in demand! If you want to get a government role, you should focus on being the best rather than worrying about whether there’s a job for you – the chances are, there will be an opening that suits your skills and qualifications.

4: You Must Start Straight Out of College

It is common for people to think they can’t start a new career – particularly in government – once they reach a certain age. That is untrue. While many people like to begin their careers as soon as they hit 21, many others have a change of heart in middle age and decide to do something new. It’s not about how old you are – it’s about how experienced, capable, and passionate you are. If you’re an older person considering a government role, don’t let your age stop you.

5: The Application Process is Easy

Applying to a government role isn’t always easy. That doesn’t mean it’s overcomplicated and confuses its applicants – just that impressing the recruiters takes some work. You need an excellent resume to attract their attention to begin with. From there, you need to go through screening and nail the interviews. If you’re worried about the process, you can always research what government recruiters look out for and the questions they often ask of candidates.

6: You Need a Specific Major

Many degrees can be helpful when it comes to securing a job in government. You don’t need a very specific major to land the role, though. In fact, a lot of degrees lend themselves to government roles. Whether you have a degree in healthcare, business management, philosophy, or literature, you can use your acquired knowledge to help with your government career path.

7: You Have to Live in Washington, DC

You might assume that you need to live where the president lives to land a government job. That is not the case. While many government jobs take place in Washington, DC, many don’t as well. In fact, there are plenty of government roles stationed outside of the states. So, if you are interested in working for the government but you don’t like the idea of relocating, don’t let that put you off.

8: It is Too Much Pressure

A little pressure is common in any career. Most people don’t want so much pressure they end up burned out, though. That might be a worry of yours if you’re considering whether to work for the government.

While many government roles do put a lot of pressure on the individual – such as high-ranking police officers and government politicians – there are also plenty of other government jobs that aren’t too stressful. If you don’t want to feel completely overwhelmed by your career, you can choose a government job that doesn’t put as much pressure on you as an individual. Plus, it’s important to note that federal government careers put a real focus on a good work-life balance.

9: You Can’t Have a Criminal Record

It’s understandable to assume that you might not be able to get a role in the federal government if you have ever been accused of a crime. Those with a criminal record can still apply and be accepted for government jobs, though. Of course, there are exceptions depending on the particular role and the crime committed. A person who has committed treason, for example, won’t be allowed to work for the federal government.

What’s important to remember is that if you have a criminal record, it won’t necessarily stop you from getting the government career you want. As long as you are honest during the application process, it shouldn’t hinder your chances. After all, it’s all about your capability.

Do you have the image that government work is all a slog? That it is the type of work where you watch the clock in anticipation of getting home? If so, you couldn’t be further from the truth. A lot of government work is challenging, but that makes it more fulfilling. The work days are interesting, and if you put the right amount of work in, you will leave feeling successful and fulfilled.

5 Truths About Working for the Government

Now you know the common myths about working for the federal government, but what about the truths? Here are five of them.

1: It Comes with Generous Benefits

When you work for the government, you can enjoy excellent benefits, including healthcare, life insurance, and retirement savings. Government jobs also focus on education, so you might find that you can develop your educational background while working in a government role. All in all, the benefits they offer are some of the best that you will find.

2: The Pay is Competitive

Government careers offer a wide range of salaries, with many hitting high peaks. In fact, many of the jobs pay well into the six figures. If a high salary is one of your big goals, then you can achieve that with certain government careers.

3: The Career is Secure

One of the biggest factors people take into account when looking for jobs is how secure it is. You never know if a company is on its last legs. When working for the government, you can enjoy a little more security. After all, the government isn’t going anywhere, and the public services are essential. Plus, many government roles are in high demand.

4: You Meet Lots of Wonderful People

Many jobs require you to work solo or with just a few people. That’s not the case for the majority of federal government roles, though. When you work for the government, you get to be around multiple people everyday, from co-workers to the public. Due to this, you are likely to meet various wonderful individuals. That can both make your work day more interesting and boost your worldview.

5: There are Development Opportunities

Career-driven individuals need to know that their role isn’t stagnant – that they won’t stay in the same position for their entire careers. That can be difficult to predict when working for individual companies, though. When you work for the government, though, there is a higher chance that you will work your way up.

The federal government prides itself on training staff and offering career-climbing opportunities, so if you work hard enough, you will have the chance to climb the ranks.

Choosing to work for the government shouldn’t be a decision you take lightly. First, you should weigh up your options, figure out what your skills are, and decide whether it’s the right path for you. These myths and truths will help you make the right decision.

If you want a role that has you doing the same thing over and over in a small office, you should probably look elsewhere. If you want to work around a variety of people and enjoy a challenging yet interesting career, working for the federal government might be your true path.

Tags: working for the Federal Government