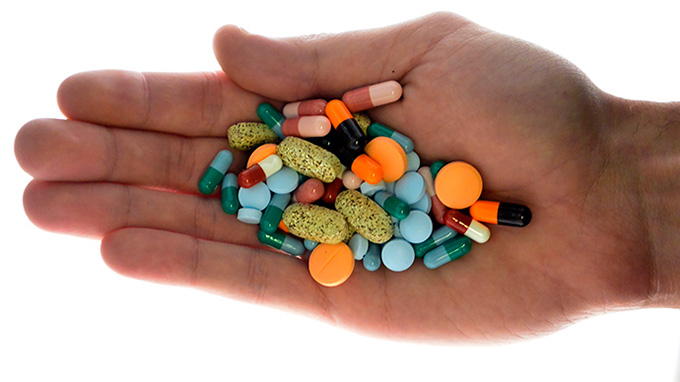 –common response to an individual exhibiting strange behavior. It seems a fair question to ask most students on campus today.

Every day we get to see another example of insanity on campus, and while I usually blame it on the student loan scam, another explanation comes to mind:

More than 25 percent of college students have been diagnosed or treated by a professional for a mental health condition within the past year.

Wow! Please understand, when you go to these kinds of doctors (more accurately called “drug dealers”), the primary thing they’re going to do is give you a prescription for drugs. It’s not complicated—these drugs are almost certainly addictive, so prescribing these drugs is a great way to make a lifelong customer. Many of my students have told me of how they jump through hoop after hoop to get “their” drugs that they “need,” whether it be Adderall, Paxil, Xanax, Zoloft, Wellbutrin…or a host of others.

So, yes, if 25% of our college students have been diagnosed for a mental health condition, then they’ve almost certainly taken drugs that (supposedly) treat that condition. Does anyone else think something is very wrong here? 50 years ago, these drugs didn’t exist. Back then, did we honestly lose 25% of our population to mental illness because we didn’t have these drugs? If these drugs are truly necessary at this level, how did we not notice 25% of our population consistently going bonkers before the drugs were invented?

The report I’m snipping from has a bunch of little cited factoids, but just one more for now:

I concede 20ish is a stressful time…but I really wish we gave our kids better guidance than “go see a doctor and take drugs for it.” Allow me to digress a moment with a couple of short anecdotes.

One time I was passing out algebra tests, and a student just passed out as I handed it to her. She was most petite, you could have given her cement shoes and she still wouldn’t have weighed much past 100 lbs. The problem was, she’d just donated blood to the bloodmobile on campus (in violation of their donation guidelines). The first thing she said when she came to her senses?

Student: “But I drank my Slim-Fast this morning!”

I don’t think she needs drugs, and I don’t think the drugs she was taking was helping (and for what it’s worth, I never had much luck with Slim-Fast, I got up to 6 of those shakes a day and still never lost a pound).

Another quick anecdote from me passing out tests, in vector calculus:

Student: (runs away, in tears)

I thought I’d be up for the Math Professor Hall of Fame for breaking a student so quickly…she apologized later, it was some personal problem that just happened at a bad time, relative to test day. I doubt she went on drugs over it, and sure hope not.

The main problem I have with all these drugs being passed out, to 25% of our students (and by extension, a like amount of our population) is they go on the drugs for life. I know plenty of people who take these drugs (because, hey, I know plenty of people), and I think I know exactly one person who’s managed to get off them—and I’m being optimistic.

So, what are these drugs for, anyway?

So, depression is the primary thing being treated. I sure don’t want people to be sad, of course I want them to be happy. Maybe it’s a valid solution is to get 25% or more of the population addicted to drugs…it might be a fair price to pay for happiness, I admit.

Now, I’m very suspicious about the pharmaceutical industry, I really don’t think many of these drugs are as efficacious as claimed. I mean, I know they’re addictive, I know they have side effects, so it’s possible they’re not utterly useless, and might be helpful. That said, I know how trivial it is to jigger the numbers in a statistical study to show a drug is powerful…so I know it’s trivial to make a completely ineffectual drug look like it’s good for something. With such huge profit margins on these drugs, I see a motive to get lots of people addicted to them.

I wonder if I can use statistics to show these drugs are useless?

Hmm, we’ve been passing out these pills for decades, and mostly for depression. Hey, what symptom of depression is impossible to hide, and really hard to bury with statistics? Suicide. It’s hard to fake being alive when you’re dead, and deaths have to show up somewhere. Hmm, don’t we track suicide rates? Yes, we track them very carefully.

What have the suicide rates been like for 15 years of hardcore drugging of our population, mostly for depression?

From 1999 to 2014, suicide rates in the United States rose among most age groups. Men and women from 45 to 64 had a sharp increase. Rates fell among those age 75 and older.

Only one ethnic group experienced a decent decline in the above study: black men. That, unsurprisingly is not a dominant group on campus, and, I suspect, not a group likely to go to get drugs from a psychiatrist.

Now, studies are trying to spin the huge psychiatric drug problem of our students in the obvious way: to say we need to set up more fiefdoms to track and care for our students’ mental health.

I don’t give a damn about yet another peer reviewed study showing that these pharmaceuticals are actually useful for depression. There have been plenty of “independent” studies showing these drugs are worthless…the people doing such studies are inevitably attacked, and discounted because “they have an axe to grind” with the pharmaceutical industry.

I’m certainly no doctor, but it seems quite obvious to me that if the drugs we’re giving to prevent suicide are empirically leading to an increase in suicide…we should stop using those drugs, and we should strongly, strongly, question whether the drugs are doing more good than harm.

Instead, the response to strong evidence we’re addicting 25% of our kids to useless (at best) drugs is “we should set up more fiefdoms to take care of our drug addicts on campus.” Why not instead ask some questions about these drugs, in light of the easily available evidence?

Even more importantly, why don’t any of the people in power ask this question?