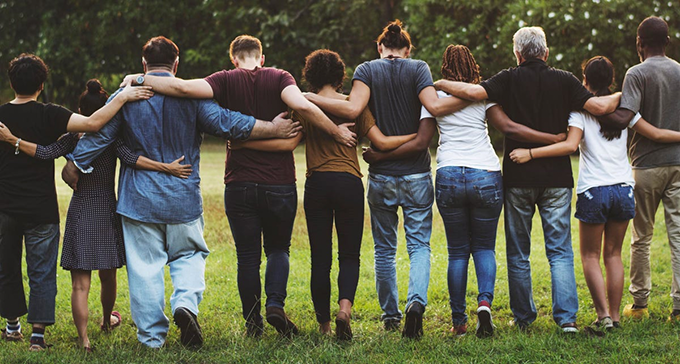 You can see it in evolving executive titles, such as “vice president of global diversity, inclusion and belonging.”

You can find it in reports about how to make employees feel they’re a more essential part of the workplace. For instance, a 2021 report about trends in the workplace found that belonging is a key factor for how companies keep employees engaged. And it can be seen in new “belonging” initiatives and strategies to create an “environment of belonging” and develop more inclusive environments across organizations of all sorts.

But what about on a college campus? Does the recent increased interest in belonging help students? Might it carry unintended consequences?

As a researcher who concentrates on factors that influence belonging among college students, I have decided to probe more deeply into the recent focus on belonging and its relationship to how college students fare. In my research, I define belonging as a concept of people’s connectedness and mattering at the organizations or institutions where they work, study or are otherwise involved.

Will this emphasis on belonging actually enhance students’ well-being and ultimately help them succeed? Or is it just being used as a feel-good buzzword that is meant to appease recent demands for greater inclusion?

There’s no shortage of research that has identified belonging as a critical need for human beings, especially for college students.

Studies have found that belonging is a key to college student success. Belonging is associated with students not dropping out of school, psychologically adjusting to college, and academic achievement. Belonging is especially important for students of color who attend institutions that were not designed with them in mind.

While most research about belonging on campus has focused on how students interact with other people, my own research has examined how campus spaces – such as residence halls and classrooms – can enhance student belonging. I’ve found that the design of campus spaces can increase the frequency of interactions among students. If those interactions are positive, they can then lead to belonging. I’ve also found that where students go on campus – or don’t go, for that matter – says a lot about when and with whom they experience belonging.

I don’t question that belonging on campus is an important consideration. Rather, I’m suggesting that people question generally accepted ways of talking about belonging. Here are three alternative ways to think about the matter.

1. Belonging is an ongoing process

Phrases such as “sense of belonging” are commonly used in discussions about belonging. This language suggests that belonging is a feeling or a state of being, but it’s actually more than that.

Even how belonging is measured can perpetuate a view that one’s belonging remains constant and consistent, overlooking the fact that “belonging” can actually fluctuate over time. Belonging among college students often is measured through surveys, but surveys are only snapshots.

Beyond shifts in belonging at different times, students may also experience belonging differently in different places and with different people. For example, I found that students at one university identified the dining hall as a key site to connect with their friends. It was a space that represented their belonging. However, for other students, the same dining hall was a stressful place. For these students, it was a space that made them feel isolated.

Instead of viewing belonging as a feeling or a sense, consider how belonging is an ongoing process. In my 2016 study of college student belonging, I found that when students’ expectations for their academic and social lives did not match what they encountered during college, they indicated lower belonging academically and socially. To change that, students would seek out different places on campus and rethink their own views of themselves. They would also form new student groups and seek places on campus for those groups and people with similar interests to meet.

The takeaway is that even if someone doesn’t belong at first, it doesn’t mean they won’t belong in the future.

When belonging is seen as fitting in, it’s easy for people to assume that individuals can fit or even want to fit. It’s also easy to make assumptions about who belongs where or with whom. This view can lead to expectations about what conditions promote belonging, such as being around people who are alike.

However, being around people who are seen as being alike isn’t always associated with belonging.

The study’s findings also revealed that Asian American students actively sought out spaces and groups with whom they shared similar interests or felt like they could relate, such as a speech and debate club, cultural organizations, and the recreation center for pickup basketball.

In these cases, belonging didn’t just occur by itself. Students had to deliberately seek it out.

3. Belonging is a shared responsibility

People may view belonging as a personal matter – something experienced at an individual level that is an individual’s responsibility. But it also requires ongoing effort by organizations and institutions.

Colleges and universities can change their structures and systems to support belonging and inclusion. This can include giving attention to differences between what colleges display in marketing materials and the reality of what students experience on campus.

In my experience, belonging is often thought of as condition that does not change and depends on the actions of an individual student. What I’ve found through my research, however, is belonging on campus takes ongoing effort – not only by students, but the colleges they attend as well. By thinking about belonging in these different ways, the kinds of change needed for greater student belonging may actually happen.