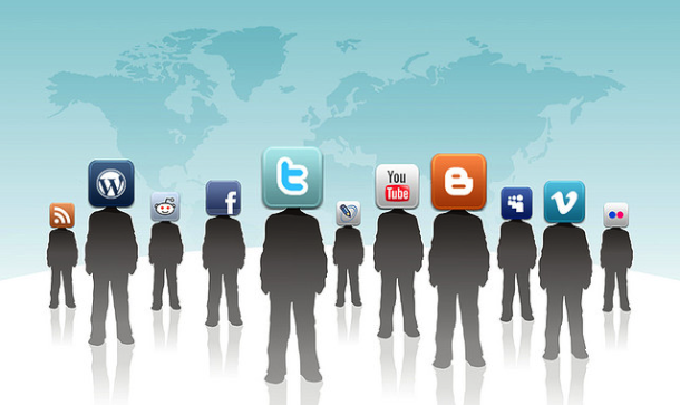 Everywhere you look, someone is posting on a social media account – whether they are snapping pics of their decadent dessert from some posh restaurant, scrambling to create that perfect 280 character post or posting some life update on their wall. And it’s not just millennials who are on the social media train! Grandparents use social media to connect with their loved ones, people join to reconnect with friends from high school, and even companies are using social media.

Why Do Companies Use Social Media?

A business uses social media as a way to connect with their ideal consumer in a way that a magazine ad or a television commercial cannot. Social media helps brands feel more like a friend, rather than someone trying to sell you something. Of course, simply because a brand has social media presence doesn’t mean they are going to stop posting ads everywhere. In fact, when it comes to marketing, 97% of marketers for business will use social media, and in 2014, 92% of those marketers said that marketing on social media was important for the success their business.

Is Social Media Right for Every Industry?

Social media, in general, is an important tool that can be used to make more people aware of the goings on within an industry. Does that mean people within that industry can use it with reckless abandon? Absolutely not. Some industries have changed in significant ways as a result of how popular social media has become. Four industries, in particular, have been disrupted as the result of the social media phenome and they are:

Sports is a massive industry that extends from Pee-Wee sports, all the way up to the big leagues. While your 8-year old son isn’t going to be on any social media platform, someone who plays sports for their university or on a professional level is going to use them. Because these players are well-known and are in the public eye, they are representatives of their university or their professional team.

Some university men’s basketball teams, like those at Minnesota, Purdue, Iowa, and Louisville, have completely banned their players from tweeting during some seasons.

We already mentioned how social media is a great tool for marketing. It can increase brand recognition, improve brand loyalty, and creates higher conversion rates than just some random ad in the newspaper. While it’s important to for companies to have social media accounts and interact with your customers, it can also cut down on the bottom line.

How? 80% of marketers report that their interaction on social media has created more exposure for their company, but these marketers can also spend as little as 6 hours each week and they will see an increase in lead generation. This means that their marketing expenses will decrease dramatically, thus saving on the bottom line!

There is no better example of how social media is disrupting an industry than by looking at public administration. There isn’t a day that goes by where some politician (be they at the highest level of government or someone who is running for mayor) will make a post about their ideologies or partisanship.

In some instances, this can be a great way to broaden your reach if you’re trying to get elected. Making a post on social media can further put certain issues in the public eye that otherwise would go unnoticed. Rutgers reports 43% of social media users have decided to research a political or social issue after they read someone’s comment or post on some social media platform.

People crave human interaction, and it’s very rare that you find someone who does not want to be bothered with people and still be an emotionally healthy individual. Social media sites were created to give us a sense of closeness with people in our lives. As Forbes points out, sites like Facebook allows us to make friends, keep up to date with what’s going on in our loved one’s lives, and keeping people updated on our lives.

While this may be fine and well, how does that translate to the real relationships that we have offline? A lot of people will use these platforms to connect with someone they don’t know – more often than not, the majority of the “friends” you have on any given site will be strangers, and a very few will be actual people that you know in real life.

The draw of constantly posting to social media and connecting with these friends are the comments, the likes, and even the shares. These things can be addictive – especially when you’re secretly in competition with a friend for the most re-tweets or thumbs up on any given post. Sometimes, social media can rip friends and families apart.

As our world continues to evolve, social media is going to continue to play an important role in how we connect with friends, family, and companies. Businesses will try to position themselves as a trusted company because they seem more personable, and those in government use these platforms to press upon the public their values. Universities will use these platforms to inform students of classes being offered and events taking place.

For every positive, there comes a negative. College athletes aren’t the only ones who have to be mindful of what they post online because when you are the user, you, too, have to think about what you’re posting. Many employers will look at your social media accounts for any inappropriate or illicit activity which could cause you not to get hired.

It isn’t uncommon for a business, or public figure’s social media account will become a place for disgruntled people to voice their concerns and sometimes even issue harsh comments that can tarnish the public’s opinion of the company of public figure. Should we avoid social media? Not at all. Does social media change everything as we know it? Absolutely.