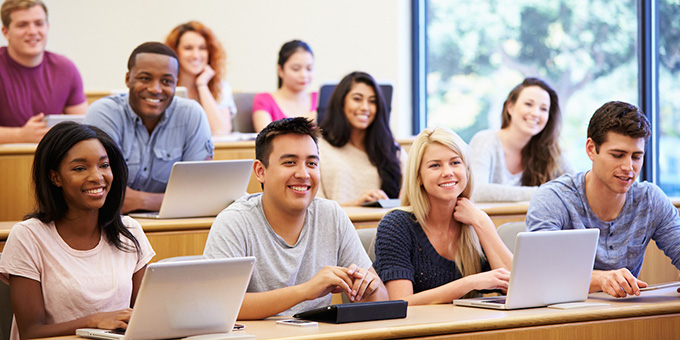 Does going to college make students into political liberals?

Conservative activists have claimed that universities brainwash students and indoctrinate them into believing a liberal ideology. The line of reasoning goes like this: Liberal college professors tell students “what to think,” and “what to think” is that conservatives and their positions are to be dismissed. A state lawmaker in Iowa has even suggested universities consider political affiliation in connection with hiring practices in order to balance out the distribution of political representation on the faculty.

Conservatives on campus feel outnumbered, given that about 60 percent of faculty identify as politically liberal. This imbalance supposedly hurts research, stifles open discourse and impairs overall education. Missing in this debate, however, is large-scale empirical evidence on how going to college actually impacts students’ attitudes.

We are a group of academics interested in understanding how people of different religious, political and philosophical views interact. We are gathering data in a national study of college students called IDEALS.

Although we have partnered with the Interfaith Youth Core, a Chicago-based national nonprofit that partners with colleges and universities to promote interfaith cooperation, our work in this area predates the organization and serves as the basis for the current IDEALS project.

The IDEALS study started following students when they entered college in 2015. Data on many topics, including tracking how students’ attitudes toward liberals and conservatives changed, were then gathered from the same students during their second year of college.

We measured how students viewed each political group separately along four dimensions. Specifically, we asked respondents the extent to which they thought liberals and conservatives were ethical, made positive contributions to society, and were people the student had something in common with. We also asked students if they had a positive attitude toward each group. The same questions were asked at the beginning of each student’s freshman and sophomore years.

These four attitudes are a great place to start gathering empirical support to test whether colleges are turning students against conservatives. If faculty were “telling students what to think” and students were internalizing these ideas, we’d expect to see evidence during the students’ impressionable first year.

Gains across the spectrum

The result? In our nationally representative sample of over 7,000 undergraduates at more than 120 colleges who answered both the first-year and sophomore questionnaire, students did demonstrate an increase in appreciative attitudes toward liberals after a year of schooling.

Among all students, 48 percent viewed liberals more favorably in their second year of college than when they arrived on campus. However, among the same students, 50 percent also viewed conservatives more favorably. In other words, college attendance is associated, on average, with gains in appreciating political viewpoints across the spectrum, not just favoring liberals.

Turning to institutional type, students who attend a private college had a higher initial appreciative rating of liberals than their counterparts at public universities. However, overall views changed at both private and public colleges in the same way. Appreciative attitudes toward conservatives increased between the first and second year of college at both private and public to approximately the same degree.

We don’t know the answer. However, our best guess is this finding might ultimately have little to do with faculty directly and instead relate to the climate that campuses strive to create for the expression of diverse viewpoints, political and otherwise. While students may come to college never having met someone on the political “other side,” it is hard to avoid doing so in college. One central aim of higher education is to encourage contact, debate, discussion and exposure to persuasion from different kinds of people.

After a year of college, in other words, it might be more challenging for students to brand all liberals or conservatives as wrongheaded when they are studying, eating and learning alongside them. These experiences might even help students appreciate others as people with diverse histories and shared interests in working toward common goals.

One takeaway is clear: It appears as though the first year of college is doing what it should, exposing students to experiences that teach them how to think rather than what to think.