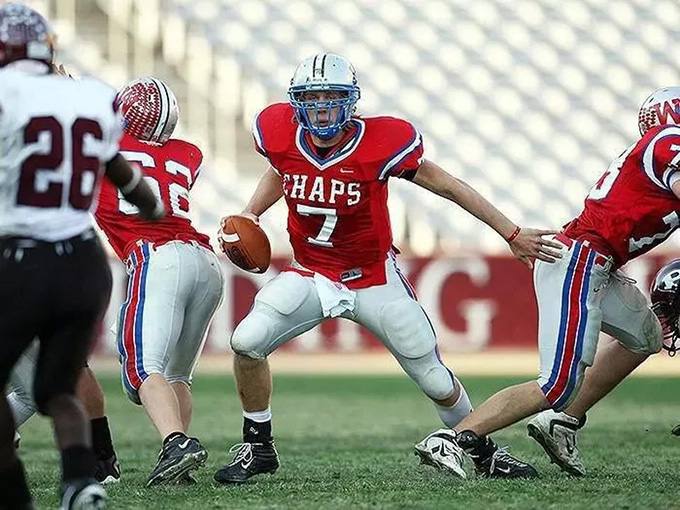 When Buffalo Bills player Damar Hamlin collapsed during a Jan. 3, 2022, NFL football game, much of the public attention was on the pressures athletes face to perform despite the perils they face on the field.

However, as a scholar who specializes in youth sports, I have found that this pressure often begins well before a player enters the pros – often very early in a young athlete’s life. And sometimes the biggest forces behind this pressure are coaches, peers and parents.

Here are five ways young athletes experience unhealthy pressure, and what those influences do to their minds and bodies.

Coaches who belittle athletes, yell and emphasize winning over personal improvement use what is known as a “controlling style” of coaching. Rather than provide information and feedback about technique, tactics and attitude, controlling-style coaches tend to communicate objections to obvious mistakes and personal insults during crucial moments.

This style of coaching shifts athletes’ attention away from their abilities and toward mistakes, a win-at-all-costs attitude, unethical behavior, injury and burnout. Many athletes value their coaches’ perceptions more than their own self-perceptions.

When coaches focus on the negative, they influence their athletes to do the same. But it’s much more effective to tell athletes what they should do with concrete specifics, like “push the ground away” or “aim for the rim.”

Often, these sorts of old-school controlling-style coaches use methods that were used on them as young people, despite years of research showing such methods are dangerous. For instance, it is now known that punishing athletes with physical activity – running so-called “suicide” sprints, staying late to run laps, and dropping for 20 pushups – does more harm than good. Expending energy randomly at the end of practice increases the likelihood of fatigue and injury.

Peers also follow the behavior they see from coaches.

Athletes who perform well in matches and within-team scrimmages find acceptance and opportunities for meaningful connections with their teammates. For many athletes, making friendships outside of sport is challenging, especially in collegiate athletics.

But teammates who observe and repeat ridicule, bullying and exclusion can create conflicts with other team members. As a result, their fellow athletes may approach practice not seeking to master skills, test abilities and make friends but rather to avoid conflict and targeting. Those mental and emotional distractions break their performance focus and consistency.

Coaches and players who focus on athletes’ looks and weight – often in aesthetic or weight-restricted sports like gymnastics and wrestling – contribute to a culture of body shaming that values athletes’ physical attributes rather than what their bodies can accomplish. Athletes who think that others want them to be smaller or bigger than they are can experience anxiety, depression and eating disorders. Expectations like participating in public weigh-ins, avoiding sweets and wearing revealing competitive uniforms are common in upper echelons of sports like cheerleading.

The effects of competition begin long before the start of a season, game or match. How kids feel about themselves in sports, especially after a loss, is often linked to how parents view, value and teach competition.

When parents pay their kids for scoring points or winning the game, they turn their kids into selfish teammates and decrease their long-term motivation. Of course, most parents can’t continue opening their wallets forever, and even students who earn scholarships to college tend to lose their motivation when they’re paid for performance.

Parents can behave badly when they are looking for external signals of their children’s achievements, like championship trophies, selection for elite teams, scholarships, endorsements and, now, name-image-likeness deals, in which student-athletes can earn money from product endorsements and advertising appearances. But those goals can conflict with children’s natural motives in sports – including to demonstrate competence, make decisions and be with friends.

When kids sense their parents’ stress over expectations, they shift their ideals and become more prone to perfectionism, burnout, anxiety and depression and eating disorders.

Parents push their kids into year-round intensive training in a single sport as early as age 7. Overuse injuries, psychological stress and burnout are well-documented consequences of specializing before 12. But is this necessary? Super-early training isn’t really helpful for sports whose athletes tend to peak later in life, like marathon runners, for example.

Transitioning to higher levels of play during adolescence strengthens athletic identity as training expectations expand to diet and exercise. To conform, athletes may begin using anabolic steriods, overtraining, playing through injury and restricting their diets. Encouraging a healthy diet for training purposes can translate to compulsive ingredient checking, food planning, restricted eating and other symptoms of a relatively new eating disorder: orthorexia nervosa.

Trying out various sports while young helps athletes discover what they enjoy most, and which activities work well for their body types.

Overuse injuries like “Little League elbow” and Osgood-Schlatter disease, a cause of knee pain, are becoming more common. American high school athletes who specialize in just one sport are 50% more likely to experience an injury from overuse than people who play multiple sports – and athletes who focus on two sports are 85% more likely. High-pressure environments that expect athletes to endure injuries can lead to long-term conditions like arthritis and tendonitis.

In such sports as football, boxing and mixed martial arts, the culture even rewards injuries and risk-taking. But when an injury forces an athlete into an early and unexpected retirement, coping with the transition is tough. Identity loss and purpose can exacerbate mental illness and even increase the risk of domestic violence, particularly when the injury involves mild traumatic brain injuries.

Witnessing sports-related injuries – just as the millions of NFL fans who watched Hamlin did – has consequences for observers, too, such as psychological trauma. Symptoms, which can include intrusive thoughts linked to the injury, nightmares and anxiety, can last from a single day to more than a month. The situation can even escalate to post-traumatic stress disorder. In the coming weeks, teammates who witnessed Hamlin’s collapse may be up to 25% more likely to develop symptoms of psychological trauma than the rest of us.

That’s something to keep in mind as people watch and cheer young athletes to run faster, jump higher or score more points. The question becomes: At what expense?