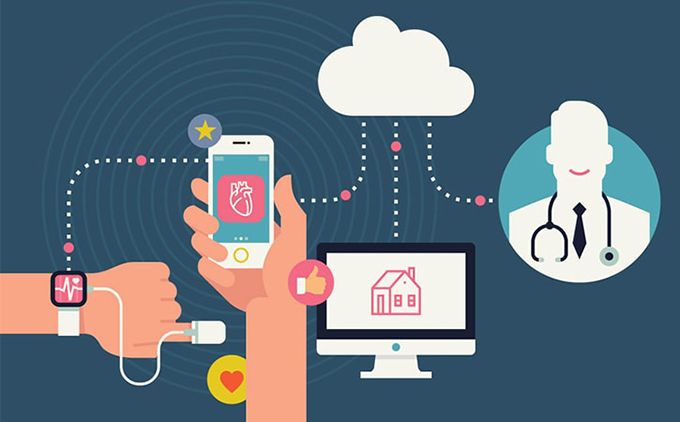 The advent of the Internet of Things has revolutionized many industries. Having a device collect data and communicate with other devices over the internet has created more opportunities since it has enhanced monitoring. The internet of Things has received a lot of criticism due to privacy issues, but this hasn’t stopped it from being adopted by a wide range of industries. One of these industries is Healthcare. Medical devices when connected to the internet can collect data, show trends in diseases and provide a better approach to study the symptoms.

IoT is not new in healthcare. Devices connected to the internet have been provided to patients over the past decade but they needed a follow up by a professional. This has changed whereby the devices upload the data to the cloud giving Healthcare practitioners a better way to monitor their patients’ activities, and giving patients some control over their treatment. The fact that they are connected to the internet makes them vulnerable to hacking. For example, in 2016, Johnson and Johnson released guidance and warning about their insulin pumps that were vulnerable to hacking, whereby patients could administer insulin injections that weren’t allowed. St Jude followed suit in 2017 about their implantable pacemakers and defibrillators that were vulnerable.

These security concerns have been minimized with the use of end-to-end security among other policies in the medical devices cyber security framework. The future is bright for IoT in Healthcare. Below are some of the latest implementations;

Diabetes is a disease that affects 4 million people globally. According to the WHO publication on 11th June 2019, “Type 2 diabetes has increased in all countries.” Hence the closed-loop system helps patients to monitor and adjust the insulin amount that enters their bodies.

The brilliant mind behind the device with sensors is Propeller Health that launched the product in 2014. The firm partners with other companies, and it mentioned that “the sensor is compatible with most inhalers and Bluetooth spirometers.” It functions by helping patients with asthma the cause of the disease, and how to use the medication.

As the name implies, it tracks the levels of blood glucose, and the FDA approved it in 1999. The gadget is linked to smartphones despite the operating system. In England, the CGM is expected to increase access for clients from about 3-5% to roughly 20-25%. During the World Diabetes Day 2018, NHS made a statement that “Freestyle Libre would be available to Type 1 diabetes patients.”

The device uses Bluetooth in its operation to track symptoms effectively. In June 2018, during the ASCO Annual Meeting, research was presented that embodied 357 patients’ trials who suffered from neck and head cancer. The results as per the report show that” people who used Cycore felt much better than those who continued with weekly doctor visits.” ASCO’s president Bruce E. Johnson reiterated that “smart technology made work easy for care providers and patients since side effects can be ascertained and treated.”

The ingestible sensors were developed by Proteus Digital Health to aid in monitoring medication prescription.  According to WHO, 50% of the medication is not ingested as instructed by the doctor.

Cognition Kit Limited and Takeda Pharmaceuticals US presented how an app could detect depression levels in November 2017 at the Pharma and biotech conference CNS Summit. The research was successful since the device could sense the cognition and mood.

Roche led the inception of coagulation testing powered by Bluetooth in 2017. Severin Schwan, the CEO said that “the device helps one to check hoe fast blood can clot.”  It, therefore, minimizes the chances of bleeding or having a stroke. It has a reminder for patients to test their blood and comment on the same.