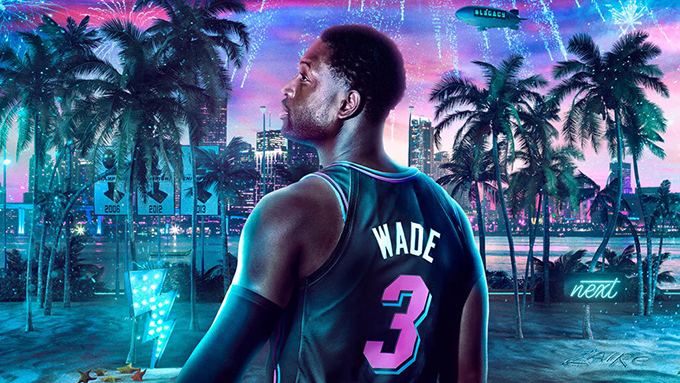 Every year fans of sports games have to consider if the new version of their favorite title is worth their money. Sports games often offer a similar experience refreshing it with new team rosters and a couple of cool additions. However, NBA 2K20 Steam release promises to be vastly different this time around, at least according to what the developers have been telling us so far. Let’s take a look at everything you need to know about the newest basketball release.

We are not sure on why, but many players do consider the cover athletes before buying the new NBA game. In fact, the internet is already full of discussions and opinions about this year’s player choices. NBA 2K20 Steam release will allow you to choose from regular NBA 2K20, NBA 2K20 Digital Deluxe, and NBA 2K20 Legend Edition. Anthony Davis will be the star of the first two editions, while Dwayne Wade will be featured on NBA 2K20 Legend Edition. It’s worth noting that the two higher priced editions of the title will also include some in-game and real-life goodies appropriate to their price point.

According to the developers of the game, NBA 2K20 Steam release will have a lot of technical improvements. In particular, one that really stands out is a more robust, advanced physics system. Earlier, NBA 2K games received their fair share of criticism regarding player collision, general gameplay and ball physics that ruin immersion. According to 2K Sports, this time around the team put some time to make NBA 2K20 feel more realistic than ever before.

It’s also worth mentioning that in addition to the physics, the developer had to redo a lot of player animations. From what we’ve managed to gather, NBA 2K20 will include a lot of fresh moves, dribbles, shooting variations and more. Dunking, in particular, was modeled after numerous motion capture sessions with real NBA legends, so you might expect some new and cool bangers here as well.

NBA 2K20 Steam release, for the first time in the series, will introduce the in-game women’s basketball selection. Currently, it’s not known on whether WNBA will be playable in its entirety with all the different NBA 2K20 modes or will it be just a small one-off exhibition mode – to simply test the water and will allow players to try something fresh. However, while many gamers might disagree, the gravity of WNBA in NBA2K20 is huge. This might attract more female players to the NBA 2K20 and, at the same time, will help to promote the women’s league to vastly larger audiences.

All three NBA 2K20 Steam versions, the base, the Deluxe, and Legend edition will debut on September the 6th. In addition to the PC version, 2K Sports will release PlayStation 4, Xbox One, Nintendo Switch and Google Stadia versions of the game. So, no matter your device preferences, if you’re into basketball and video games, NBA 2K20 is noteworthy collision of the two that is definitely looking like a worthy addition to expand your sports game collection.