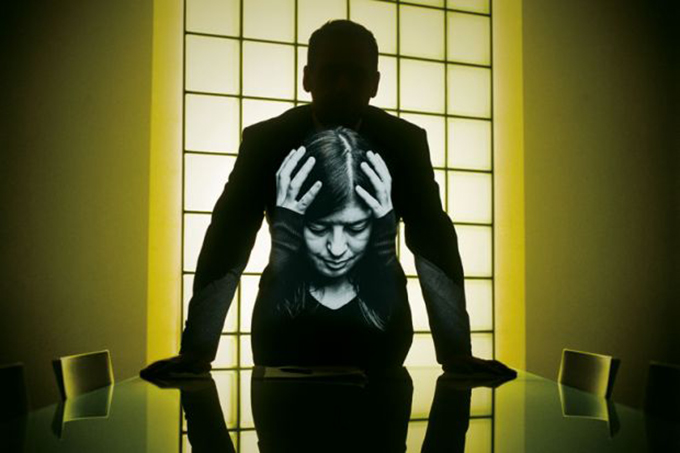 Having worked in higher education for nearly 20 years, I’ve been through many interviews. While most – regardless of the outcome – have been positive experiences, a few have not. And, during an interview last week, it finally dawned on me what they all have in common: an older, male academic who seems to go out of his way to belittle a younger female candidate – in this case, me.

As a senior manager, I regularly interview others for roles at all levels, so I have attended a lot of mandatory recruitment training. The importance of putting candidates at their ease is always stressed to us: it’s in your interest, after all, that they perform at their best. Never have we been told to engage techniques which, I am told, go on in other sectors, whereby panel members seek to ruffle the feathers of hopeful employees to provoke a reaction or see if they crumble under pressure.

We are, after all, universities. We have codes of conduct and websites full of lofty slogans about the importance of respect. However, some interviewers seem to have honed their skills by watching The Apprentice.

This particular panel consisted of two women and one man. After 20 minutes, I was feeling pretty positive. Then the man asked a question about collaboration. A minute or so into my answer about a programme development project that I had recently led, he cut me off, apparently exasperated.

“You keep saying ‘We’. Did you actually do anything?” he demanded.

Surprised – not least because the question was about collaborating; there’s no “I” in “team”, as the trite aphorism goes – I elaborated on how I had built a team and structured the project, only for him to interrupt again.

“So you sent a few emails.”

He then moved on, but this exchange set the tone for the remainder of the interview. A question about time management, for instance, descended into a bizarre linguistic discussion on the difference between “important” and “urgent” that felt like point scoring. I had used an example of a deadline being important but something you can plan for, as opposed to the unexpected issues that can throw out your work schedule due to their urgency, such as a seriously ill student. He countered, almost triumphantly: “So a seriously ill student isn’t important?”

I left, secretly hoping I wouldn’t get the job.

Were this an isolated incident I would laugh it off with a glass of wine, pitying someone who clearly goes through life permanently irritable and takes it out on strangers who are already nervous to begin with. But it was not.

I remember another interview, years ago, which seemed to be going well until one interviewer, who had seemed to ignore me throughout, in favour of picking the skin off from around his nails, suddenly said: “Do you think you have sufficient gravitas for this role?”

“Gravitas” was not something in the job description, nor, arguably, something that would have been of huge benefit in a student support management role that stressed a need for empathy and sensitivity.

In another video interview, one panel member interrupted me mid-flow to tell me he had to take a call and to carry on without him, then switched off his screen (I can only assume his call was both urgent and important). The clear winner, though, was an interview during which the chair became fixated on where I lived in London.

“You’re going to have to work at evening events. How will you get home?” he asked.

Quite apart from the fact that, again, one’s private living arrangements did not feature in the person specification, I was baffled by the question. I live halfway up the Northern line – not in another country. But he continued to labour the point: “I just want to ensure you’ve actually thought about this.”

I later discovered that he lived in Kensington, so I suspect the concept of a commute was unfamiliar to him. Eventually, he looked at his watch and said: “Well, we’re running over. Do you want to bother with your presentation?”

Such behaviour jars not only with the cultures of inclusivity and respect that universities claim to embody, but also with common decency and politeness. This is higher education in 2020, not Wall Street in the 1980s. Yet other women have recounted many similar experiences to me. Men often respond: “Maybe he wanted to test if you could stand up to him?” But why would he need to do that? I can stand up to bullying, but, as a civilised adult, I don’t expect to have to.

Newspapers and reports periodically bemoan the lack of women in the higher echelons of universities. Perhaps we should be examining how many of them are absent because they were discouraged by abusive male interviewers – or chose to continue to behave like adults rather than take the bait.