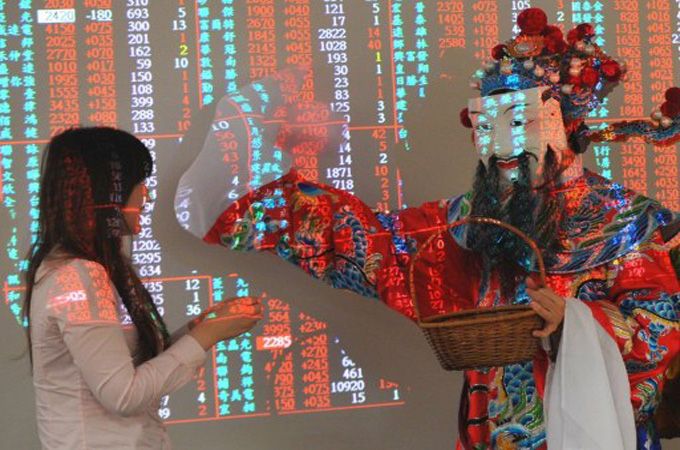 In March this year, University of Technology Sydney associate professor Chongyi Feng was detained by Chinese officials, unable to board his flight home to Sydney. He was held and interrogated for ten days before being allowed to return to Australia. Here, the expert in intellectual and political development in China recounts his personal experience and outlines how Chinese “soft power” is exercised in Australia.

On the evening of April 1, after boarding my flight, I nervously waited until the door of the plane was closed to make a phone call to my mother, telling her that I was safe and on my way back to Australia.

My mother replied in a trembling voice:

You nearly scared me to death. Never ever come back to China again.

In tears, I comforted her:

Don’t worry. China will change. I shall come back.

I knew my mother wanted to see me so much but feared that I would again fall into the hands of the Chinese security apparatus. I had a sleepless night in the sky. Thoughts crowded my mind. The nightmare of interrogations by the Chinese security personnel over the past ten days kept passing before my eyes.

During my visit to China for fieldwork for my research project about Chinese human rights lawyers, security personnel in Kunming took me away on March 20 for interrogation. This continued in Guangzhou for the next ten days. I was barred from leaving China to come home to Australia on an allegation of “endangering state security”.

A Chinese Foreign Ministry spokesperson told the world at a press conference that I was kept in China to assist an investigation. But I could not figure out what investigation I was asked to assist, as the interrogations covered a host of topics ranging from my academic activities to my social life.

The interrogators told me their decision on whether I could be released depended on two criteria: the quality of my answers, and my attitude of co-operation.

To ensure the quality of my answers and prove my good attitude, they wanted to put a polygraph lie detector on me. I rejected their demand and they were obviously not satisfied with my answers. I knew the real reason for my ordeal was that they wanted to shut me down and set an example to dissenting views and critical voices among the Chinese diaspora and beyond.

Luckily, I was released due to top-level Chinese government intervention. They felt that the international outrage was damaging China’s image and their diplomacy with Australia and the US. Walking out of Sydney airport and seeing the ABC camera crew and a dozen friends waiting for me on the refreshing morning of April 2, I was overwhelmed by joy and deeply felt how precious freedom was to me. 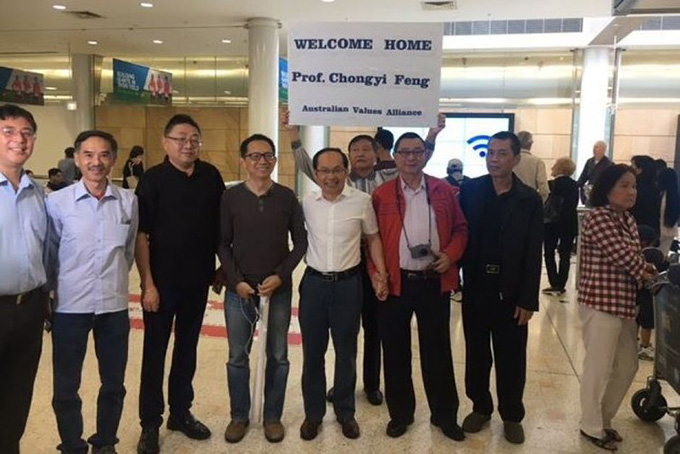 Australia is a beautiful multicultural democracy that respects cultural diversity and promotes equality among all ethic and cultural groups. However, even my freedom in Australia is increasingly under threat from China’s “soft power”.

It is wonderful that the Chinese communities in Australia are allowed to establish all sorts of associations, run Chinese-language media and keep their cultural practices and traditions. This is compatible with universal human rights.

It is unfortunate that the Chinese communist state has taken advantage of these institutional arrangements of liberal democracy to promote its communist ideology, its “united front” strategy in particular, at the expense of liberal democratic values.

The united front strategy has two parts. One is unity among friends under the leadership of the Chinese Communist Party (CCP). The other is the life-and-death struggle against enemies of the state.

In my experience and observation, CCP influence in Australia is salient in the following three areas.

First, the CCP has extended its communication power to dominate local Chinese media in Australia. With the ambitious goal of establishing “discursive power” in the world, the CCP’s Central Propaganda Department has carried out the Grand External Propaganda Program. This has provided billions of dollars for major state media outlets to establish their branches overseas and for patriotic Chinese businesspeople to set up pro-China media outlets.

The Overseas Chinese Affairs Office of the State Council of the PRC and the China News Service have jointly funded and organised the Biennial Forum on the Global Chinese Language Media since 2001. The organisers pay all travel costs for the participants, mainly the owners and chief editors of overseas Chinese media outlets, to participate in the forum in China, as well as sightseeing and meetings with Chinese government leaders.

Through coercion or favour, the Chinese authorities have created financial and political imperatives for overseas Chinese media outlets to toe the party line and “tell the China story well” on behalf of the party.

According to this party narrative, the CCP has achieved extraordinary economic growth for China and lifted more than 300 million Chinese from poverty since the 1980s; the CCP has been selected by history and the Chinese people to rule China forever; without communist rule China will descend into chaos; and the CCP is leading China to great national revival but both internal and external hostile forces are trying to keep China down or even destroy China.

Second, the Chinese authorities have controlled some civil society organisations in Australia as an extension of Chinese state power. For instance, the Australian Council for the Promotion of Peaceful Reunification of China answers to the China Council for the Promotion of Peaceful National Reunification in Beijing, which is established by the CCP Central United Front Department and the Chinese People’s Political Consultative Conference.

The Australian Federation of Overseas Chinese Associations is backed by the Chinese consulate-general in Sydney to serve the Chinese government in a collective manner. It claims to represent more than 30 Chinese associations in Sydney, and there is organisational structure to justify this claim.

The Chinese embassy funds the Federation of Chinese Scholars in Australia to run annual symposiums and other executive meetings since 2008. Its purpose is for prominent Chinese-Australian academics to share cutting-edge research of all disciplinary areas and forge collaborations with their counterparts in China.

The Chinese consulate-general in Sydney and the Overseas Chinese Affairs Office of the State Council of the PRC jointly fund the Huaxing Art Troupe to present “red concerts”, songs and dances in praise of the heroic journey of communism in China. These are mainly performed by official troupes from China.

The Overseas Chinese Affairs Office of the State Council and local governments in China fund and organise regular training programs for overseas Chinese leaders. Their purpose is for these leaders to familiarise themselves with united front work and share their experiences.

China’s influence has succeeded in shaping public perceptions and opinions about China, and even government policies toward China.

Given that most Chinese migrants in Australia rely on the Chinese media for information and cultural guidance, the CCP’s domination of Chinese local media means they are still living in the state ideology of the communist regime. This in turn leads to widespread cognitive dissonance, a psychological disorder that automatically eliminates unpleasant facts and inconvenient truths that are readily available.

One political consequence is that most Chinese migrants to Australia do not differentiate the CCP from the Chinese nation. They treat anti-communist ideas and actions as anti-China and discriminate against anyone who does not subscribe to communist propaganda.

Even the myths of the “China Model” and the dependency of the world economy on China have gained currency beyond the Chinese diaspora in Australia. Some politicians, businesspeople, journalists and academics in Australia believe that communist China has offered an alternative development path toward prosperity without liberal democracy.

The CCP narrative is trying to obscure or distort the fact that, instead of lifting millions from poverty, it is precisely the communist regime that condemned the entire Chinese population to poverty in pursuing a “command economy” and sealing China from the outside world for 30 years.

It is also the case that the Chinese people were able to shake off their poverty only when the control of the CCP was relaxed for them to create wealth. China’s fast economic growth since the 1980s is a result of taking advantage of unprecedented globalisation and importing technologies and skills from the democratic and capitalist world. Rapid economic growth is a common phenomenon for any nation during the period of industrialisation and urbanisation, characterised by skyrocketing land values and efficient use of abundant rural labour.

Moreover, the communist dictatorship has made the social costs of China’s economic growth exceptionally steep, leading to astonishing social injustice, comprehensive violation of human rights, moral degeneration and ecological breakdown. The golden age of healthy and equitable development of the West during the 1950s-1970s did not involve China at all.

What is praised as the “China Model” is actually a strange brand and the worst form of capitalism, combining communist brutality with neoliberal brutality. This combination ensures efficiency through extraordinary mechanisms such as state corporatism, developmentalism in its extreme, bans on collective bargaining by independent trade unions, and forced sacrifice of social justice and environment for profits.

The combination is strange and ironic in the sense that the aim of communism is to eliminate capitalism, but communism in China has now been married to and is parasitic on capitalism.

Freedom is the most valuable possession for humankind. The regimes under which people live have a great impact on that freedom. By its nature a communist regime is not compatible with human rights and the rule of law.

In dealing with a communist regime, we democrats and freedom-lovers should resist the pressure and seduction by dictatorship in defence of freedom. We should always stand firm on universal human rights values. Trade is important to create wealth and jobs, but in an open and democratic society, commercial benefits should never be privileged over justice and universal human rights.

Rather than surrendering to toxic communist ideology and lowering international standards, the Chinese diaspora in Australia should wholeheartedly embrace and enjoy the fruits of political civilisation of the democratic world.

Better still, they may exercise moral courage and responsibility in encouraging the CCP to abandon communist autocracy for the political civilisation of human rights, democracy and the rule of law.