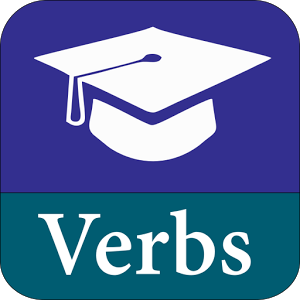 Although I got reasonable marks for my creative essays in high school, literary criticism was never my strong suit. One of the issues with my analytical writing was that I didn’t really understand how to use verbs. It wasn’t until I nearly finished my masters degree that I found out that verbs function in academic conversation much like table manners at a middle class dinner party.

I owe much of my education in verbs to the good work of Pat Thomson and Barbara Kamler and their excellent book ‘Helping Doctoral Students Write’. This book was crucial for helping me understand that in humanities writing, the verb you use to describe someone else’s work indicates your feeling about the quality of the work. For instance, “Mewburn (2010) argues…” is kinder than “Mewburn (2010) asserts…”. By using the verb ‘argues’ I invite the reader to consider that what Mewburn is doing is actually arguing – a scholar who asserts is not really a scholar at all.

Looking up the verbs in a dictionary makes the difference quite plain. According to Google, the first definition of ‘argues’ is “give reasons or cite evidence in support of an idea, action, or theory, typically with the aim of persuading others to share one’s view.” By contrast, the definition for ‘asserts’ is “cause others to recognize (one’s authority or a right) by confident and forceful behavior”. In the humanities, at least these days, we are meant to make knowledge by persuasion, not through authority. Authority is used more often in political or religious arguments. If you read back into the history of Western academia, you will find examples of writing that seems very strange to contemporary eyes. The tone is much more commanding and confident – this was because the origins of Western universities were monastic and it was acceptable to make an argument on the grounds that God had ordained something.

Times have changed (despite what some Australian politicians would like to think). When you think about it, most academic writing is highly passive aggressive. By using a verb to express your evaluation of someone else’s work you avoid directly stating your opinion, leaving it up to the reader to infer what you think. To read between the lines if you like. In academic writing you would never, for example, write “Mewburn (2010) is shit – don’t bother reading this paper. She’s a rubbish scholar”. You’d say something like: “Mewburn (2010) relies on insufficient evidence”.

You mean the same thing, but it’s you know – polite. At least it’s polite according to dominant cultural norms in academia which, it’s important to recognise, are not ‘natural’. While some people struggle mightily with the idea that verbs are like manners at a middle class dinner party, indigenous students, and people who are first in family to get to University, tend to get it straight away. When I shared this analogy with one Wiradjuri woman she laughed and said “Right, so to succeed in the academy I have to write like an uptight white person? That makes perfect sense. I’m surrounded by them all the time”.

Kamler and Thomson were writing for humanities scholars, but their work led me to develop an interest in deep nerd grammar within the sciences. The most interesting difference between science writing and humanities writing is the use of verbs, or rather – the lack of them. When scientists are evaluating the work of other scientists they tend to drop the verb altogether. In the brilliant “Disciplinary Discourses: social interactions in academic writing” (told you it was nerdy) Ken Hyland points out that scientists will make a statement and then put the reference for the fact at the end of the sentence, like so (totally made up example):

By placing the reference at the end and not associating it with a verb, the scientist ‘imports’ this idea without comment and effectively expects the reader to accept the idea as fact. Even when they do include verbs, scientists do it in ‘sciencey’ ways. If the scientist was inclined to more ‘flowerly’ language, they might use a neutral verb, for instance:

“It has been shown that molecules in saline solutions cluster together tightly (Mewburn et al, 2010)”

In this sentence, the past tense functions to leave out the identity of the person who showed how the molecules cluster, that’s because, generally, in the sciences the identity of the person who did the work is irrelevant. Scientists are assumed to be identical to each other and employ scientific methods and procedures exactly the same way. This point of view has been questioned by some who argue that scientists are human like the rest of us, but that’s not a Pandora’s box that I need to open here. To complicate matters further, not all scientists use verbs in this way all the time. Hyland points out that Biologists are the outliers of the science world and tend to deploy verbs much more like humanities people. In other words, it’s complicated, but you need to know the norms of your ‘tribal dialect’ to fit in.

So how can you operationalise this knowledge? Well, unless you want to take a risk challenge academic norms (and hey – don’t let me stop you!), give your writing an ‘uptight white person’ make over. Grab a few papers from scholars you admire and make a list of the verbs they use. Then cluster the verbs into three columns based on a passive aggressive index: “this work is great”, “This work is fine” and “this work is terrible”. You can look at my own verb cheat sheet as a model, but you’re best advised to make your own.

When you’re finished, stick your cheat sheet to your wall. While you are doing your literature review, examine your feelings about the work you are reading, and then pick a verb from the list that fits your judgment. Varied verb use will make your writing more interesting and precise If you are a science student, closely examine your own verb placement and compare it to work in your discipline – could you afford to use a few more verbs? Or do you need to pare it back?

I hope that’s clear – I’ll be making edits when I put this post into the book, so your questions are helpful!