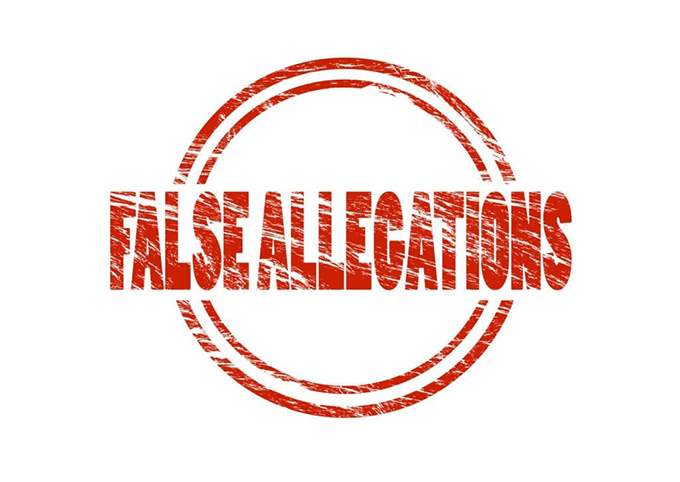 There are so many derangements on our campuses today that it’s hard for me to cover even the most egregious of them with any regularity. One I’ve neglected is the kangaroo campus court system a quasi-court system where basically admin can do whatever they wants, with a thin veneer of legitimacy attached to it.

Words cannot adequately describe the laughable unfairness of this court system. I used to be involved in it, and so I do not exaggerate when I say with my own eyes I’ve seen admin destroy evidence, and then have us declare guilt because the defendant failed to provide evidence…and this is everyday behavior in this system.

The “me too” movement has wreaked havoc in our workforce, as employers are terrified of hiring females since even an accusation from such a person can cause great harm to a company. That’s in the “real” world…on our campuses, an accusation is the same as a conviction if the right political winds are blowing.

Their accuser went to prison for inventing gang rape. Now they’re suing the university for prejudging them.

To summarize the criminal part of the above case, a woman accused a couple of football players of raping her, to get sympathy from her boyfriend. The police determined that she was lying, and she’ll serve time for it. It’s weird how seldom this sort of thing doesn’t get widespread coverage, even though it seems as common as “actual” rape.

That’s how the police handled the case. What happened on campus? Well, the university says they didn’t do nuffin’, while the players feel they were suspended and otherwise disciplined based on the accusation. So we have a “he said, she said” embedded in a “he said, she said,” right? Well, since the university controls all the evidence, the players might have a hard time proving their case.

Once again the police come to the rescue of these harassed players:

That contradicts the arrest affidavit by a detective, Walberto Cotto, who said a university official told him “both players had been academically suspended by SHU because of the sexual assault allegation,” the Connecticut Post reported at the time…

Gee, I wonder how well the university’s denials will stand up in court next to police testimony? Based on their treatment, the players felt they had no choice but to leave campus after being stripped of their scholarships. I’m no fan of college sportsball, but I’m even less of a fan of destroying men based merely on accusations.

Th players are suing both the woman who accused them (not much money there) and the university (a more valuable target). I honestly don’t know how much damages would be fair, but it just strikes me as curious how often these types of accusations merit major coverage, but when those accusations are shown to be false (hi Trump!) the news never seems to think it interesting at all, even as they virtue signal their support of the “Me Too” movement endlessly.

A bit too much going on right now for a longer post, but hopefully life will get less complicated at some point.