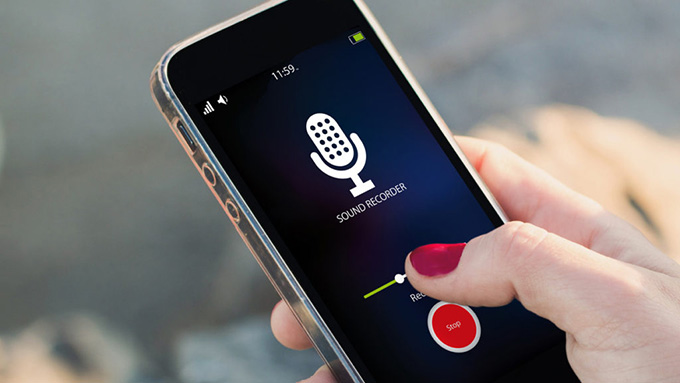 When I was at a fake community college, there was one thing I loathed the most: a forced meeting with a boss (by “boss” I could be referring to any number of people with the right to fire me at their displeasure, from dean/assistant dean, to provost/assistant provost, to chancellor/assistant chancellor, to vice president/assistant vice president, in addition to at least half a dozen others).

These forced meetings began with a summons, and I’d show up to meet with the boss, and possibly a handful of other underlings (too many possible titles to list here).

What would trigger these meetings? An unhappy student. What could make a student unhappy? Anything at all. I’ve covered micro-aggressions before, and there are pages of those official “errors” which can get a professor in trouble.

“You didn’t say “good evening” in a timely manner.”

–I’m serious, an official, documented, complaint which required formal response from me. The student loan money pays for professional administrators to create this bureaucracy.

What’s fascinating about these meetings is the moral inversion: the more ridiculous the complaint, the less you’ll be able to defend yourself from it. I’ve had secret complaints filed against me…months before I even knew there was a problem. And, of course, these secret complaints are filed by secret students. I assure the gentle reader, it is not a fun work environment when you can be punished by unknown complaints from unknown persons based on alleged events that may or may not have happened months earlier.

I’ve made such allegations before regarding the campus discipline system, but I fully understand why the gentle reader might regard such ridiculous claims with suspicion. Thus I seek out when documentation is provided elsewhere that I’m not alone in reporting the things I’ve seen with my own eyes. Here goes:

University president apologizes after recording reveals how a graduate student was questioned over use of a video, which offended at least one student, of debate on nontraditional pronouns.

The new “gender pronouns” are being slammed down the throats of faculty like so many other strange things…the poor grad student thought it was something open to discussion. Hers isn’t the only campus where this stuff is coming up. She’s called in to a meeting for daring to question an administrative decree, and decides to record the meeting.

Recordings do a fine job of revealing what was actually said. Did the gentle reader listen to the sad and pathetic Weinstein tape? It truly was sad and pathetic, as the lecher sexually harasses a helpless young model. Weinstein, caught dead to rights, had no choice but to apologize and enter into rehab.. He’s all better now, by the way. Because he’s fine now, the media sees no need to drag the affair through the mud for months on end, because the media is pretty decent like that…sorry, I was delusional for a moment there, though thinking readers should consider why some people get such a free pass from the media on such things, while others see their reputations destroyed by excessive coverage of obviously fabricated stories. But I digress.

Anyhow, this tape of administrators harassing this grad student for educating her students is every bit as pathetic as the Weinstein recording, as it eventually brings the grad student to tears. To her credit, she tries to argue using reason:

“I don’t see how someone could rationally think it was threatening.”

Arguing rationally with admin is classic newbie-faculty behavior (here’s some good advice for new faculty). I hold much sympathy for the grad student here, as the first time you realize that the people who have control over you have no sense of reason is pretty soul-crushing. Arguing rationally with them is such a frustrating activity for new faculty (or grad students), because these people don’t care about reason, don’t care about right and wrong. All they know is they are right, period. Much as the admin at Penn State knew they were in the right when they condoned pedophilia in the showers (and to judge by the cash bonuses they received for their efforts, I begrudge their point of view), the Diversity admin the grade student is forced to deal with here are absolutely certain they’re in the right, as well.

So of course the poor kid is brought to tears.

I feel the need to point out the hypocrisy here. If I were caught on tape bringing a student to tears in this manner, I’d be fired. Due process, decency, anything like that? Heck no. I’d be gone. You can’t do that to a student—I again point out how scary it is to work in higher ed, as some students totally have the ability to cry at will.

Much like with Weinstein, the Poo Bah here, despite her underlings being caught acting in a completely reprehensible manner, will simply apologize. She’ll probably end up getting an extra $250,000 bonus for her “deft handling” of the fiasco. No admin will lose his or her job for this despicable behavior.

The Poo Bah doesn’t care about education any more than her underlings, what she cares about is happy students.

Back to the meeting, the teacher continues to argue her case. It’s no surprise that admin ignores her attempts at rational discussion and gets to the heart of the matter:

“The reality is it’s created a toxic climate for some of the students.”

The poor grad student helplessly fires back with reasonable questions regarding students complaining her classroom is toxic:

Hey, remember when having to face your accuser was a key part of a justice system? Now you don’t even get to know how many accusers you have. The admin refuses to answer the question. He’s right, you see, so there’s no point in questioning him.

Despite having all the power, admin don’t have the courage to face faculty one on one, and so there’s more than one boss in the room to terrorize this graduate student. They take turns grinding her down. Poor kid…she didn’t understand that as soon as she set foot in the palace holding the Diversity and Equity Office (I’m serious, that’s where the grilling was held) that no sense of fairness would exist.

Truth also, is a stranger to the Diversity and Equity Office (and I don’t just mean this campus), as the pack of feral admin bury the poor student in lies, telling her she’s breaking the law by questioning administrative fiat—her discussion in class could be perceived as violence targeting one of our new victim classes.

The poor kid keeps trying to reason that she’s not attacking anyone here:

Poor kid, again, her reasonable question goes up against a brick wall. I remember trying to convince admin 12/5 was 2.4, for over a year, to no avail (they asserted in writing multiple times it was 2.35). It’s so hopeless trying to reason with these people.

The recording ends with admin telling her that’s she’s basically acting like Hitler…these Diversity types really need to get some new material.

People with more grounding in reality naturally take the grad student’s side:

“…any suggestion that Shepherd violated the law couldn’t be true”

Having been caught on tape in an outright lie, there may be some repercussions here, but I assure the gentle reader no admin will be fired for this grotesque abuse. I maintain, with absolutely sincerity, that this taped conversation is representative of many conversations held on campuses throughout North America, as, one by one, faculty have been brought in to private meetings, to be dogpiled by packs of rabid administrators.

Yeah, but even if 99% of them haven’t lost their minds it only takes one offended (triggered, what have you) student to set off a silly PR/admin shit storm like this. At least actual *thinking* prevailed to rescue this poor TA.

It’s a decent enough comment, but it merits a simple response:

But, because she’s got them in a recording, she’ll be allowed to help her students get an education, at least until the end of the semester. I rather suspect, however, that her position will be closed fairly soon. No money, you see, too bad. But there’ll be a new Diversity Commissar, paid 8 times as much as the grad student was, in charge of making sure meetings aren’t recorded anymore (there’s money for that, of course).

I repeat: these conversations go on all time on our campuses, and professors who try to do anything about it simply disappear from one semester to the next, much like we’ll see with this grad student.

Poor kid, someone should have given her the memo earlier about trying to engage with these people from a rational point of view.