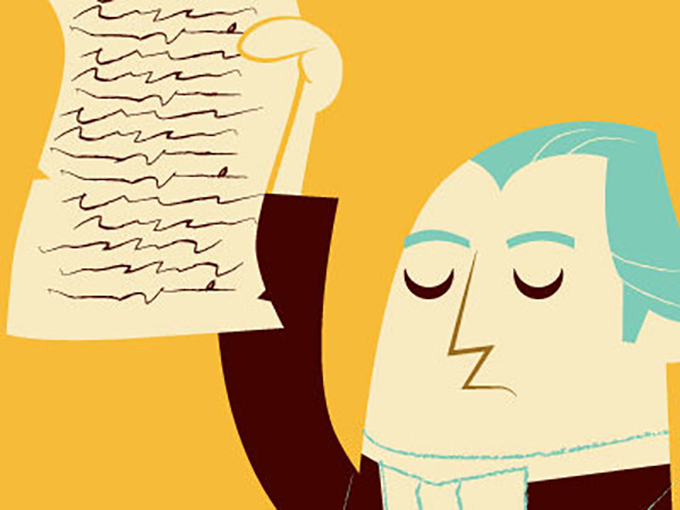 As I’ve mentioned a few times, my political leanings are Libertarian, though I find myself ever more understanding humanity is a long way from being evolved sufficiently for Libertarian ideals to work. That said, Libertarianism, basically the opposite of Socialism, hasn’t gotten over 100,000,000 people killed like Socialism…granted, this is most likely because it’s never been tried, even as we continue to find willing populaces willing to try, yet again, Socialism.

The Mises Institute supports Austrian economics, one of the foundations of Libertarianism. I saw an article on MI’s site…the author really missed the huge point, even as he said many of the things I’ve already said.

Let me go real quick over the libertarian position on people paying extra money to get into private schools: so what? If I were in McDonald’s (bear with me), and some guy paid an extra $100 to cut in front of me…I might not like it much, but I wouldn’t feel completely outraged.

Many of our theme parks, in fact, offer a “fast pass” option, where visitors can pay that kind of money just to cut lines (I’ve used it, in fact, saves a couple hours of standing in line on a typical day).

“But only so many people can get accepted, those bribes are hurting the poor!” is the basic of the counter-argument, but…no. There are other schools, and ivy league schools are never going to be able to take everyone, anyway. I’m not saying there weren’t some fraudulent aspects of the admissions scandal, but…in principle, letting the wealthy pay extra for admission into an expensive school is hardly a bad thing.

I again point out that it’s always been this way to some extent. The “bribe money” was normally given to scholars however, who would use the money for scholarships for poor kids to get into school, or otherwise improving education, instead of enriching our admin.

But the article I’ve linked doesn’t mention any of this, and goes in every other direction:

American politicians are demanding that college be free and open to everyone, but at the same time they are helping to create a political economy that demands a college degree even for lines of work that should not require higher education at all. As this country makes the unfortunate transition from an entrepreneurial market economy to one that is becoming increasingly dependent upon political power, college takes on an oversized role. The greatest irony is that higher education in the USA is becoming as important to one’s financial future as it was in the former Soviet Union even outside the so-called professions.

I…um…no. A supreme court ruling a few generations ago is what led to this “college degree is mandatory” madness. “Government created the problem which government is now trying to solve” is a common Libertarian theme, but a Libertarian site should do a better job of correctly identifying how the problem was created.

The author, much like I did, points out Bill Gates managed to do fine without a college degree, but uses it not to demonstrate how a degree really isn’t necessary for success, but rather as a lead-in to the benefits of entrepreneurship:

All well and good, but I’m not sure how this relates to the admission scandal. He then goes on to rail against the USSR, again not much of a factor in the scandal. While what he says it true, railing against the evils of the USSR is a bit dated.

It’s pretty much how he finishes off:

The U.S. economy has not yet reached the miserable Soviet standard, but as state power over the economy grows, and as more and more Americans demand a socialist regime, we are seeing the emergence of what Florida State University economist Randy Holcombe calls political capitalism. According to Holcombe, political capitalism is defined as “an economic and political system in which the economic and political elite cooperate for their mutual benefit,” and in which “the profitability of business is determined by political connections rather than by the satisfaction of consumer preferences.”

Again, the above is true, and it does seem like my successful friends are strictly those with political connections. But I still think there’s more worth saying about the admissions scandal, and the very first commenter agrees with me:

One question related to this “scandal” that has not been asked — but which is a stark reminder of the state’s brutality — is why on earth anyone should get thrown into a brutal cage (prison) for the relevant actions? Why is cage time always the state’s answer? Let the universities involved take action against the relevant individuals, either suing for compensation for losses suffered, if applicable, or excluding them from future interaction.

Indeed! The parents of the kids are going to jail over this, some of them, and I’m hard pressed to understand the exact crime, why it should be a crime, and why a jury trial is out of the question here (granted, only a jury filled with Libertarians would be sure to let the parents go, but still…).

I really do love sites with comments sections, because so often those comments point out glaring issues ignored by the site, such as the above.

Another commenter misses a point, but it’s easy to miss:

I can’t for the life of me understand why the only people I see getting crucified in this are the parents, who just used their own money to advance the interests of their children, while the people and colleges that were more than happy to be corrupt, have skated through without a blemish.

Why are the colleges getting away without a scratch? An easy question any Libertarian can answer: they’re politically connected. I’m not convinced these bribes are fundamentally illegal, but if offering a bribe is illegal, taking one should be too, right? If the schools/admin aren’t going to take a penalty here, then the parents shouldn’t either. Neither should in my opinion, of course, although it should be shouted loudly how this bribe money isn’t going to help education, like it used to do in the past.

Anyway, not every Libertarian article is a winner, so I guess I’ll let it slide…shame the government can’t turn down the opportunity to put more people in cages, though.