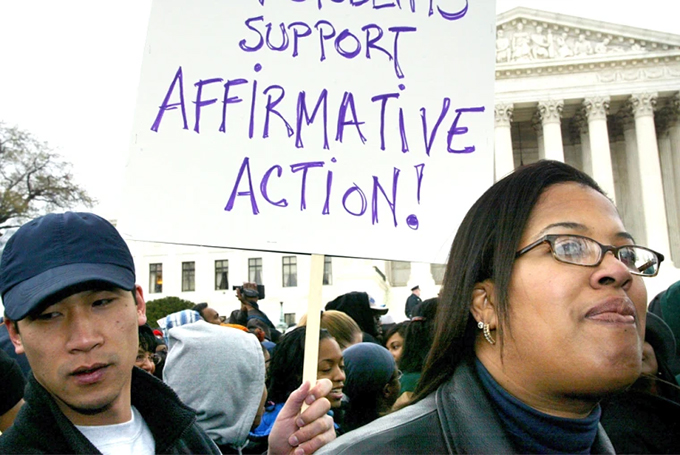 The Supreme Court is scheduled to hear arguments in two lawsuits on Oct. 31, 2022, brought by a group that opposes affirmative action in college admissions. Here, Natasha Warikoo, a sociology professor at Tufts University and author of the newly released “Is Affirmative Action Fair?: The Myth of Equity in College Admissions,” shares insights on how the racial and ethnic makeup of student bodies at selective colleges and universities will change if the Supreme Court decides to outlaw affirmative action.

What’s at stake with the cases against affirmative action?

Currently, many selective colleges consider race when they make decisions about which students to admit. In several cases since 1978, the U.S. Supreme Court has affirmed that it is constitutional to do so to ensure diversity on campus.

A ruling in favor of Students for Fair Admissions, the plaintiffs in the case, would require all colleges – both private and public – to no longer consider race when they make admissions decisions.

Since nine states already have bans on affirmative action, it’s easy to know what will happen if affirmative action is outlawed. Studies of college enrollment in those states show that enrollment of Black, Hispanic and Native American undergraduate students will decline in the long term.

Undergraduate enrollment is not the only area of higher education that will be affected. A ban on affirmative action will ultimately lead to fewer graduate degrees earned by Black, Hispanic and Native American students.

One study found that medical school enrollment for underrepresented minorities fell by an average of 5% in eight states with bans on affirmative action. Wages will also be affected: A recent study estimates that among Hispanic young adults in California who applied to University of California colleges after the the state’s ban on affirmative action, earnings were 5% less than for Hispanics who applied before the ban. The evidence suggests that applicants after the ban attended lower-ranked colleges and, consequently, were less likely to graduate from college, which drove down their wages as graduates.

What do people regularly get wrong about affirmative action?

Many assume that affirmative action plays a bigger role in admissions decisions than it actually does. Some worry that the policy leads colleges to admit students who cannot cope with the academic demands of the colleges to which they are admitted. This “mismatch theory,” as it is sometimes called, has not proved to be true.

And California’s 1998 ban led to fewer STEM degrees attained by Black and Hispanic students in California colleges. This was especially true for those with weaker academic preparation – that is to say, those thought to be most negatively affected by “mismatch.”

How will things change if affirmative action ends?

Based on what happened in states where affirmative action has already been banned, there will be sharp drops in the numbers of Black, Hispanic and Native American students at selective colleges, especially those that are the most selective.

Students who end up at less selective colleges will be less likely to graduate. That’s because lower-ranked colleges tend to have fewer resources to support student success and, as a result, tend to have lower graduation rates.

If such a setback takes place, it will come at a time when many organizations and companies are pledging support for racial justice and an increase diversity among their staff and leadership.

What’s the main takeaway from your book?

Overall, I argue that admissions should be less about who gets into college and more about what students will do once they get out. I believe this requires less emphasis on individual achievements – and more emphasis on the broader mission of college. That mission includes preparing people from a wide range of ethnic and racial backgrounds to make contributions to society. Affirmative action, I argue, is one tool to do just that.

Author Bio: Natasha Warikoo is the Lenore Stern Professor in the Humanities and Social Sciences at Tufts University