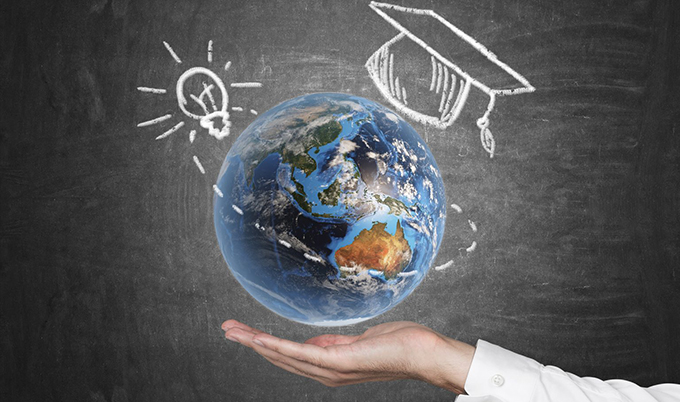 If it is not lacking in irony, the invitation launched in April 2022 by the Chinese president to the universities of his country to leave, almost 20 years after its invention, the Shanghai ranking may constitute a pivotal moment to promote d Other Models for Ranking Higher Education Institutions.

The European Union seems particularly well equipped to propose classification criteria based on other specific values ​​and a truly universal scientific model. Its action in this area, old, but perhaps too discreet until now given the power of the Shanghai model, undoubtedly deserves to be better affirmed at a time when it is a little destabilized.

A good time for reflection

Made public in the summer of 2003, the first international ranking of universities had a major impact on the global academic sector and its agents. Initially designed to enable Chinese universities to modernize by aligning themselves with American standards for measuring scientific productivity (number of publications, citations, scientific awards, etc.), this ranking very quickly gained visibility in internationally and exacerbated competition between establishments from one continent to another. Every university in the world wants to strengthen its position to obtain more funding and attract the best students and researchers.

The impact in France has been particularly significant, coinciding with the abandonment of an egalitarian discourse between researchers and establishments. Admittedly, competition on the academic market is not only capitalist, and it is not due not only to the effects of rankings but also to the spread of New Public Management (NPM), a doctrine of State reform at work in all public sectors since the 1990s and contributing to the competition between agents, services and administrations.

Combining their logic and effects, classification and New Public Management have upset university policies. The competition begins within the establishments, it extends to the national level through the new State agencies in charge of the evaluation of academic structures (HCERES) or funded research projects (ANR, national calls launched by the State) and it is also being played out on the European and world stage.

At the level of institutions, the policy of mergers, with the primary aim of improving the ranking thanks to a mass effect, is major in France, ranked first among European countries by the number of mergers carried out between 2000 and 2015. of individuals, performance is measured mainly through two criteria: the quantification of publications and internationalization.

China’s announcement of a withdrawal to a national model is a favorable moment for reflection, prompting us to look into the common transformation projects for establishments that the European Union has been funding for a long time, in a sense in favor of equal careers and fairness. This is particularly the case of the RESET project (Redesigning Equality and Scientific Excellence Together) that the University of Bordeaux coordinates and which associates the universities of Porto, Thessaloniki, Lodz, Oulou, Ruhr-Bochum and Sciences Po.

As part of this project, in 2021, quantitative surveys were carried out in partner establishments on career inequalities, and qualitative surveys on the perception of scientific excellence by the agents responsible for implementing it. Their results lead us to question the scientific model promoted by the University of Shanghai and to question the notion of scientific excellence in the light of the notion of equity. This finding founded the common commitment , made public in June 2022, of the seven presidents of the European universities concerned in favor of inclusive scientific excellence, taking into account the inequalities that run through academic institutions.

Excellence can be defined as having “exceptional characteristics” . When the exception becomes the norm, the notion loses its relevance for the agents responsible for implementing it. The qualitative data collected in the RESET project, through several focus groups in four universities (Bordeaux, Lodz, Porto, Thessaloniki) in the spring of 2021 and homogeneously composed of researchers, teachers, administrative staff and members of the governance team, point out, beyond the differences linked to national contexts, the shared ambivalence of the notion.

For the majority of people, scientific excellence is a notion that should be positive and sometimes constitutes a powerful individual driving force. It is also associated with the ideas of pressure and work overload. One element was underlined in particular by the administrative staff: the lack of recognition of their participation, particularly in the research support services.

Focus group participants also highlighted the difficulty of balancing personal and professional lives and environments to achieve excellence. The “constant search for excellence” seems to make it lose its meaning. ‘Excellence’ has lost its ‘supra’ part and turned into a ‘normal’ and sometimes ‘insane’ element. Moreover, the pressure related to the number of publications is perceived by researchers as a threat to the quality of their research results. The notion of scientific excellence associated with publications seems narrow in relation to the scope of tasks at the university, it does not include pedagogical or administrative activity: we should rather speak of academic excellence.

The notion is also associated in the literature with that of meritocracy that the principle of selection is supposed to guarantee. However, the objectivity of the quantitative criteria for measuring scientific productivity remains blind to the social inequalities that the university records and reproduces, at the risk of an unconvincing association of the terms “excellence” and “merit”. Data on gender inequalities in academia are well documented, at all levels (institutions, States, European Union). Those, unpublished, produced within the framework of RESET, show the persistence of gender-related injustices, in particular in scientific careers, less in administrative careers.

Whatever the academic labor market in Europe, the same gender inequalities are at work, with substantially the same gender distribution at all career stages. While women are more successful in their university studies and are clearly in the majority in master’s degrees, in 2018 they are only 48% in doctorates within the EU (43% in France), 42% at lecturer level, and 26 % at university professor level. Six out of seven university presidents in the EU are men.

The causes of these inequalities are now well documented. We also know what policies need to be implemented to reduce them transversally, by opening the black box of recruitment and promotions, production and transfer of knowledge. Associated, in an intersectional perspective, with the fight against discrimination, these policies tend to make effective the equal capacity to be recognized as excellent and excellent.

Taking equality and diversity into account as criteria for classification seems to easily find its place in a European model, without leaving the initiative as today to private groups.

This redefinition of merit in scientific excellence could all the more lead to changes in the criteria at work since 2003 as it is associated with other policies whose effects can go in the same direction:

The time has surely come to integrate all of these developments for which the EU has been working quietly for a long time to disseminate a new ranking of universities.

Author Bio: Marion Pauletti is Professor of Political Science at the University of Bordeaux

Ninon Junca, RESET project manager at the University of Bordeaux, participated in the writing of this article with Marion Paoletti.