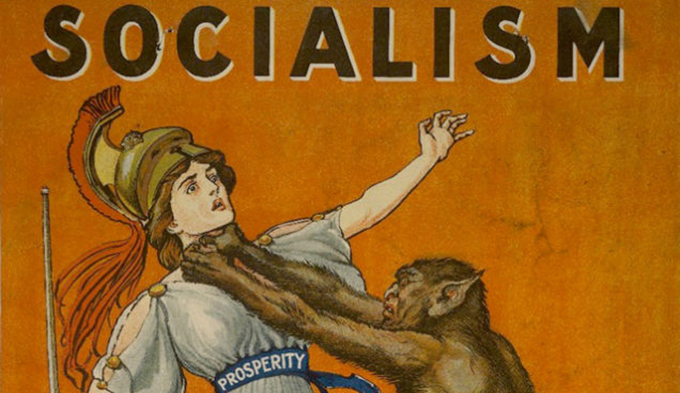 In addition to the corruption and incompetence, there seems to be a weird bias against conservatism, or a strong Left bias, if you prefer. The latest demonstration of the extremity is simply…stunning.

Universities have no problem in formally recognizing Satanist student organizations (weirdly, I thought I’d already written about this, but can’t find it on my blog already), even when those organizations indicate that their purpose is to make trouble for those who don’t agree with them:

“The newsletter mocks conservatives as bigots and groups them among necromancers in an article titled, “6 Reasons why Necromancy is Better than Bigotry.”

Perhaps the group isn’t taking their Satanism seriously, and perhaps admin is just showing how open-minded they are…I still think it’s a bad idea, but I (reluctantly) give the benefit of the doubt to a Satanist group working on campus.

So what student groups are not welcome on campus? If Satanists are welcome, the standards must be pretty low, right?

I’m stunned. It seems like it was just a generation ago that “hating commies” was perfectly socially acceptable, and now there’s no space for it on campus. What reason for denying these students official recognition on campus? It must be pretty serious if calling conservatives bigots and comparing them to people who cavort with rotting corpses doesn’t rate a ban, right? Not really:

Specifically, faculty members objected to a statement in the group’s founding document, the Sharon Statement, declaring that communism is the greatest threat to individual liberties.

Gee, whiz, that’s…terrible? Lots and lots of folks died under communism (more accurately, starvation due to communist policies, but bear with me)…is it so great a stretch to believe that death can put a real hamper on a person’s individual liberties? Perhaps this is an extremist view, but the Young Americans for Freedom aren’t attacking people, they’re attacking an economic and political system.

I don’t understand the confusion of ideas that leads to “SATANISTS = GOOD, ANTI-COMMUNISTS = BAD,” but let’s see if there’s more to the story:

“…YAF’s founding document, the Sharon Statement…the professors interpreted as ‘not being kind to those who had a communist background.’”

A reading of the Statement, from 1960, doesn’t seem to attack (or otherwise is “not being kind”) the unfortunates who had a communist background. Perhaps I’m being condescending by calling them “unfortunates,” but everywhere there has been communism, there have been people willing to risk death to escape it.

There was a time when people dying trying to cross the Berlin Wall was regular enough, when people building rickety boats to escape Cuba was a seasonal event. Perhaps that was in the past, but when we interview people who escaped the communist utopias of North Korea or whatever, they consistently indicate being happy to escape.

On the other hand, it’s fairly rare for people to build boats, tunnel under barbed wire, or risk machine gun fire to escape from non-communist societies into communist countries. Has anyone risked death to escape a capitalist country, ever? In an era where “we are tolerant of everything because everything is equal” this is a strange lapse in behavior, but I digress.

But I don’t see the YAF, or anyone else, as unkind to the victims of communism, and there’s nothing in that Statement to such an effect.

This isn’t an outright rejection, to be sure, the university will reconsider the application, with a string attached:

A university spokesman, however, disputed the characterization of the Faculty Senate’s decision as a rejection of the club, saying the request had merely been “deferred” until the students could satisfy school officials that they will treat classmates, even communists, with respect.

Weird. I’ve never seen a university concerned with treating conservatives with respect, and it seems my blog has quite a few cases where quite the opposite is true. Time and again it seems like the non-Left side has to work harder to get the same breaks as the Left. It’s not just my blog that shows there’s a strong anti-conservative bias on campus.

This little rejection is minor news, I admit…but it’s one more piece of evidence that there may be more going on that can be explained by corruption and incompetence. One comment really sums up the situation:

You know academia is out of control when professors in Alabama prioritize being kind to “those with a communist background.” Alabama. Seriously. Alabama.