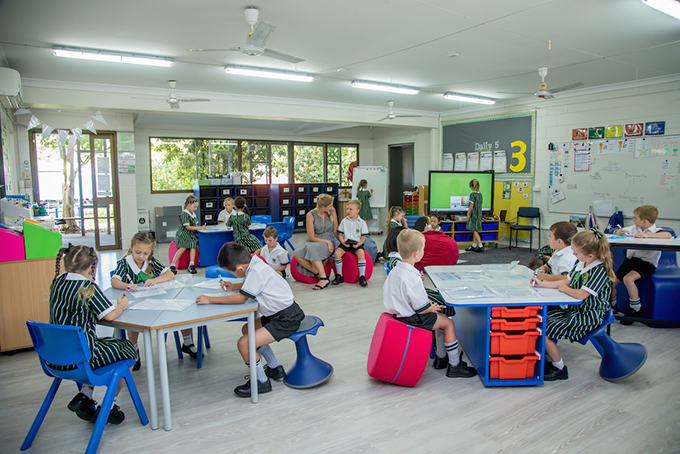 This week, the royal commission into disability heard horrifying stories of children’s experiences in the education system. It is no wonder children with disabilities are over-represented among the tens of thousands of Australians who leave school before finishing year 12.

Many early school leavers are bored or disengaged; some are escaping bullying, while others do so due to poor mental health. Some who exit say they simply didn’t fit in the mainstream system.

Early school leavers are more likely to be involved in the justice system and suffer from worsening mental health. They also enter adulthood without skills or qualifications they may need to gain employment.

One way governments have addressed this issue is to provide flexible learning options, which cater for the unique needs of students. The aim is to help them stay connected to learning, but so far, evidence of their value has only been largely anecdotal.

These schools or programs come in the form of community spaces, school annexes, stand-alone spaces and a growing number of independent schools. They have many names, including flexi schools, alternative education and flexible learning programs.

These programs are usually on the edge of the education system, which is one of the difficulties in tracking the outcomes for the disparate range of programs. Our research was conducted in South Australia, where the programs are more embedded into the state’s education system. But even here, the actual figures of early school leavers involved in these programs has been hard to come by.

What we did find, however, is a lack of significant benefit – in terms of school retention and later employment – to the programs’ participants. Despite the good intentions, it seems the flexible learning options are simply acting as a convenient safety valve for students who the mainstream has abandoned.

Our research was an analysis of several sources including government reports, records and parliamentary speechess; and relevant academic literature and news articles.

We found students with disabilities represent 8.5% of the mainstream school cohort in SA but 19% of students in flexible learning programs. Figures for Indigenous students are 5.6% and but 14% respectively.

SA’s flexible learning options have a common set of positive features. They usually have a higher number of staff per student than mainstream schools. The composition of staff is different too – it includes youth and social workers as well as teachers.

Flexible learning options emphasise case management for specific needs, with attention to personalised learning programs and remediation. The removal of structures such as uniforms, age-graded lessons and strict discipline codes are a positive alternative for students disengaged from mainstream schools.

… but the outcomes are uncertain

Students and adult workers report high levels of satisfaction with flexible learning programs but the reality of low educational attainment and lack of meaningful pathways  puts the efficacy of these programs in doubt.

Completion of the year 12 certification or its VET equivalent is under 5%, compared to a rate of 52% for SA government schools.

One of the SA governments’ stated aims for introducing flexible learning programs was to provide qualifications so students entered adulthood with a fighting chance of employment.

We have seen reports evaluating flexible learning options, conducted for the SA education department by private consulting firm ARTD, which have since been removed from the internet. They noted there was a lack of information about the destination of students exiting flexible learning program but a destination survey estimated that only 3% secured employment of any kind.

So, what should we do with disengaged young people?

What to do with young people who leave education early is not a challenge unique to Australia. Canada, the US and UK have all taken concerted actions to deal with the issue of students dropping out, with varying success. In the UKm a system of studio schools, and university vocational colleges, were established to cater for students outside of the mainstream, with limited success.

Some of the charter schools the USA hide the issue of high-school dropouts by enrolling students who would otherwise fail.

Schools need to be responsive to the most disadvantaged students and not seek to exclude them to a lesser form of education. Mainstream schools should reassert their purpose of being for all students and examine how they can offer more engaging and inclusive schooling practices that enable more hopeful futures.

Author Bios: Nigel Howard is a Doctoral Candidate at the University of South Australia, Andrew Bills is a Researcher into Educational Leadership and Policy at Flinders University and David Armstrong is a Senior Lecturer in Special and Inclusive Education at RMIT University