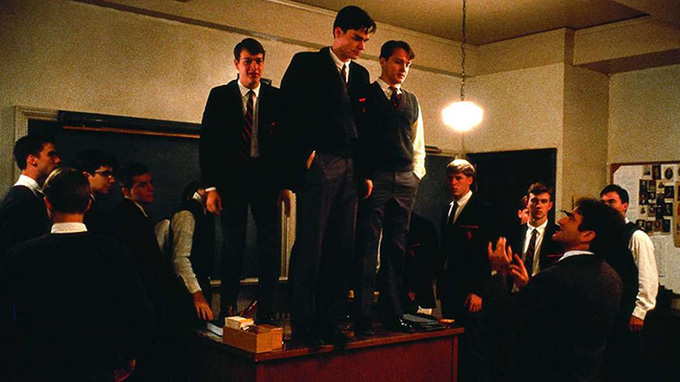 As the 30th anniversary of the movie Dead Poets Society arrives in June and the 200th birthday of the American poet Walt Whitman also passes, fans of the 1989 movie can take a moment to wonder at its inspirational grip.

The film, considered for some as a dramatic highlight of Robin Williams’ career, told the story of students from a conservative elite school and their new teacher, John Keating, who delivered passionate recitations of Whitman.

Keating’s unorthodox methods include teaching while standing on the desks and outside. Under Mr. Keating’s influence, students start to meet out of class time and share their own poems. The last scene of the film shows Keating’s firing in what has become an iconic scene, with students standing up their desks saluting him with a Whitman verse:

The movie is about the impact of the teacher-student relationship on the learning process. Mr. Keating is able to develop something special with his students: rapport.

Rapport is a French word which means a harmonious and sympathetic connection in a relationship, producing a kind of bond that produces gains in people’s connection. It suggests a kind of click or chemistry between people or groups.

In my post-doctoral studies, I am examining post-secondary undergraduate students’ perceptions of rapport, and how it impacts their academic performance.

Rapport is not a personal characteristic but rather a phenomenon that can happen as a result of an interaction of people.

Studies of rapport are not new. Sociologists Robert Park and Ernest Burgess examined rapport in their 1924 book Introduction to the Science of Sociology. Not long after, scholars began exploring how rapport was relevant to student output. 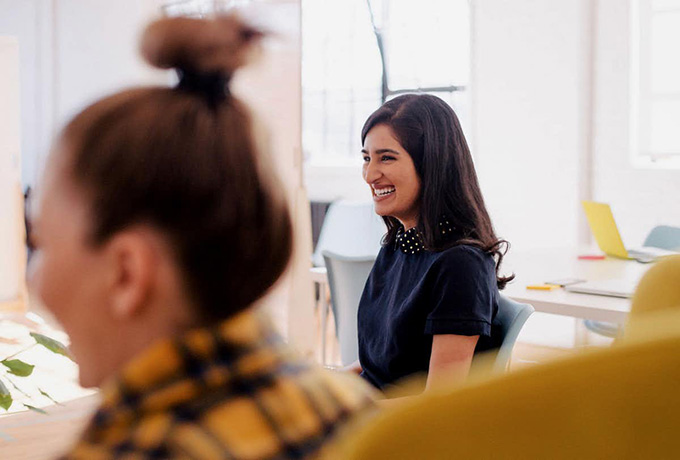 Using humour is one way of creating rapport. you x ventures/unsplash

Rapport has been the subject of study beyond education in a variety of fields. Marketing researchers highlight the relationship between companies and customers, while medical researchers consider the importance of physician-patient contact.

Teaching is one of the fields most related to rapport, since a teacher, instructor or professor’s work consists of interpersonal contact with large groups of people most of the time.

For teachers, the quality of that student-teacher rapport in real life is not always a Hollywood fantasy but research suggests it matters for both student and teacher satisfaction.

Several studies show positive effects of rapport in student performance. Researchers in the field of psychology have found when undergraduate students experience rapport with professors, attendance is greater, students study more, tend to enjoy the subject more and fewer students drop out.

However, the positive effects of rapport are not only realized by students. Communications scholars have argued rapport produces teaching satisfaction and commitment to the institution. The impact of rapport may also contribute to reducing classroom conflicts.

Almost everyone has felt rapport with a teacher — and if so, you probably remember him or her today. Do any of these elements of rapport ring a bell?

Psychologists focused on body language highlight the role of non-verbal behaviour in increasing interpersonal rapport: think body language such as head nodding or mirroring the other person in posture.

In an article “Do your students care whether you care about them?” (the answer is yes), psychology researcher Stephen Meyers suggests professors can focus on both “verbal immediacy” and “physical immediacy” as ways of creating rapport with students: for example, addressing students by their names, using humour, smiling while talking or moving around the room while teaching.

Meyers also notes that some professors at the university level fear “they could be too permissive if they connect with their students.” In the age of #MeToo it is understandable that attention to ethical and respectful boundaries is a realistic and appropriate concern. After all, let’s not forget Mr. Keating loses his job.

So, dear teachers, as life imitates art, put some effort into how you build rapport with your students — perhaps without walking on students’ desks!

Author Bio: Lenin Cavalcanti Brito Guerra is a Post-Doctoral Fellow at the University of Saskatchewan