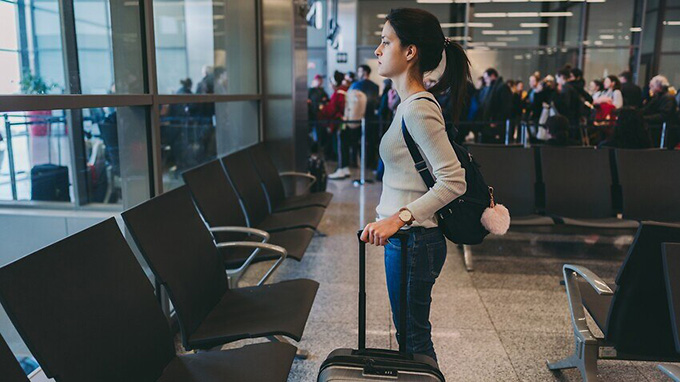 It’s looking much more likely that international students will be able to return for the first semester next year, with international travel for Australians opening up from November 1.

From that date, there will be no cap on the number of fully vaccinated citizens and permanent residents able to fly into New South Wales. In response to NSW Premier Dominic Perrottet’s announcement last Friday, Prime Minister Scott Morrison also confirmed fully vaccinated travellers won’t have to go into quarantine in NSW.

This is an important moment in the transition to COVID-normal. One by one other states will follow NSW’s lead. Victoria is likely to be the next cab off the rank.

NSW is keen for inbound travel to resume also for international students and tourists. However, the Commonwealth has adopted a staged approach. As Morrison explained on Friday:
“In the first instance, it will be for Australians, Australian residents and their families. We’ll see how that goes and then we’ll move to the other priorities, which I’ve already set out as being skilled migration, as well as students to Australia.”
To date, only small numbers of students have been able to apply for a travel exemption to enter the country. They include research students with Australian government funding and medical, dental, nursing or allied health students who will undertake work placements, and secondary school students in years 11 and 12.

What are the plans for students?

Some other students may soon be able to enter under plans for international student arrivals agreed to by the Commonwealth and the relevant state or territory. Numerous pilot plans have been announced and later abandoned over the past year.

Only one plan is currently in place, and it is yet to begin. This plan will allow up to 250 international students studying with NSW education providers to return each fortnight from early December 2021.

Victoria’s recent proposal will at first allow 120 currently enrolled students nominated by universities to enter the state each week. Numbers are to be expanded to more students and other providers over time.

These proposal require students to quarantine for two weeks, with universities to cover the bulk of the A$5,000 price tag per student. If implemented, these plans would allow for only about 1,500 additional students to arrive in NSW and about 2,100 in Victoria before first semester. But these small-scale plans are likely to be short-lived, and will soon give way to less complicated and costly arrangements for incoming students.

The scale of international student arrivals will grow steadily once borders begin to open. When states and territories reach the 80% double vaccination rate they will open to returning Australians as the priority. It’s likely be expressed as “getting Aussies home for Christmas”.

How many returning students can we expect?

The shift away from hotel quarantine removes the major constraint of hotel capacity. The limiting factor on the number of returning students will be the availability of international flights in early 2022.

The majority of the students stuck offshore are in China, for two reasons. Flights from China were stopped early in 2020 before other countries were affected, and Chinese students have been more willing than others to begin their studies online.

We can expect to see a flurry of new students applying as soon as it is clear the border is open to them. And many Australians will be taking advantage of their newfound travel freedom over the summer and will also be wanting return flights.

So can we manage that many arrivals?

The big question now is will there be enough inbound flights for all these returning Australians and international students over the summer? In pre-COVID times, this would have been a walk in the park. There were 21.3 million international arrivals in Australia in 2019, or around 1.8 million inbound passengers per month.

It will take a long time to reach those numbers again, but the key point is that airlines have ample capacity to allow Australians to travel over the summer and students to arrive on campus in 2022.