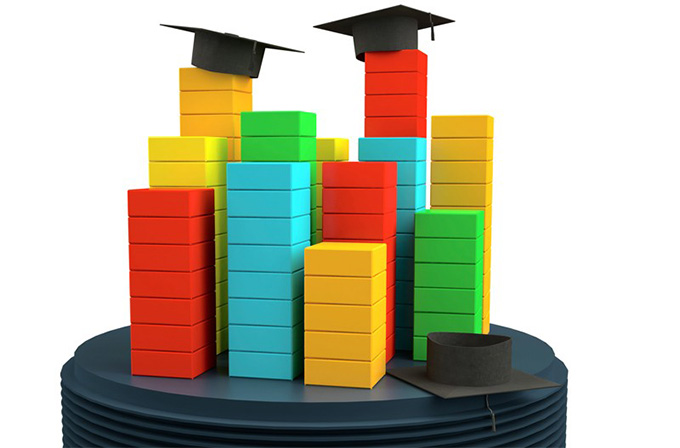 Critics have argued rankings have been a distraction for universities and distort the decisions they make. It is not hard to understand where this comes from. There is certainly evidence that Australian universities have invested and changed what they do in response to rankings. Getting a better rank has been reflected in some universities’ strategic plans.

New #JHEPM SI article by Leah Dowsett on how univ rankings have been part of strategic planning since 2003 at @CurtinUni @QUT @Deakin @UOW. Causality and implications are complicated, but definite trend. Part of the @LHMartinInst #MTEM 2020 SI. @atemassoc https://t.co/j8TB2YYOib pic.twitter.com/k0zUTXgOUz

Federal Education Minister Alan Tudge recently indicated he believes universities should shift their focus from chasing rankings. That’s a change from only a few years ago when the then federal treasurer, Joe Hockey, favoured this as a goal while delivering the budget.

What drove the pursuit of rankings?

At times the pursuit of rankings success is portrayed as vanity — everybody wants to be recognised as achieving — but this is a superficial explanation. Rather, the enthusiastic rankings chase comes about because a high position in the league tables is seen to attract international students.

Australia has been an attractive destination for a significant proportion of all students who leave their home countries each year to study higher education overseas.

At the recent peak — probably somewhere between 2015 and 2019 — Australia had nearly 7% of the world’s overseas students. By some estimates Australia was in line to be second after the US. Not bad for a nation of 25 million people.

Success in the international market created a “virtuous circle”. High rankings brought in students, who were willing to pay fees, which in turn funded university operations and especially research, which brought higher rankings. So the cycle went.

University rankings are toxic and it’s amazing to see the vice chancellor of one of Australia’s most prestigious universities actually acknowledge it.https://t.co/GZdt4pCI3f pic.twitter.com/mOBIXzfQ5J

When the circle is broken

This cycle has fallen victim to the global pandemic. Closed borders mean international students have little prospect in the near future of setting foot in Australia. They have been asked to accept online courses as a temporary substitute, but it is unclear if demand can remain strong with borders shut.

If international students go elsewhere, the attractiveness of pursuing a high ranking diminishes.

But this is only part of the story. Even if universities dismiss rankings, it will not change the fact that the “virtuous circle” has changed how Australia funds its university system.

Rankings have been a means not an end. They helped attract international students whose fees cross-subsidised research but also all the other activities, including — yes — some of the full cost of educating domestic students. Australian universities have a structural funding problem.

Which is perhaps one reason why Tudge argues:

“COVID presents us with an opportunity to reassess the impact our universities can have, and to refocus on the main purpose of public universities: to educate Australians and produce knowledge that contributes to our country and humanity.”

Identifying the problem is one thing, finding workable solutions is another. It is a worthy aspiration that the minister wants “academics to become entrepreneurs, taking their ideas from the lab to the market”, especially when they are “properly rewarded for their breakthroughs and their engagement with business”.

What is not clear is if this can be more than an aspiration and if it can help address the structural change in the revenue base for Australia’s universities; one that has allowed them to do a lot of things, including supporting academics to be entrepreneurs.

The question now is what is Australia to do next if the virtuous circle is not remade?

Australia needs to be careful in its answer to this challenge. Universities will probably need to be more modest affairs.

We need a public conversation about how they downsize. Universities have become too reliant on casual labour, which now accounts for about a quarter of the academic workforce (in full-time equivalent terms). This imbalance is having real consequences for the future academic workforce with implications for the quality of education.

Universities are going to be more reliant on public funds than in recent decades. This means greater public trust in universities needs to be built quickly.

If universities continue to be a low priority for the public at the ballot box, they might be further victim of political expediency. Governments might be tempted to focus on other pressing issues and hope the international students return and the issue resolves itself.

Australian universities may have now passed “peak ranking”. That forces us to contend with the reason rankings were so popular in the first place.

Author Bio: Gwilym Croucher is Senior Lecturer, Melbourne Centre for the Study of Higher Education at The University of Melbourne