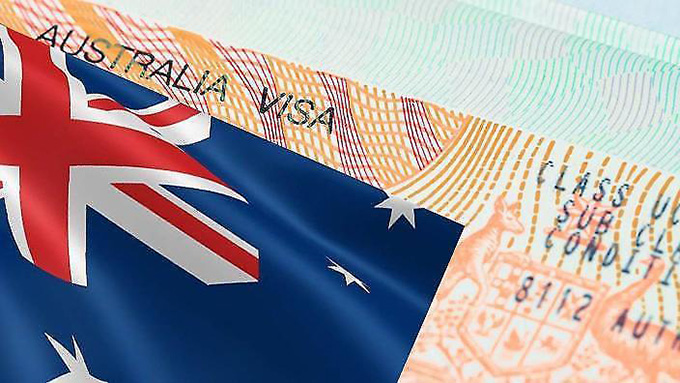 The 485 visa was introduced in 2008 and updated in 2013, taking on recommendations from the 2011 Knight Review, which recognised post-study work rights for international students as crucial for Australia to remain competitive in the education export market.

In our recent study, we examined the effects of the 485 visa policy on international students in Australia and on the labour market.

Out of the visa holders we surveyed, 76% said access to the visa was an important factor in their decision to study in Australia. And the majority of past (89%) and current (79%) 485 visa holders in Australia participated in the labour force. (Past holders of the visa refer to either those who have returned to their country or remained in Australia but moved on to another visa).

But many graduates did not work full-time, and they did not necessarily work in their field of study. A considerable number of graduates were employed in retail, hospitality or as cleaners.

We collected data through an online survey from 1,156 international graduates, some of whom are in Australia and others back in their home countries. We also conducted in-depth interviews with students and other key stakeholders such as employers.

Our analysis included that of government figures and policy.

Up to 56% of current visa holders either worked outside their field of study (35%) or were unemployed (21%), which puts these groups at risk of financial stress and vulnerability.

Australian government data shows occupations such as “sales assistants and salespersons” as well and “cleaners and laundry workers” are in the top three for 485 visa holders across all occupations.

We asked participants to rate how satisfied they were (on a five point scale form extremely dissatisfied to extremely satisfied) with their employment experience while on visa 485. There was an overall satisfaction rate of 66%.

Those who reported being dissatisfied did so for five main reasons:

One international graduate told us:

Most of the employers don’t know what post study work visa is […] when I was applying for a job […] the recruiter liked my profile but in the last stage, when I told them I am on temporary graduate visa, they don’t know what exactly is it and they don’t care for the explanation you give about the same […] 50% of the good jobs out there ask for PR and citizenship when the term they offer employment for only one year.

It’s important to note, however, that the education department’s Graduate Outcomes Survey also indicates that since the Global Financial Crisis, domestic graduates have also taken longer to gain employment, especially in their area of expertise.

Many international graduates identified a number of benefits to the 485 visa. Some saw the visa as a way to buy time in Australia to enhance their English language proficiency, acquire different forms of work experience and develop professional and social networks.

In other cases, international graduates were able to repay their study loans while working in jobs unrelated to their field of study.

Working in odd jobs also helped some international graduates improve their communication and soft skills. These are necessary for them to get their foot in the door and gain employment that’s more appropriate to their qualifications.

It’s important to raise local businesses’ awareness of the temporary graduate visa, its purpose and scope to decrease stereotyping and give international graduates more of a chance to gain skills in their field.

It’s crucial for the international education sector, universities and related stakeholders to have specific campaigns, as well as flexible and practical approaches to align employers’ needs and international graduates’ strengths.

Importantly, this option needs to be communicated clearly to employers to address their concerns and hesitations about the short-term nature of the temporary graduate visa.

It’s in Australia’s interest to ensure temporary graduates on 485 visas gain employment in their field. This will deliver benefits to local businesses, community and the economy. Positive employment outcomes will also enhance Australia’s reputation for international education globally.