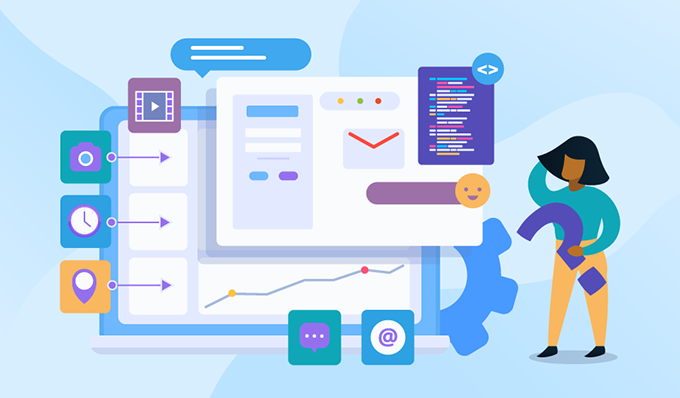 Feature creep causes costs to spiral out of control. Television programmes which document house-building renovations rely heavily on feature creep for their drama – oh no, they decided to add gold plated taps at the last minute meaning they have no money for the roof and winter is coming. Oh no. Will they make it?

Feature creep is not a new thing. It has a long history. The seventeenth century Swedish warship, the Vasa, sank one mile into its maiden voyage because of feature creep. Too many guns, decks and carvings had been added during its construction. (The over-decorated and top-heavy Vasa now has its very own museum in Stockholm, disappointingly not called Feature Creep Museum. Now just imagine what a feature creep museum would contain. Hyped up university software anyone?)

By now I’m sure you can see how the term feature creep might be relevant in academic research.

Feature creep in research is when you add onto your initial plan in ways that endanger the whole enterprise, when doing more actually means you will have trouble staying afloat. Feature creep is a particular danger for people doing time-limited or funding-limited research – or both – as adding on may mean you just can’t get the work done.

Well, they’re not easy questions to answer. Let’s start by acknowledging that there are serious risks in adding more and more to your research. And infuriatingly, risks in not adding.

Because no research project is ever entirely comprehensive, there’s always the possibility of doing more than we initially planned. When we find ourselves faced with adding more, we need to take ourselves firmly in hand and ask whether we really need the data equivalent of more guns on deck to answer our research question. And can we afford the time to add on data – not only the time to generate but also to analyse a whole new lot of stuff?  Will adding on this additional bit mean that we then need to add on even more – the equivalent of the guns need carved stands for their operators?

And if you think this situation doesn’t happen, well… I have seen more than one doctoral researcher add more and more data just because they could. It seemed interesting. Perhaps even helpful. But at the end they found themselves with stuff they couldn’t analyse or include – and they also ran perilously close to their absolute deadline. While their research wasn’t the equivalent of the sinking Vasa, it was a near miss.

But there are the risks of not adding on. Because we don’t know what we are going to see and hear during our research, we do come across things that we hadn’t anticipated. And some of those things start out being of potential interest and, when we follow them up, turn out to be really important. We just can’t foresee all of the significant events, documents, occasions, groups, phenomena we may find. And when we encounter something of possible importance, then we have to decide whether to take the risk and follow it up – or not. Is this just an ornamentation to the research – like extra carvings and decks – or is it actually something that could change the research for the better?

And if you think this situation doesn’t happen, it certainly does. A lot. And after all, this is why we do research. We hope to find the unexpected. We hope to fall over something that is new to us. Something that helps us understand the situation we are researching. I certainly know doctoral researchers who come to a point in their work where they’ve had to make a choice about whether to follow a potentially interesting line of data generation or not. In most cases, adding on or changing direction has paid off.

The question to ask at this point is whether you are looking at feature creep or not.

And deciding whether you are looking at a situation where you need to set follow-on, add-on temptation aside or go with it is tricky. The answer may not be immediately obvious. As painful as it may be, there are times in research when you need to say I’m sticking to my plan and noting there is more I could do = that’s for next time. And working out the answer to the risky feature creep question is something that doctoral researchers really do need to discuss with supervisors.