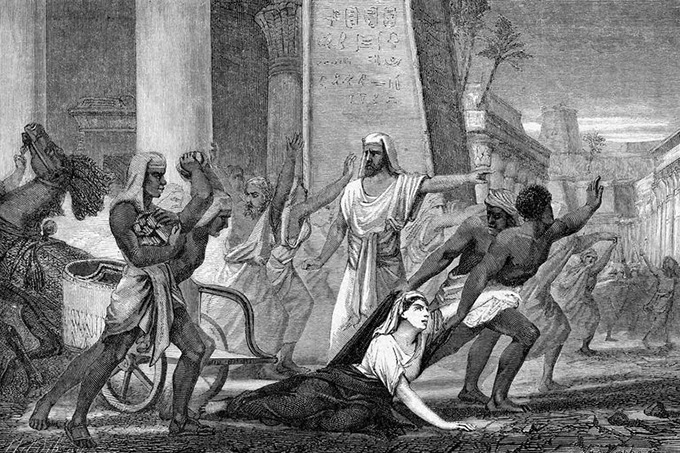 The mathematical Hypatia of Alexandria climbs into a DeLorian DMC-12 well loaded with plutonium. Enter the date of October 21, 2015. It accelerates to 88 miles per hour and… it appears 1,600 years later. If Marty McFly, the protagonist of Back to the Future II , finds notable differences in a journey of barely 30 years, Hypatia finds his journey shocking.

To begin with, he does not understand the language. The change from ancient to modern Greek over the centuries has been such that even in Greece he does not understand anything. Fortunately, the Hellenists Antoine Houlou-Garcia or Antonio Guzmán Guerra offer themselves as interpreters during their stay. They are the preparer and translator, respectively, of the book Mathematikós: Lives and findings of the mathematicians of Greece and Rome , recently published in Spanish, and they have a special interest in knowing this mathematics.

The book itself is a kind of time machine that transports us to Greek and Roman antiquity (without the need for plutonium). It collects the main original mathematical texts of that time, whose theorems and discoveries are widely known today, but which we have rarely read in their original formulations.

The motivations behind these texts and the way in which the mathematical findings are presented give us many clues to the contrast that Hypatia finds on her journey to the 21st century.

The surprise of scientific articles

Upon arrival, Hypatia is surprised to read the introductions to articles published in specialized mathematical journals. Aesthetic considerations, which she used to see as the motivation for many of the mathematical results she knows, are no longer mentioned. Instead, current articles often solve open problems that have arisen from previous publications, or demonstrate whether other people’s assumptions are true or false. Other times, the questions addressed arise due to their potential applications to physical, biological problems, etc.

Our protagonist enters a mathematics faculty and learns that, too many times, these applications are mentioned for the sole purpose of convincing funding agencies of the usefulness of research. This is necessary due to the growing and worrying trend of financing only what is useful in the near future, and which affects all areas of knowledge.

In history, however, there are also cases where applications have been essential to develop new mathematics: paradigmatically, Newton consolidated the infinitesimal calculus as a general method to solve a multitude of different physical problems. Knowing this case, Hypatia remembers Archimedes’ text entitled On the Conoids and Spheroids , where the rudiments of this branch of calculus are perceived.

The way to present the results

Beyond the motivation of the mathematical results, Hypatia is amazed to see to what extent the way of presenting them has changed. Theorems such as the identity of Diophantus were originally proved through an example, with concrete numbers. Starting from the example, it is easy to deduce the general case, which does not depend on the values ​​of these numbers and is left implicit.

Although it is not clear if these two authors were contemporaries, and Diophantus’ text has come down to us only through its Arabic translation, Hypatia may have known the original version. In any case, she notes that the passing of the centuries has favored abstraction: nowadays all proofs must be as general as possible, expressed through variables (denoted by letters) instead of concrete numbers.

Where are the geometric figures now?

The abstraction inherent in mathematics is made explicit in modern texts in other aspects as well: the geometric objects currently studied are described with words and mathematical formulas, without relying on the concrete figures that she usually sees as an essential part of some demonstrations.

She soon realizes, however, that these figures are of little use beyond the Euclidean geometry she was familiar with. However, its use is still valid in certain contexts: some geometric proofs such as those of Euclid’s Elements are studied in secondary education.

Hypatia’s mathematical vocation, however, is not questioned by these differences in style. In fact, it is reinforced when noting that the concept of mathematical proof has remained intact since ancient times: certain hypotheses are assumed and, using logical rules, consequences are deduced from them.

Even a particular type of demonstration has survived, very prevalent then and now. We speak of the reduction to the absurd: to a set of hypotheses accepted as true, the opposite proposition is added to the one that is to be demonstrated. Thus the deduction leads to a contradiction. Logic indicates that the added hypothesis is false; that is, the proposition to prove is true.

The logical reasoning behind mathematics also supports philosophy. Although the passage of the centuries has separated these two areas, for Hypatia they constitute one. And what comforts him the most is that his social status has been maintained over time. As Aristotle said of Thales of Miletus, “it is easy for philosophers to get rich when they want to; but… that is not why they strive ”.

Author Bio: Patricia Contreras Tejada is a Researcher in mathematics and quantum information at the Institute of Mathematical Sciences (ICMAT-CSIC)