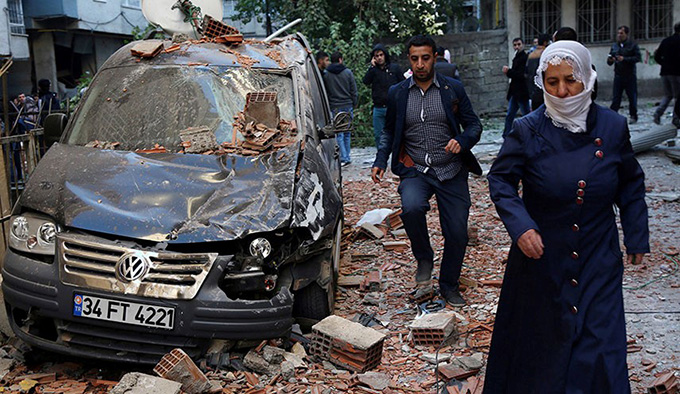 I write life for those who can catch it in a breath, in an exhale. Like one picks a fruit on a branch, like tearing out a root.
– Asli Erdoğan, from Taş Bina ve Diğerleri.

Until very recently, Turkey was the place to be. The country offered space for everyone: all shades of Islamists and nationalists were becoming very comfortable, women were all around, LGBTIQ activists were proud, the secular and Kemalists continued on their way, and minorities were achieving recognition of some of their basic rights.

We were starting to unpack years of denial about the existence of the Kurdish citizens of Turkey, and also starting to face the violence that accompanied the creation of the Turkish nation state. It was chaotic, violent, but it was also full of promises.

Diyarbakir, the historical and symbolic capital of Kurdistan, which has been torn apart by war over the past 30 years, was blossoming and attracted thinkers, artists, investors, researchers and settlers. Istanbul was shining, a historical jewel on the Bosphorus.

Injustice was everywhere, but we talked of justice. Cultural and intellectual life was vibrant, exciting, full of translations and experimentation. Those living abroad came back and enjoyed it. Foreigners from the West and the East wanted to dive in it too. We had never been so close to peace.

Today, our democracy is under very serious threat. The threat does not come from a foreign power, but nor does is it come from the attempted coup d’état of July, 15 2016. It really began with a series of elections in 2015 that cemented President Recep Tayyip Erdoğan’s power.

In the upcoming referendum of April 2017, Turkish citizens will vote on constitutional changes that might well kill our democracy. The proposed changes include replacing parliament with an executive presidency, and abolishing the office of the prime minister.

The referendum will take place under a state of emergency, imposed in the aftermath of the failed coup. It will happen while a large part of the political opposition is in prison or in exile, thousands of civil servants have been deprived of their citizenship rights, and armed men patrol the streets.

The mastermind of this democratic simulacrum is the President of the Republic. 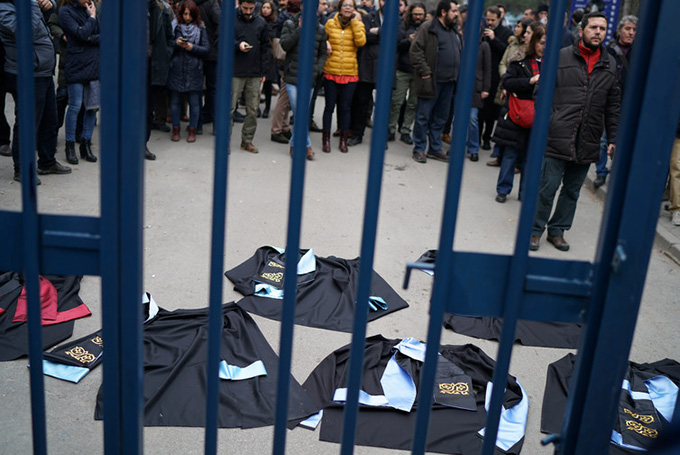 Academics lay down their gowns during a protest. Umit Bektas/Reuters

Over the past five years, people have resisted and tried to cultivate democracy. This resulted in a sometimes scary but often enjoyable and highly educational explosion of pretty much all known social movement practices, legal and illegal, armed and peaceful.

But nothing worked. The president is just too smart, too brutal, and too successful. We lived and died through a tragic series of bombs attacks, and we saw whole cities put under curfew and bombed out, always followed by media bans and impunity.

The whole country has been subjected to constant racism and sexism. The attacks are on the minds, on bodies, on private property, on public goods and institutions, and on the commons.

It is very hard to express how so much destruction affects daily life. What does it mean to have 150,000 people “purged”, 89,0000 people arrested, and 49,000 people incarcerated within six months? Can the state really just cancel your passport and freeze you bank account? Why are so many qualified people now unemployed, and why has their right to work been taken from them? Can your property really just become theirs, because the official journal says so?

Do these men really think that women will quit laughing in public and start making babies for the nation? Can you really just keep someone in prison for months because you feel like it? Who are all these men who scream in public that they want more blood, our blood? Why are all the others nodding in silence?

The numbers are frightening, like in all authoritarian regimes, but something also needs to be said about the quality of our lives.

Over the past year, many of us have experienced prison, exile, lost rights, been insulted, threatened, and abused in public by state officials and lay people. Some had to pack a bag and leave their life within a night. Others regularly go to court to defend themselves, their friends or their colleagues. The streets are grim and houses are no longer safe.

Prisons cells are dirty and there too, your rights are not respected. It takes a lot of flexibility to manage it all. Most have reached the limits of what their dignity can take, and we are all doing the best we can to keep going.

Before, most of us had pretty normal lives with jobs, kids, lovers, duties and holidays, just like you. Who are we? Who are all these people that the Turkish state is trying to silence? Some are short, others tall, old and young, with glasses, ties, piercings, long hair or no hair.

They are the doctors who heal our wounds, the lawyers who defend our rights, those who grow our food, and teach our children. They are the translators of major literary and scientific works into the Turkish and Kurdish languages. They are scholars who have produced and shared knowledge about our history, our society, our economy, our arts and sciences for years. 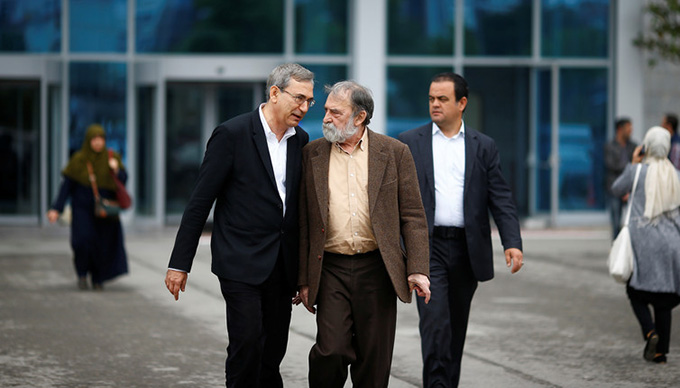 They are the people we are used to listening to on the radio, following in public debates on television, those we read on a daily basis in newspapers, the people whose music we listen to and novels we read.

We are all actually just people who went on with our lives, tried to be productive, and sometimes ran into each other in the streets. We all refused to give up on our most basic rights and freedoms. The most precarious got hit first, and now even the most successful and privileged face blatant injustice. Whatever our individual plight, we have all been banned from our own lives.

For some, this is the first real encounter with state violence. Others, particularly Kurdish citizens and politicians, have already spent years of their lives in Turkish prisons, sometimes up to 15 precious years. They have been tortured and lost their loved ones. Despite all the horrors they survived, today, from their prison cells, they continue to call for democracy. Can one feel anything but shame to know they are behind bars again? 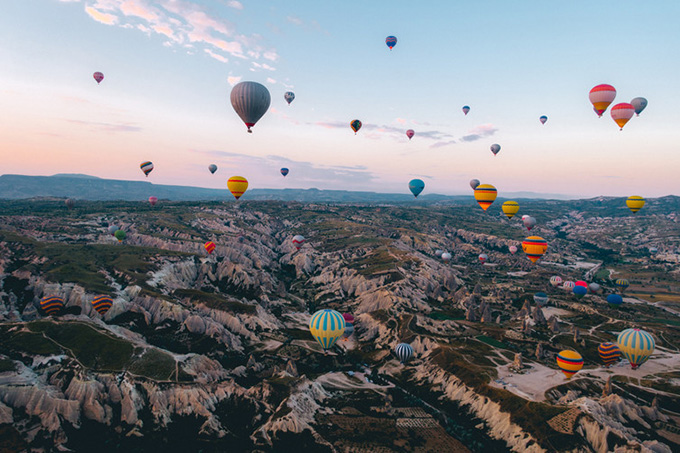 We will be back

There can be no justice and no democracy while all these people are in prison. The state of emergency needs to be lifted and all the arbitrary decrees cancelled. Yet, in the run up to the “democratic” referendum of April 2017, we see only bans, arrests, destruction, civil deaths, and very real dead bodies.

All those who are currently mounting the No campaign for the referendum know that their songs and their jokes are not fit to fight an armed machine fuelled by nationalist rage and greed.

We know that trying to remember our softness will not save us, but it will keep us true to ourselves. We also know that more blows are coming, and we search for ways not to break, to melt a little, twist, and maybe punch back.

We walk with the painful and respectful memory of all those we lost on the way. We know that self-care and solidarity are necessary and political. And in celebration of our diversity, we continue to demand justice for all and to desire peace.

Author Bio: Çağla Aykaç is a Researcher at the University of Geneva