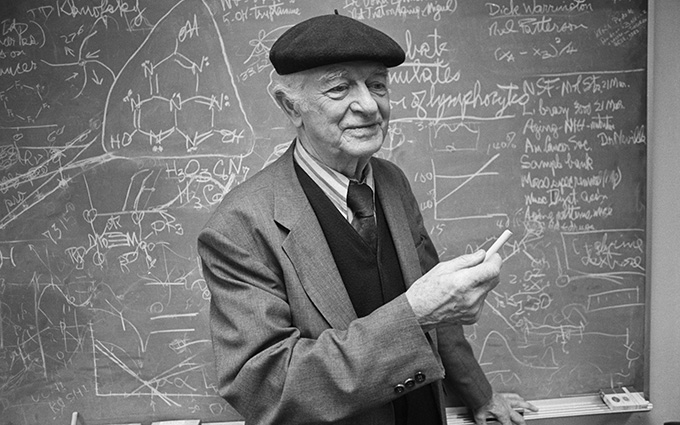 People, even very educated people, say some pretty stupid things at times, but how exactly did this level of idiocy actually make it to this level of publicity? Once the stupid thing was said, was there truly nobody down the line of communication who said “Wait. What?”?

I learned Spanish from a Cuban, and Mandarin from someone born in China, and many of my mathematics courses were taught by people with a different skin than me (they were primarily from India)…it never occurred to me that their ethnicity could possibly prevent me from learning.

I’ve quoted but one line, above, but it’s such a train wreck that I feel the need to parse it out, the better to highlight on just how many levels this is wrong:

How bizarre is it that “old” is a slur in reference to a teacher? For thousands of years, it was generally understood that old people were more likely to know things than young people…but now it’s a problem.

What has happened to us that this sort of racism is acceptable? Imagine the screeching in the media if someone complained that they couldn’t learn from a black person.

Again, I’m confused. If you’re learning an academic subject, shouldn’t you learn it from an academic or at least consider that a positive? If I wanted to learn, say, professional wrestling, I’d be very honored to have Hulk Hogan as a teacher, even though he’s an old white wrestler. It’s just nuts how stupid this all is, but the quote continues:

Beyond the stupidity, the whole “unable to teach” line represents what’s happened in higher education. In times past, the only people on campus were those that were interested in learning. Yes, sure, there were and are bad teachers, but for the most part if a student isn’t learning, it’s the student’s fault. Now if a student isn’t learning it’s because the professor is “unable to teach.”

Already, we’ve reduced grading so that an A- is the average grade, we’ve reduced coursework so that many courses require insignificant levels of reading or writing, and we’ve changed campus policies so that students can fail and drop courses for years and yet stay on campus, racking up debts instead of going off to do something productive.

But, yeah, it’s the teacher’s fault if the student fails in this environment.

Why is the inherent racism here not a problem? Ok, the rest of quote tries to explain away the racism:

That’s right, the blatant racism is excused because of potential racism. You know, the people I learned from were potential murderers…it never occurred to me that this means I couldn’t learn from them.

If we’re really going to use “potential” as a reason to get rid of people, well, hey, every administrator on campus is a potential child molester, let’s get to it! I know, it doesn’t work that way, I’m just highlighting the intellectual dishonesty here, on top of all the other problems.

Alexandria, in Africa, was a research center for centuries, starting a few thousand years ago; scholars from throughout the world went there to learn and study…over the course of centuries, the issue of “we can’t learn from people with different skin color” never came up. The learning center in Timbuktu, also in Africa, had 25,000 students, over 500 years ago, and yet, somehow the varying skin colors of the teachers and students were never an issue.

Seriously, something is wrong with higher ed today. Already way off the rails, the study nevertheless manages to go further into the hinterlands of insanity:

“…under-representation of black people among the teaching staff, relative to the student body, made students feel ‘isolated’”

There are many subgroups of workers on campus where “white males” are under-represented (Hello Mathematics! Hello African Studies! Hello Gender Studies!)…and yet I don’t see any hue and cry to change that. I really can’t accept the people advancing this stuff are being intellectually honest until they start cutting back on the hypocrisy.

This whole report is just one long smear of racist foolishness, compiled to explain why certain ethnic groups don’t do well on campus. I won’t dare to hazard a guess, but the proposed solution, firing all the white people, is idiocy.

A more reasonable solution, by far, is to return to having entrance exams on campus, so that all the students coming in have at least a minimal level of academic training and ability. This won’t happen, of course, as that would cut into growth.

On the other hand, firing the academics would further undermine education, and thereby further administrative power on campus. It’s no surprise reports like this get written.

What is surprising is how few people on campus are pointing and laughing. Granted, faculty are too terrorized to laugh, but admin gushes about the great ideas here:

Dr Deborah Johnston, pro-director (Learning and Teaching) at SOAS, said: ‘We attach a great deal of importance to our diverse community here at SOAS. It enables a wide range of perspectives to be brought into the classroom, which greatly benefits and enriches the academic debates and discussions. Our diversity is something of which we are very proud.’

–SOAS is the fiefdom that printed the report. Hey look, another admin whose title is twice as long as her (what, you think she’d be an old white male?) name. Recall, titles this long are my standard for positions that can be safely removed with no impact on education and research, the actual purposes of higher education. Does anyone even know what a “pro-director” is, as opposed to just a plain ol’ “director”?

Luckily, the comments section shows that “deplorable” people can tell what a joke this all is. Let me highlight a few:

If I were to say, a black teacher can not teach or relate to white student’s (sic). I would be bagged and tagged a racist, and justly so.

What an incredibly racist assertion. Older academics are more likely to be white because when they graduated there were far fewer non white people in the UK. What are they supposed to do retire early to appease PC research like this?

Isn’t it amazing that everyone else can see what our doctoral-level administrators cannot? Why is that?

Again, as I see higher education engaging in idiocy that is completely obvious to everyone outside of campus, I’m forced to wonder just how long until the entire system collapses under the sheer weight of the incompetence.

Not long, I hope.