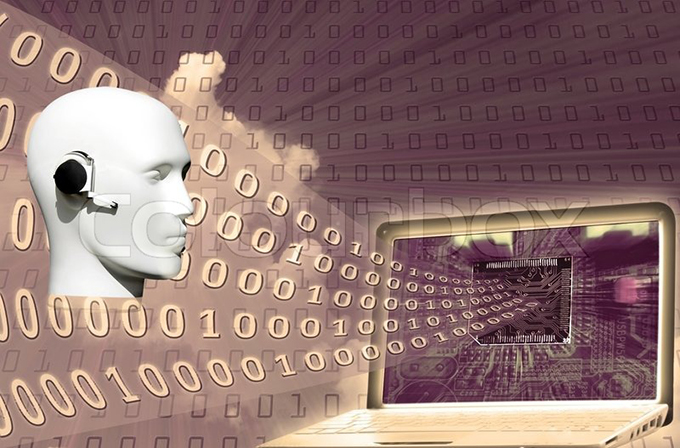 I have stopped counting the number of times that I have heard academics use “binary” as a description of contempt.

In academic conferences and workshops, the mere mention of the word provokes knowing smiles of derision towards those accused of “simplistic binary thinking”. Binary concepts – such as “us and them”, “man and woman”, “normal and abnormal”, “light and dark” – are portrayed not only as the product of rigid and inflexible thought but also as tools of discrimination used to maintain the domination of the weak by the powerful. A 2015 editorial in the Journal of Social Work Education warned that “binary thinking, which pits two opposites against each other” includes “the implicit hierarchical assumption that one of the two is inherently more valuable than the other”.

Such articles portray binary thinking as a dangerous foe that must be eliminated in order to make progress. Indeed, in recent times, binary thinking has often been held responsible for destructive political outcomes, such as xenophobia and racism.

Binary thinking is sometimes even presented as a psychological deficit – a symptom of anxiety, and a marker for intolerance of ambiguity and complexity. One psychologist, Mark Baer, argues that “healthy” groups need to “transcend binary thinking in favour of more sophisticated forms of decision-making”.

The call to eliminate binary thinking is linked to a wider project of altering the way that identities are conceptualised. For Jacques Derrida, one of the leading deconstructionist thinkers of the 20th century, the main task at hand was to subvert the binary oppositions that underpin the outlook of Western societies and overturn the prevailing hierarchy of meanings.

But the phrase “binary thinking” itself was not in wide currency until quite recently. According to the Google Ngram database, the first reference to it was in 1955, in a discussion of computers. Its first negative framing came in a 1960 article in Art Journal, which argued that the “perception of a crisis in category in late nineteenth-century French culture” led to an “interruption of the kind of binary thinking that generates reassuring labels like ‘male and female’, ‘orient and occident’, ‘Christian and Jew’.” It was another 15 years before the term resurfaced, this time in an obscure US journal that described the “Western sense of racial superiority as well as the power philosophy inherent in binary thinking”.

In fact, until recently, binary distinctions and systems of classification were perceived as integral to culture by conservative, liberal, and radical thinkers alike. For example, while Pierre Bourdieu complained at length about the capacity of distinctions such as “high” (sublime, elevated pure) and “low” (vulgar, low modest) to flatter the ruling elites, he added that binary classifications provide the foundation for understanding the world, allowing people to forge a sense of solidarity through shared meaning.

Bourdieu’s sentiments were shared by one of the founders of cultural studies, Stuart Hall. The British Marxist recognised that the “marking of difference” was the prerequisite for the construction of a symbolic order, “which we call culture”. Although critical of the drawing of strong cultural boundaries, he noted that “stable culture requires things to stay in their appointed place. Symbolic boundaries keep the categories ‘pure’, giving cultures their unique meaning and identity”. Hall himself preferred to unsettle culture by contesting those symbolic boundaries.

What distinguishes contemporary opponents of binaries from the cultural radicals of previous generations is that they are often wary of drawing distinctions and making judgments at all.

Undoubtedly, some conceptual contrasts convey judgment about what is considered desirable or undesirable, superior and inferior – as with the “civilised/uncivilised” binary. However, in such cases, the problem is not so much the drawing of contrasts as the premise on which such distinctions are constructed.

And while, undoubtedly, binary concepts can be used in a simplistic and unreflective manner, they offer the potential for further conceptual elaboration and clarification by providing a framework through which thought can develop via an engagement with new experience. The binary categorisation of “black” and “white” does not preclude the recognition of a phenomenon that is grey.

The human imagination possesses the capacity to render concepts flexible. The dogmatic rejection of binaries overlooks the fact that judgement can modify, develop, and contextualise to ensure that categories are adequate for capturing the dynamic they seek to address.

Through yielding to new experience, concepts have evolved and transcended the boundaries within which they were formed. But this very transcendence requires the fixed points provided by conceptual boundaries.

Author Bio: Frank Furedi is an Emeritus Professor of Sociology at the University of Kent.