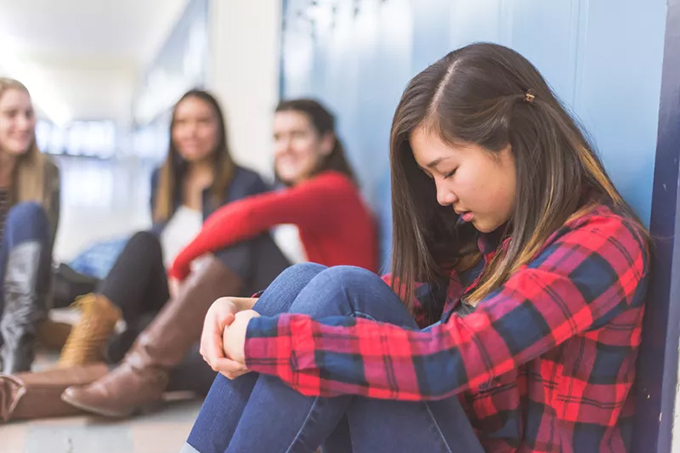 Peer violence is one of the problems that raises the most social concern in schools due to its prevalence, its severity and its relationship with health and psychosocial adjustment variables.

School bullying is defined as a form of violence in which one or more people attack another peer (or peers) repeatedly over time with malicious intent, with an imbalance of power between the parties involved.

School bullying (and particularly peer violence) is a phenomenon of a “pandemic” nature, that is, it is a problem that extends to many countries and continents, crosses borders, exceeds the number of expected cases and persists over time.

To verify this sad statement, we refer the reader to the 2018 UNESCO report on the matter. It collects data from international surveys in more than 40 countries on students between 11 and 17 years old. The results reveal that approximately one in three students has been harassed by her classmates for one or more days in the month prior to the survey.

In Spain, according to the Report carried out by UNICEF in 2021 , we find that the data on bullying victimization varies between 22.5% and 33.6%, depending on the cut-off points. In such a way that between 2 and 3 students out of 10 are victims.

The relationship between bullying and gifted students has been studied for almost two decades with very different results : some report more bullying to this group, others do not perceive differences and a few maintain that gifted students suffer less bullying than students without high capacities.

Preliminary data in Spain already suggested that there was a relevant problem with this heterogeneous group of students and seemed to indicate that they would be hit with violence more frequently.

Our study is the largest in the Spanish field on bullying and giftedness to date. 449 adolescents diagnosed with giftedness from all over the national territory and 950 students without a diagnosis of giftedness participated, from 14 centers in seven autonomous communities (Principality of Asturias, Community of Madrid, Castilla-La Mancha, Castilla y León, Valencian Community, Community of Aragon and Basque Country).

Violence affects everyone who receives it, but also those who exercise it and those who observe it. In such a way that every person who is related to a circuit of violence is going to be affected by it and the data of the study corroborate it.

Being a victim or victim-aggressive is related to high levels of stress, anxiety, depression and a lower health-related quality of life for all types of students. However, high-ability victims reported significantly more stress than non-high-ability victims.

In the social context in which we live, any difference can make people who do not blend in with their environment to be seen as a potential target for ridicule, mockery, verbal or physical aggression, etc.

On the one hand, this greater victimization of students with high abilities may be due to their constitution as a minority group, this trait of minority versus majority (general population of school age) being what may explain part of the propensity to be bullied .

Different from the others

This difference can occur in any sense (regardless of whether it is something positive or not) and can become a risk factor for victimization. The differences can be of all kinds: physical, such as being very tall, short, obese or thin; have problems with speech (dysphemia); wear braces, glasses or cochlear implants; belonging to a minority ethnic group, a religion other than that of the majority or having a non-normative sexual orientation.

In addition to what has been said, the theory of social identity , points out that intergroup processes lead individuals to behave in such a way that the group itself is favored (ingroup) and others are discriminated against (outgroup).

Group contrast effects are crucial for the development of its norms and identity signs and are typically based on the most salient characteristic that distinguishes its members (minimum paradigm within the group), which justifies bullying simply because a peer is not member of the ingroup, even encouraging aggression .

This effect of distancing from the outgroup has been found even in children of 4 and 5 years. In this way, it can be better understood how different minority groups suffer more victimization compared to the majority group.

At least two of the key pending challenges are:

In general, from society, the family and other areas of socialization, what is “different” is still seen as negative. This is the first great in-depth reflection: the acceptance of differences and diversity is a great pending subject.

Keys to the future

Students with high abilities are diverse, also among themselves, so this unaccepted differential fact makes them more vulnerable. If, in addition, the conception that one has of them is incorrect or is blurred and tinged with stereotypes, the problem is aggravated. To avoid it, it is necessary, at least: