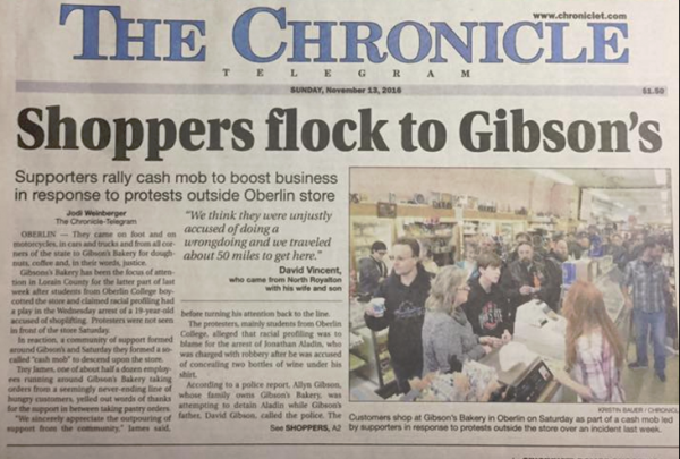 Our “leaders” in higher ed have focused on growth over all things, and many of our colleges have student bases to rival small towns.

Now, concentrating tens of thousands of young people into a small area, funding them through the student loan scam, and not providing any sort of discipline or structure (since doing so would cut into growth), is just asking for trouble. Just about every large college or university now is a high crime area, or at the very least has a high crime area nearby, in addition to a “drinking area” loaded down with establishments providing alcohol and other adult recreational activities to students.

Even when the schools aren’t overly huge, there’s still a crime factor that wouldn’t exist but for the school. Schools no longer focus on education, they focus on warm bodies, particularly people that want checks. Lots of folks fit that description—some are good people that are just being suckered thinking they’ll get an education in exchange for the debt, while others are, well, “not so good.” And some are just kids who make mistakes because they’re plunged into a permissive environment.

Businesses near universities simply accept the higher crime as a cost of doing business, and stuff certainly happens:

“… three underage black students were arrested for punching and kicking the white shopkeeper, Allyn Gibson. The students claim their only crime was trying to buy alcohol with fake identification, but Gibson says he was attacked after he caught them trying to steal bottles of wine…”

Now, in times past, students caught in the act of stealing professionally, physically assaulting someone, or even just having fake IDs with intent to use such IDs for criminal behavior, would be punted from campus as “not college material.” Doing all three things in one night? Nowadays that just means “a fine student, welcome to come to campus.” As long as admin gets their money, it’s all good.

These sorts of activities used to be covered in the “Honor Code” of the institution, but such things have been long abandoned—expecting students to have honor would cut into growth, after all. It’s all about those checks.

These three black students assaulted a white guy while they were engaged in criminal behavior, which means this story is buried by the mainstream media (doesn’t fit the narrative, after all). Thus I feel the need to examine this story in more detail.

The kids (all under 21, anyway) are from Oberlin College. I’ve covered this school before. For a moment, Oberlin showed some real spine when the ugly anti-white racism which is springing up on our campuses reared its head there, but they caved, guaranteeing endless riots until the school shuts its doors. For what it’s worth, Oberlin has around 3,000 students…in a town with a population under 9,000.

Because we now live in a mostly backwards world, the white shopkeeper who was assaulted by the three black students is being accused of racism:

There has long been speculation regarding racial profiling at Gibson’s, and students quickly began to boycott and protest outside of the café.

How much more frightening can this world become? This guy was literally attacked, and HE’s the problem? To their credit, the students who committed the assault took responsibility:

But in August, the students pleaded guilty to attempted theft and aggravated trespassing. In statements, they said their actions were wrong and the store wasn’t racist. Nonetheless, students continue to boycott the small business over alleged racial profiling.

Actual facts also support that the shopkeeper, the victim here, is not particularly racist in his attempt to reduce thefts at his business:

“…police figures from the past five years show only six out of 40 adults arrested for shoplifting at the bakery were black.”

Despite this, the store has been targeted as RACIST, or so the owner claims. Oberlin college is facilitating the protests, allegedly, and this has provoked a lawsuit:

“..sued Oberlin and dean of students Meredith Raimondo for slander. The lawsuit accuses college staffers of encouraging protests against the bakery by cancelling classes, distributing flyers, and supplying demonstrators with free food and drink. It claims that in a protest, Raimondo used a bullhorn and distributed flyers that said the bakery is a “RACIST establishment with a LONG ACCOUNT of RACIAL PROFILING and DISCRIMINATION.”

Now, the school has completely denied these charges…but I’ve sure seen this before. Outside of court, admin tells the most outrageous of lies and denies everything no matter how well-founded the accusations here.

In this case, we have a claim that the Dean was using a bullhorn and passing out fliers…I bet there’ll be a few witnesses and probably a cell phone video or two. So, good luck with those denials.

I’m sure what will happen here is, in time, they’ll settle out of court, make a big payment to the baker, who admittedly has it coming. The Dean won’t lose her job, and tuition will go up another few percent.

It’s no big deal, it’s all paid for by the student loan scam anyway.