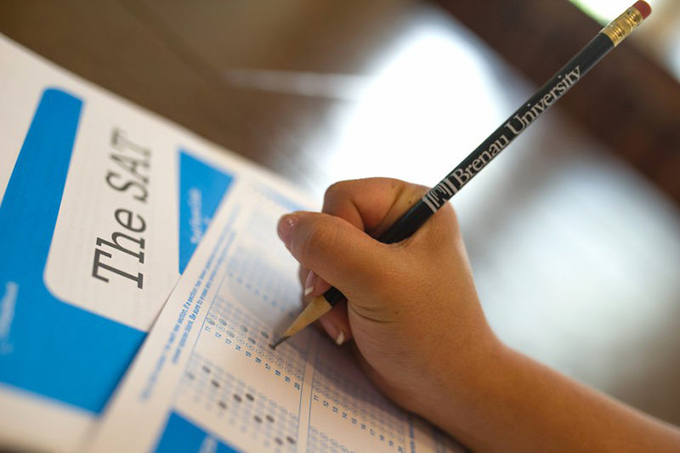 When colleges and universities began to make the SAT an optional part of the admissions process, the hope was that it would expand access to the nation’s most selective institutions to groups that had historically been shut out. The reality is – at least at selective liberal arts colleges – the decision by a growing number of colleges to make the SAT optional does not appear to be the great equalizer that many hoped it would be.

That may come as sobering news to those who celebrated the fact that the number of colleges that have gone test-optional recently surpassed 1,000. Despite that milestone, research that colleagues and I conducted shows that instead of expanding economic and racial diversity at American colleges, test-optional policies have actually served to make selective colleges even more selective, at least on paper. But we found no increase in diversity at test-optional colleges.

For our research, my colleagues Andrew Belasco and Jim Hearn did a before-and-after comparison of applications, enrollment and SAT scores among low-income and underrepresented minority students at 180 liberal arts colleges. Of those 180 colleges, 32 had adopted a test-optional policy.

We found no changes in low-income and underrepresented student enrollment after the colleges went test-optional. Instead, we found an unintended consequence of these efforts: Test-optional policies led to an increase in the number of applications overall. That necessarily forced the colleges to become more selective. That’s because more applications typically mean more rejections. More rejections make it look like the colleges are being more selective. That appearance of selectivity enables a college to claim a higher spot in college rankings that view selectivity as a good thing. This all creates a perverse incentive for colleges to go test-optional that has nothing to do with expanding access for students from low-income families.

We also found a 25-point increase in the reported SAT scores of enrolled students. This increase may be driven by higher-scoring students being more likely to submit scores to bolster their applications. Meanwhile, lower-scoring students keep their scores to themselves. This results in higher average scores being reported to the federal government and magazines that publish college rankings. Thus, it appears as though by increasing competition for a limited number of seats on campus and increasing the SAT scores used to generate college rankings, test-optional policies may actually threaten the very access goals they were designed to achieve.

The original idea of the test-optional movement was to interrupt existing inequalities in higher education in the United States. Low-income and minority students are disproportionately underrepresented at selective college campuses. At highly selective colleges, more students on average come from the top 1 percent in terms of family income than from the bottom 60 percent, recent research shows.

With dramatic differences in grades and course offerings between high schools, standardized tests provide one way for selective colleges to identify talented students who might have gone unnoticed in the admissions process. Critics note that research, however, shows standardized test scores do little above and beyond GPA to predict college success. Additionally, standardized test scores are strongly correlated with students’ economic and racial background. In other words, low-income and underrepresented minority students tend to score lower on average than their peers.

Additionally, taking the SAT or ACT may be a barrier to admission for students already underrepresented at elite colleges. Low-income or minority students may not know to take the SAT or ACT or how to prepare for it, might be deterred by the cost of the exam or take it only once.

Low-income and underrepresented students face a number of other hurdles that may deter even the most high-achieving among them from applying to a selective college. These other things should be taken into consideration when trying to figure out why going test-optional hasn’t been great equalizer that many thought it would be.

Sticker price, for instance, may deter students from applying. Although selective institutions substantially discount tuition for students with financial need, students are often not aware of discounts until after they apply and receive a financial aid offer.

Distance may also prevent students from applying or attending, particularly those who work to support families. This in turn leads many students to attend colleges that are close to home. Students may also feel they don’t belong at a selective college, especially if there are few other students from similar economic or racial backgrounds.

While efforts to go test-optional are well-intentioned, other factors in college applications may favor economic and racial privilege. Grades, course selection, recommendations, essays and extracurricular activities possibly favor higher-income students who often have greater support navigating the college admissions process. Low-income and minoritystudents, for instance, often don’t have the same access to advanced high school courses. They also have less access to high school counselors to assist with college essays, recommendations, and other materials that go into an application.

So what can we do?

First, we must recognize that test-optional policies may or not be helpful. The only way to be sure is to carefully evaluate the policies to better understand how well they work. This is particularly important as growing numbers of institutions join the test-optional movement, including graduate programs. More than a dozen law schools, including Harvard, Georgetown, Northwestern, Wake Forest and others, have made the LSAT optional, allowing students to submit GRE scores instead. Many graduate programs – in some cases at the urging of professional associations – are making the GRE optional for masters and/or doctoral applicants. Research on what works and what doesn’t in expanding access is more important than ever.

Second, it is important to realize that even if test-optional policies do help, there are other things that colleges must do to expand access for low-income and historically underrepresented students. This includes recruiting high-achieving students from rural areas or areas with large numbers of low-income or minority students. It also includes expanding campus-based financial aid programs and developing campus supports for students. Establishing emergency funds to help students meet unexpected needs that arise can help as well.