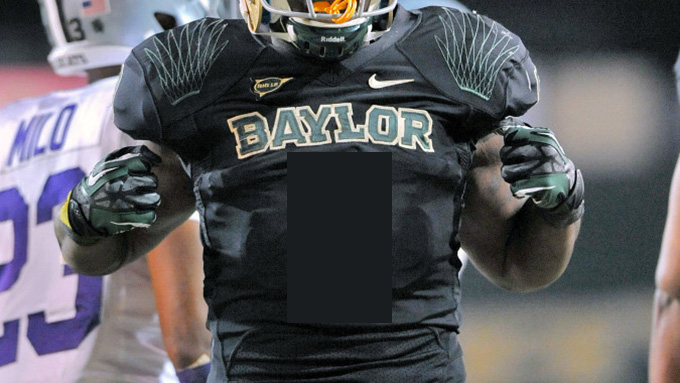 Time and again I’ve covered how the kangaroo campus court system, incredibly vulnerable to corruption, has been corrupted. The vast bulk of the time when I’ve detailed what goes on in this grotesque simulacrum of a legitimate court system, I’ve shown how corrupt administration uses this system in one of two ways.

The first way is to destroy faculty with integrity (i.e., faculty that get in the way of administrative plundering). These cases usually result in the destruction of the career of the hapless professor, though occasionally the professor takes things to a “real” court system, and wins. The scarcity of these successes should not be taken as evidence that the kangaroo system is even a little legitimate; rather, faculty are generally so impoverished that few have the resources to fight a corrupt administration, which typically spends millions of taxpayer dollars hiring lawyers for their own defense (while claiming poverty when it comes time to help the students financially).

The second is to railroad students, particularly male students, into “rape” convictions. Because quirks in the system give administration incredible control here, these victims can’t even hire lawyers to defend themselves against “investigations” which would be hysterically funny but for the devastation they cause to the lives of young men caught in this system.

One of the big reasons administration is so determined to throw out any sense of fairness in this second abuse of the kangaroo system is so they can spout things like “we’re tough on rape, we have a high conviction rate and everything!”

Why is it important for admin to be able to say such things? Because of the third way the corrupt system is used: to protect the favored. While I’ve seen administrators favored by this system, this is something of an edge case; administrative power is so great that it’s rare for administrative wrongdoing to even make it into the system (since the court is only convened by the whim of the administration).

It’s not admin that gets protection, but another part of campus that is sacrosanct: sportsball. Please, gentle reader, understand that even if we (mercifully) accept that Penn State’s outrageous violations are an anomaly, there’s much to such acceptance that strains credulity.

The Penn State cover up took place over the course of years, involving, officially, half a dozen people (besides the victims), and, realistically, dozens of administrators and coaches on campus. Penn State, however, isn’t some inbred village in the hills, or a family affair…pretty much every single person involved in the cover up worked at other schools, sometimes a dozen other schools before and after Penn State.

The Code of Silence documented at Penn State is present at those other schools. Obviously. And, so, yes, it’s quite reasonable that huge scandals are present in other schools. They actually bubble up with some regularity, and so let’s look at a recent one:

–note: NEW Baylor lawsuit…this isn’t the first big one to hit the school

The local news article covers things well enough (they’re not CNN, after all), but I want to highlight some details:

The lawsuit describes a culture of sexual violence under former Baylor football coach Art Briles in which the school implemented a “show ’em a good time” policy that “used sex to sell” the football program to recruits. That included escorting underage recruits to strip clubs and arranging women to have sex with prospective players, the suit alleges.

The whole point of a university is education and research, but this athletic department basically employs pimps. How far is pimping from these goals? Every athlete that came to campus got the message as they walked in the door: “we’re here to give you everything you want as long as you play ball!”

Gosh, upon seeing the prostitutes supplied to them, could some of these student (sic) athletes get the wrong idea about what activities are expected in college?

Now, naturally, admin did their investigation of these charges, and swept it under the rug, clearing students before they even made it to the kangaroo system.

There was much, much, sweeping:

Investigation by lawyers identified at least 52 “acts of rape,” including five gang rapes, by 31 football players in a four-year period. At least two of the gang rapes were committed by 10 or more players at one time, the suit states.

So, basically the lawsuit implies nearly the entire football team was into rape, and often committed their acts in tandem with their teammates. Now, these players are pulled in from all over the country…they’re not blood relatives, or lifelong friends. They meet at the beginning of the year and, allegedly, start raping with their newfound buddies. There are some obvious implications here from the scenario of a bunch of kids getting together to rape.

Is it really a stretch to reckon that someone is “cleaning up” after these guys? If this lawsuit is true, there had to be more going on than just randomly thrown together student (sic) athletes randomly picking up young women and raping them in random places. I should point out that the rape locations were likely provided by the university—you can’t pay sportsball players, so they don’t have the money to rent a place for their extracurricular activity…yeah, there’s more going on here.

A couple of the gang-rape survivors settled lawsuits with the university. It’s tough for admin to say they didn’t know anything when they’re writing checks to the victims, right? Still, admin says they know nothing.

The coach also knows nothing, despite his amazing salary:

Art Briles, the former head football coach who was fired in May in response to the scandal, had no knowledge of the 52 sexual assaults cited in the lawsuit, or of any payoff to a victim to keep quiet…

It’s amazing how much I need to know to be able to do my job…but it seems knowing nothing pays better. I made some bad choices, obviously.

A few posts back I detailed a professor caught in the kangaroo court system, and his singing a Beach Boys song at an event over 10,000 miles away from campus was investigated. Meanwhile, when a girl says she was gangraped by sportsball players, well, ain’t nobody got time for that, least of all admin:

Baylor did not investigate — as required by Title IX, the federal law that instructs universities to proactively protect students from sexual violence and hostility — for more than two years, according to the lawsuit and a report by ESPN.

Two years. That’s a really, really, long time to delay a rape investigation, but a particularly long time when you’re talking about a student (sic) athlete. These guys can only play for 4 years, tops. And thus it’s no surprise that the campus denies any interest in what goes on and stalls the investigation as much as possible—it was all a few years ago, you see, and all those students have moved on, and most of the coaches have moved on to other schools as well.

It wouldn’t surprise me if a few of the coaches are at Penn State nowadays because…that’s how higher education works today.