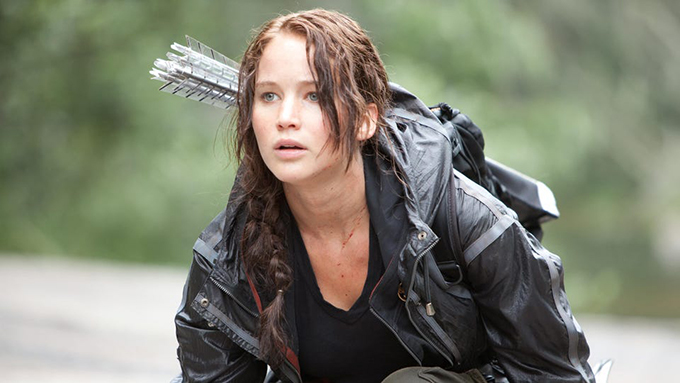 The influence of fictional characters on the representation of norms of femininity and masculinity among young people is a subject often discussed from the point of view of literature aimed at them. In this category, with the exception of romance plots, female characters have long remained secondary.

Publishing houses dedicated to a child audience have thus developed a production that overturns stubborn stereotypes. We can cite High Talents, where, for example, in The Princess and the Dragon , the heroine fights her dangerous enemy by the force of her intelligence, thus freeing a cad prince charming who reproaches her for her scruffy dress. She will emancipate herself from him in turn, reversing the waiting position of the princesses with regard to the princes to claim to choose which prince suits her or not.

As for productions for teenage girls, teenagers and young adults, gender stereotypes in productions aimed at them are reworked in the sense of counter-stereotypes, or even neo -stereotypes . This is the case of so-called “young adult” literature.

This marketing category, which targets the target audience of 14-25 (or even 30-year-olds), designates a set of publications that are not characterized by an identified literary style: it can be dystopia, fantasy or romance. The works considered to be precursors are sometimes Harry Potter , sometimes Our Fault in the Stars by John Green. This last book recounts the love story between two teenagers with cancer and also characterizes the sub-category of the “sick litt” whose specificity lies in a romantic story bereaved by the disease.

Notable young adult characters include Hermione from Harry Potter , Triss from Divergent , Katniss Everdeen from The Hunger Games  ; but also Ellana in Le Pacte des Marchombres by Pierre Bottero. These characters stand out massively when we ask high school students about the fictional characters that have marked them.

Based on a reception survey bringing together 77 interviews with middle-class high school students, who tend to be readers, it appears that they are systematically qualified by these young people as “strong”, “independent” and “badass”.

As such, they are designated by their autonomy and their moral strength, qualities that are also appreciated in literary characters from school culture such as Phèdre and Antigone. These classic heroines, emblematic of the social and political transgressions they assume, are appreciated for the same reasons as the characters of the “young adult”, without presuming the differences of literary genre and the transgressions actually committed by each other.

The character of Phèdre is often described by students who discover Racine’s tragedies as a strong character. Phèdre, by Alexandre Cabanel

Hermione is particularly successful, amplified by the feminist commitment of her on-screen interpreter Emma Watson. Hermione’s characteristics and Emma Watson’s public stances seem to go together. Hermione is praised for her intelligence and her pivotal role in the plot, although she appears little transgressive in the Harry Potter universe .

Emma Watson, meanwhile, was widely acclaimed as a feminist figure in another survey we conducted, this time among students. For young women as for young men, Emma Watson is the most cited feminist figure, up to 40%, in response to a questionnaire which obtained 2000 responses in establishments in New Aquitaine.

The obligatory passage through romance in the “young adult” is underlined by some high school girls who will point out that love stories are not always believable. This point is important for them because books, but also films or series, are in fact clearly claimed learning aids in matters of love – the most widely cited love film being Titanic . They work on their emotional competence in these hobbies.

They insist on the sometimes too schematic evolution of the male character, a “bad boy” who becomes a sensitive, loving and devoted boy.

This point is in fact a recurrent pattern of romances, based on the transformation of the male character so that the romantic relationship desired by the heroine (and by projection, by the readers) can occur.

Janice Radway highlighted this narrative canvas of the Harlequin novels as early as 1984 in her classic study, Reading the Romance , alas never fully translated into French (see the conclusion of the work translated by Brigitte Le Grignou in 2001). Radway explains how this unfolding of the plot, constantly renewed, renews a patriarchal pattern while allowing readers to fantasize about an end other than that of their real heterosexual relationships.

However, despite the evolution of the characteristics of the characters, the narrative principle is repeated in contemporary productions. It’s not so much this romantic script – in the sense of a repetitive scenario inscribed in the imagination – that bothers. Readers know what to expect when choosing these readings. The boys do not say they read it, even make fun of it as feminine consumption, even though they recognize that they have to take advice from their girl friends in matters of love. What arouses criticism is the ability to make the development of the story psychologically fine enough for the reading to be credible.

This reflexivity on aesthetic processes, also called “aesthetic appropriation”, does not depend on the social class of origin, nor on the specialization stream in high school. Girls and boys from working-class backgrounds, and in vocational baccalaureate, demonstrate this. The counter-stereotype of strong and independent woman thus appears as a new standard for young people who read a lot and who identify a repetitive process. By comparison, prominent male characters are much more diverse: from Jack and The Mechanics of the Heart to manga characters including Dragon Ball Z , these characters are characterized by varying combinations of physical strength, intelligence, and sensitivity.

Sensitivity for male characters has become a requirement as has already been demonstrated. The absence of central male characters in sentimental plots is underlined by some boys who complain about it.

A double educational challenge can therefore be identified. On the one hand, the female characters are worked on and developed more by cultural goods intended for youth in a sense that is meant to be feminist, aiming to satisfy the expectations of the public of young women to whom it is addressed. But for regular readers, these personality traits are revealed as a new commercial standard that does not challenge the most traditional love patterns.

On the other hand, boys, in an apprenticeship in love – which they say, in our survey, owe a lot to girls – lack of finding central and complex male characters in a sentimental plot. This would make it possible not to base the evolution of gender norms exclusively on models of strong women, nor to renew, despite this evolution, love scenarios where men are relieved of all relational work.

Author Bio: Viviane Albenga is a Lecturer in Sociology at Bordeaux Montaigne University