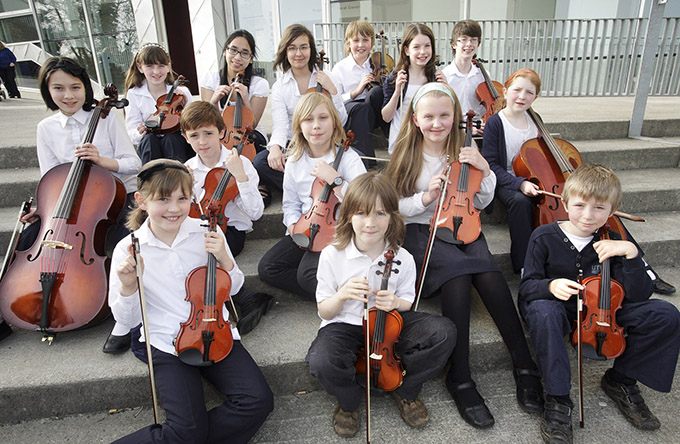 In a park in July, during the picnic following the end-of-year concert of a musical initiation device through orchestral practice, several children spontaneously grab their instruments and start playing Frère Jacques for ” say goodbye to their music teacher ”. Visibly moved, Bernard, one of the executives of the device, turns to us and declares: “No, but don’t come and tell me that it isn’t working!” You can see what is happening, anyway! “.

For him, the observation is clear: children spontaneously play music and undeniably take pleasure in doing so. This would mean that the device has succeeded in creating a taste for musical practice and is, from this point of view, akin to a “success”.

This type of device appeared in the 2000s. It directly offers children a collective practice, between 2h and 4h per week, without first going through music theory lessons and an individual discovery of an instrument. What to create motivation for the classical universe thanks to the group dynamic?

Goals in the field

In 2018, just over 40,000 children in France benefited from a program built on this model. If the objectives of these orchestras are plural (with, among other things, a central social dimension), they want to be an opening towards long-term training courses, within the framework of the conservatory in particular. But do their results really match the expectations invested in these devices?

After the emotion of the situation described above, we can decipher what is playing out there in a different way than Bernard does, hot. The fact that children spontaneously play music does not appear to be sufficient to conclude that the device has perfectly achieved its objective. We know that individuals, especially young people , can appropriate a practice in a way that is radically different from that which institutions seek to develop at home – this is called heterodox appropriation .

Without realizing it, those involved in these devices have a specific conception of what it means to “play music”, socially located (namely characteristics of the environments most endowed with cultural capital), which largely overlaps with musical practice. such as it is thought and defended in the musical institutions of the type of the conservatory, in which they were for the great majority formed.

For their part, children who, in these devices, belong overwhelmingly to popular categories, develop a practice much more oriented towards the immediacy and practical utility of musical production. It is this discrepancy between the objectives of these devices and the way in which children appropriate musical practice that we are going to highlight here, through two limits regularly formulated by those involved in these devices.

This discrepancy between the expectations of the devices and the actual practice of the children is clearly evident in the impression of the interveners that the children “do not work” their instrument outside the workshops.

Thus, the beginnings of sessions often begin with a question from the worker who seeks to know if the children have played at home during the week and who, faced with the low number of hands raised, continues by reminding them of the importance of a regular work, even daily, to progress (“you really have to try to work a little every day, even just 10 minutes, otherwise you will not progress”).

However, the children do have a musical practice outside the workshops. A practice, admittedly infrequent, but above all different from the work expected by the devices (the performance of solitary and regular exercises with a long-term perspective of progression), which accounts for their heterodox appropriation of the activity. musical.

It appears that the practice of children takes place mainly in festive and relaxing contexts, in which it is of immediate use. Outside the workshops, the children thus play most often in the form of small performances, generally in front of the family, associated with ordinary social occasions (birthdays, Christmas Eve, etc.) during which music does not occupy a place. central, but participates in the event along with other elements such as dance, games, food or drink.

The practice also takes place in moments of relaxation, in particular, as several children explained to us, during the afternoon with friends during which it takes place between different activities (football, video games, watching cartoons … ).

In short, children’s musical practice never fits into contexts which are explicitly and exclusively devoted to it. For children, what matters is not the practice itself, but more what it allows to achieve immediately (party, relax, have fun with friends …).

Therefore, the fact that children play little at home should rather be interpreted as the expression of their relationship to practice: playing alone, to practice, does not make sense for them and their practice requires, in their eyes, a specific context which one might think is not that frequent.

This heterodox appropriation of musical activity by children is also manifested through their very practical approach to the latter, which contrasts with the purpose pursued by the devices to transmit theoretical musical knowledge while offering children a concrete and sensitive entry into the field. instrumental play.

Indeed, while the devices defend the transmission of a musical knowledge of a theoretical nature (such as knowing how to locate oneself in the score, which implies to master the reading of the notes and the indications of rhythms, or to be able to identify the structure of the pieces), the children show a certain indifference to the principles that organize and structure music.

This is also confirmed by the moments when the workers are confronted with this gap between their expectations and the effective appropriation of the children. Thus, it is after a whole year of workshop that Kathleen and Bénédicte, both in charge of a workshop, decided to devote part of their session to music theory because, as they explain to us: notices that they (the children) are playing complicated things but that they do not understand anything ”. 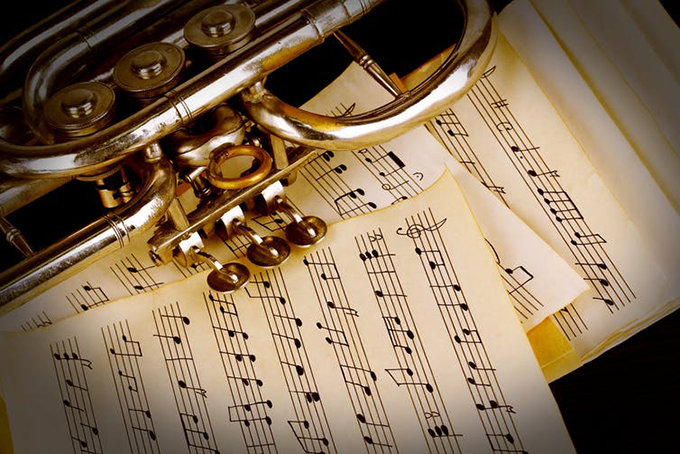 A large part of the children do not use the sheet music provided and stick to rote learning. Shutterstock

Taken in a practical logic, in which what counts is above all the social utility of musical activity (relaxation, sociability…), children have little interest in music theory; its mere realization is enough for them.

Their use of the score is a good illustration of this. An emblematic element of the classical approach to music, the score is beautiful and very present in the workshops. However, it appears that, even for children with several years of practice behind them, the score remains a major source of difficulty and is not very central in their playing modes. Thus, a good number of children do not use it and prefer a knowledge “by heart” of the song.

The fact is, moreover, that when they get lost in the interpretation of a piece, a good part of them look around them at what the others are doing to try to find themselves in the piece, or even stop altogether. and simply to play while waiting for the piece to end, but don’t try to find the passage on the score.

Their use of the score, when it takes place, is then based very much on alternative notation systems to the score, and which are based on more practical logics, such as the writing of fingerings for stringed instruments (which , insofar as most of the notes are played on a string, amounts to indicating the finger and the place where to put it on the neck), the coloring of the identical notes for the brass (playing the accompaniment parts, these the latter follow patterns repeating the same note several times in a row), or the writing of the notes in full which is more of a practical relation to practice.

In short, if the children of these devices play music well and undeniably take pleasure in doing so, they have not developed exactly the practice expected by these devices. It is not a question here of condemning these programs in the name of their ineffectiveness, but rather to underline the points of tension of the modes of engagement of the children with the objectives of these devices. So, success or failure?