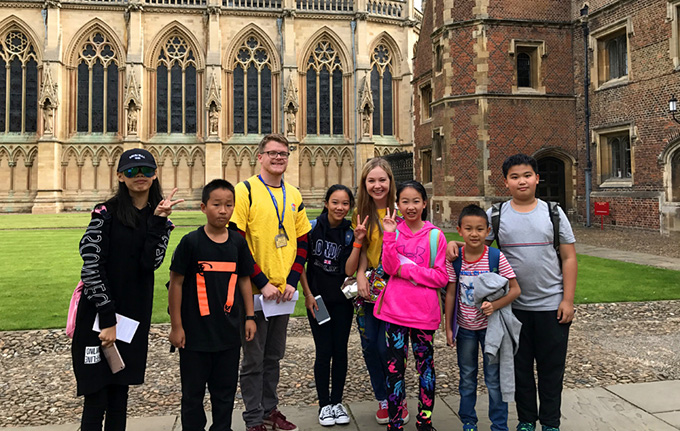 With the coronavirus monopolising headlines across the globe, the huge numbers of Chinese students at Western universities has once again come into public focus.

Accommodating such a large new cohort from a very different cultural and pedagogical background has inevitably thrown up issues. Some are to be expected, such as the difficulties that some Chinese students have in adjusting to their new environment so far from home. It would be the same for UK students studying in China.

Less expected, however, has been the extent to which Chinese students’ presence in the UK has been politicised and depicted as a source of pressure on and threat to the UK institutions hosting them. Much of this is tied up with fears that autocratic governments such as China’s are seeking to influence public life in liberal democracies and to steal intellectual property from Western firms and academics.

Of course, there may well be individual students from the People’s Republic who have political agendas. But to paint Chinese students as working en masse to a common political agenda hostile to the UK would be a massive injustice.

First, our experience at King’s College London is that the overwhelming majority of Chinese students come to the UK to do precisely what they say they are doing – study. It takes considerable sacrifices to be able to do so, but they make them because they want a first-class education and are curious and open-minded about the outside world. In essence, their motivation is very similar to that of any other student who goes abroad to study.

There is a very serious risk that dragging Chinese students into a political debate about influence and threats to democracy will open the way to far more unpleasant thoughts and slurs. The spread of the coronavirus around the world from its origin in Wuhan has been accompanied by disturbing tales of Chinese students being harassed or abused in the UK. Public health concerns are one thing, but discriminating against a whole group because of their origin and appearance is quite another.

Nor will such demonisation do the UK any good. Students who have studied in the UK will be hugely important bridge-builders in future relations with China – unless, of course, they were so poorly treated in the UK that they want no more to do with the country.

No one would deny that interacting with a country as different as China will present challenges and risks, and universities in particular need to think hard about their response to these. But unnuanced stereotyping of Chinese students as a threat is as wrong-headed as pretending that there is no problem at all.

An intelligent approach would see Chinese students as offering an unrivalled opportunity to learn about a place with which, in the post-Brexit era, the UK wants to do a lot more business. Demonising them is not merely an injustice for them. In the longer term, it will be a catastrophe for the UK.

Author Bio: Kerry Brown is Professor of Chinese Studies and Director of the Lau China Institute at King’s College London