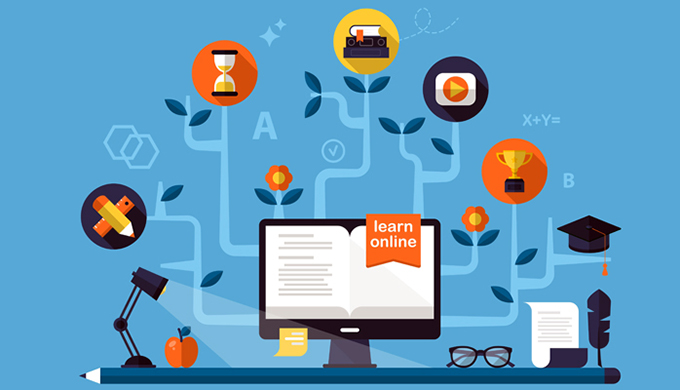 Admin, addressing full time faculty: “We’re going to put more of our programs online, for more efficiency. I know we’re asking for a great deal of work from you, but you’ll be helping to build a great institution.”

Admin, 6 months later: “Thank you for your hard work developing these courses. We’re going to hire a Vice President of Online Education and a full complement of support staff for our four faculty teaching online courses.”

Admin 6 more months later: “We really don’t need as many faculty for online courses, so we’re letting most of you go. Also, we’ll be hiring another Dean to handle the extra students. Feel free to apply for that position, but we’ll need someone with recent experience working in the last year as a Dean.”

Admin (one semester later, after considerable growth): “We have an open part time adjunct position to teach the online courses. We’d be quite happy to see a resume that doesn’t have any online degrees on it, so we can finally hire someone. If you know someone, have them apply.”

—It’s a real joy working for these people.

Online education has been a huge growth industry for higher ed. It barely existed 30 years ago, and just about every student takes at least some online work to get a degree.

Trouble is, many online classes, even whole degree programs, are fraudulent. It isn’t just the obvious cheating, the content of the coursework is so minimal that it doesn’t actually help a student learn anything, much less train for a job. The latter detail is the important part, since much of online college is sold as “train for a new job without leaving your old job!”

But it’s mostly fraud. The administrators of online colleges know its fraud, too, since they refuse to hire people with online degrees. If the people running the “jobs training” programs won’t hire anyone trained in such programs, it’s little wonder that the real world generally won’t hire online graduates, either.

After decades of such fraud, the Federal government has finally, after seeing much of a generation destroyed by this type of fraud, decided to do a little something about it, by instilling basic rules like “the college must inform students that their degrees are of limited, if any, market value.”

Naturally, colleges are having a tough time adapting to such draconian rules:

The implication of the above needs to be drawn out a bit. One of the big justifications for online education was that students from anywhere could take the courses. But, the colleges had been selling their online job training courses knowing full well that their “certifications” weren’t worth the paper they were printed on in most states (and by “most” I mean 49, possibly 50 of them).

Now, if we give the schools benefit of the doubt (not my inclination, to be sure), it still makes little sense that so many kids were “accidentally” misled about the value of the job training. Our schools are drowning in admin, after all, it would have only taken a few phone calls to find out if the training would have passed muster in another state (there are only 49 states to check certification rules in…and that’s a worst case scenario, it could be done every year without a problem).

Under the new regulations, all higher education institutions that offer classes online must demonstrate that they are authorized to operate in every state where they enroll students who receive federal financial aid. The rules also mean that institutions must make clear their refund policies and procedures for receiving student complaints.

Again, the implications of the above bear highlighting. These schools knew what they were doing, and knew that the students, once they graduate, were going to come back and say “hey, this certification is absolutely worthless. I want my money back!”

And the schools doubtless responded with “No refunds, even when we knowingly sold you something worthless. Sorry.”

The students complained to the government, and the specific types of complaints hinted at above came up so often that, yeah, the Federal government decided to make the rules very clear about how schools sold their training programs, and about that whole “no refunds” thing.

I should also mention, accreditation forces every school to put, in writing, that they operate with integrity. But, alas, accreditation has no penalty whatsoever for violating accrediting rules so, integrity is jettisoned shortly after a school becomes accredited. Accreditation now only serves to grant a school access to Federal student loan money, which, again, is why the specific wording above clarifies for whom this new rule applies.

If accreditation were legitimate, you wouldn’t need that specific wording at all, because accreditation would already be forcing schools to act with integrity, or, more accurately, removing accreditation from schools acting without integrity.

Additionally, institutions must provide specific information to students who are pursuing professions that require state licensure, which is common for nurses, teachers and counselors, among others. Institutions will be required to inform students if they are taking a program that will not qualify them to practice their chosen profession where they live. This means every institution must track the requirements for professional licensing in every state where they operate. Failure to meet these requirements could result in institutions losing eligibility for federal financial aid.

Not to beat a dead horse here, but the above rules were created because, obviously, schools weren’t acting with integrity as far as their license-required jobs training courses.

Sooner or later the Federal government is going to realize what a mistake, what a waste of time, it is to have accreditation as the gatekeeper for Federal funds. When that happens, they’ll simply change the rules to remove accreditors from higher education completely. They already serve no purpose, mind you, but I reckon it’ll be another decade or so before our government will make them obsolete.

I don’t think this will be a good thing. Accreditation came into existence because schools legitimately wanted to do honest work. All accreditation rules were written with an assumption of good faith in the participating school. Accreditation was never meant to be a gatekeeper for over a trillion dollars of student loan money, and, with that kind of money on the table, assuming good faith is, simply, stupid.

Now, like any set of rules from the government, they’re pretty confusing and subject to arbitrary enforcement. So, colleges are complaining, and to some extent I see their point.

But the fact remains: if colleges acted with integrity, or if accreditation was legitimate, these new rules would never have been written…and the fact also that none of the “leaders” running our schools get this important concept speaks more about the state of higher education today than any number of pages of new Federal regulations.