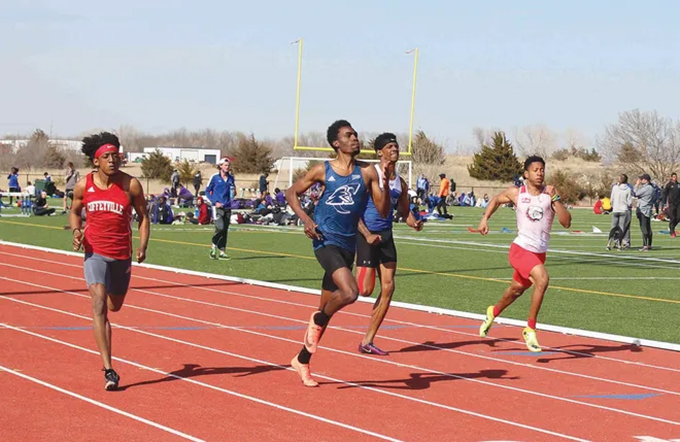 When people talk about how college athletes can now get paid from their name, image and likeness – more commonly referred to as “NIL” – the focus is often on players at schools with big-time sports programs.

This makes sense given the sheer size of some of the NIL deals that have been scored as of late by players who attend the National Collegiate Athletic Association’s Division I schools, which tend to have larger student bodies and big budgets to support their athletic programs.

For instance, Paige Bueckers, star guard on the University of Connecticut women’s basketball team, stands to earn more than US$1 million through deals with Gatorade and other companies.

University of Alabama quarterback Bryce Young is reportedly worth $3.2 million thanks to deals with Nissan, Dr. Pepper and the Dollar Shave Club, to name a few.

Even college cheerleaders are getting in on the action. After Cassidy Cerny, a cheerleader for Indiana University, was hoisted to retrieve a basketball that had gotten stuck behind the backboard during a March Madness game, a viral video of the episode led to a deal with Breaking T, a T-shirt company that produces shirts that capture moments in sports. The company immortalized the moment on a T-shirt. Cerny says she got about 15% – or $4.50 – per shirt.

With all the hype surrounding lucrative endorsement deals for athletes at Division I schools, it’s easy for people to get the impression that players at smaller schools – and community colleges in particular – could be left behind in what is now known as the “NIL era.”

But a study I did recently with Anita Moorman, a fellow professor of sport administration, suggests that’s not necessarily the case.

In an article we published in the Journal of Issues in Intercollegiate Athletics, we concluded that community college athletes can earn an estimated $48 per sponsored post on Instagram. Of course, that amount pales in comparison to the multimillion-dollar deals secured by some Division I athletes. But when you consider the fact that community college students often struggle to meet their basic needs, enabling those who are athletes to earn $48 by posting on Instagram seems a worthy endeavor to pursue.

The math behind the money

In order to arrive at our $48 figure, we had to come up with a way to calculate how much each player should get paid for each sponsored Instagram post.

To make our estimate, we didn’t look only at how many Instagram followers each player had. We also looked at how many “likes” and comments their posts generated.

Of the 23,248 athletes competing in the California Community College Athletic Association during the 2019-2020 athletic season, we found 1,168 athletes – or about 5% – who had public Instagram profiles with at least 1,000 followers. We treated these athletes as potential social media influencers and applied standard influencer marketing rates to figure out how much money they could make for each sponsored post on Instagram.

We figured that companies would be willing to pay $10 to reach 1,000 people.

Based on our calculations, we found 11 community college athletes with an earnings estimate over $200 per sponsored post. An average male community college athlete could earn about $47 per post. And our calculations show that the average female athlete could earn $51 per sponsored Instagram post – $4 more than the men. This difference is driven by the ability of female athletes to generate more engagement on their Instagram posts.

Overall, almost 93% of the athletes in our sample had an NIL value estimate between $20 and $100 per sponsored post.

This is just a fraction of the average NIL value of a sponsored Instagram post for a Division I athlete, which is over $500. Still, every dollar counts, especially when you’re a community college student.

For the most part, community college athletes don’t get athletic scholarships.

Community college students commonly experience financial hardships that lead to a range of issues, including food and housing insecurities.

For those reasons, enabling community college athletes to profit from endorsements would put some in a better position to meet their basic needs while in school.

In order for community college students to reap the potential benefits of NIL deals, at least a couple of things need to happen.

First, community college athletes would benefit from greater access to education resources that can help them learn the ins and outs of NIL deals. This includes education on financial literacy, time management, personal brand development, contract negotiation and a host of other topics.

Some steps have already been taken in this regard. For instance, the California Community College Athletic Association announced a partnership with two companies – Spry and Accelerate – to provide all member institutions with NIL education. Spry is a company that provides a technology platform to help schools track and monitor NIL deals. Schools have an interest in tracking NIL deals to make sure they comply with athletic association policy, institutional policy and state law. Accelerate is a company that offers educational resources focused around NIL topics.

Inviting community college students to the table would help broaden the scope of the discussion.

With all the Division I students who are capitalizing off endorsement deals, this is one of the most exciting times to be a college athlete. One estimate projected college athletes would earn almost $579 million during the 2021-2022 school year.

Another estimate suggests NIL earnings will increase to over $1.14 billion during the 2022-2023 school year.

It’s clear that Division I students will profit tremendously from NIL deals. The question for community college athletes is whether they’ll be able to profit, too, or whether they will be relegated to the sidelines.

Author Bio: Adam Cocco is Assistant Professor of Sport Administration at the University of Louisville