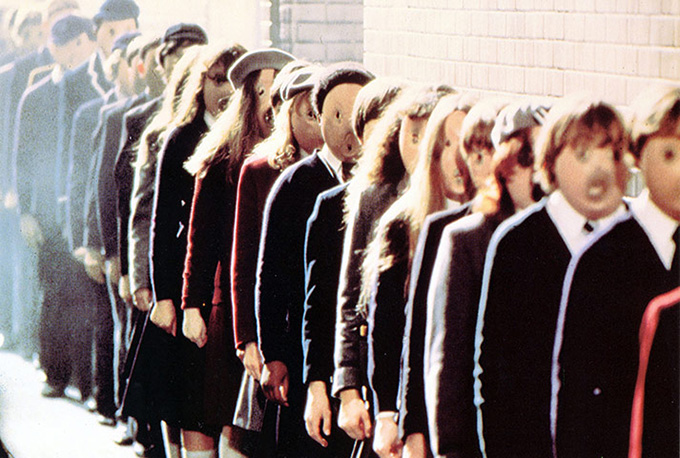 Our study, published today in Nature Human Behaviour, shows that people tend to copy other people’s choices, even when they know that those people did not make their choices freely, and when the decision does not reflect their own actual preferences.

It is well established that people tend to conform to behaviours that are common among other people. These are known as social norms.

Would you do as others do?

Imagine you have witnessed a man rob a bank but then he gives the stolen money to an orphanage. Do you call the police or leave the robber be, so the orphanage can keep the money?

We posed this moral dilemma to 150 participants recruited online in our first experiment. Before they made their choice, we also presented information about how similar participants in a previous experiment had imagined acting during this dilemma.

Crucially, however, we made it clear to our participants that these norms did not reflect people’s preferences. Instead, the norm was said to have occurred due to some faulty code in the experiment that randomly allocated the previous participants to imagining reporting or not reporting the robber.

This made it clear that the norms were arbitrary and did not actually reflect anybody’s preferred choice.

We found that participants followed the social norms of the previous people, even though they knew they were entirely arbitrary and did not reflect anyone’s actual choices.

A series of subsequent experiments, involving 631 new participants recruited online, showed that this result was robust. It held over different participants and different moral dilemmas. It was not caused by our participants not understanding that the norm was entirely arbitrary.

Why would people behave in such a seemingly irrational manner? Our participants knew that the norms were arbitrary, so why would they conform to them?

Is it the right thing to do?

One common explanation for norm conformity is that, if everyone else is choosing to do one thing, it is probably a good thing to do.

The other common explanation is that failing to follow a norm may elicit negative social sanctions, and so we conform to norms in an effort to avoid these negative responses.

Neither of these can explain our finding that people conform to arbitrary norms. Such norms offer no useful information about the value of different options or potential social sanctions.

Instead, our results support an alternative theory, termed self-categorisation theory. The basic idea is that people conform to the norms of certain social groups whenever they have a personal desire to feel like they belong to that group.

Importantly, for self-categorisation theory it does not matter whether a norm reflects people’s preference, as long as the behaviour is simply associated with the group. Thus, our results suggest that self-categorisation may play a role in norm adherence.

Well, if everyone before you followed the same thought process, it is perfectly possible that an initial arbitrary decision by some early restaurant-goers cascaded into one restaurant being popular and the other remaining empty.

Termed information cascade, this phenomenon emphasises how norms can snowball from potentially irrelevant starting conditions whenever we are influenced by people’s earlier decisions.

Defaults may also lead to social norms that do not reflect people’s preferences but instead are driven by our tendency towards inaction.

For example, registered organ donors remain a minority in Australia, despite most Australians supporting organ donation. This is frequently attributed to our use of an opt-in registration system.

In fact, defaults may lead to norms occurring for reasons that run counter to the decision-maker’s interests, such as a company choosing the cheapest healthcare plan as a default. Our results suggest that people will still tend to follow such norms.

Increasingly, social norms are being used to encourage pro-social behaviour.

The better we can understand why people conform to social norms, the able we will be to design behavioural change interventions to address the problems facing our society.

The fact that the social norm effect works even for arbitrary norms opens up new and exciting avenues to facilitate behavioural change that were not previously possible.

Author Bio: Campbell Pryor is a PhD Student in Psychology at the University of Melbourne