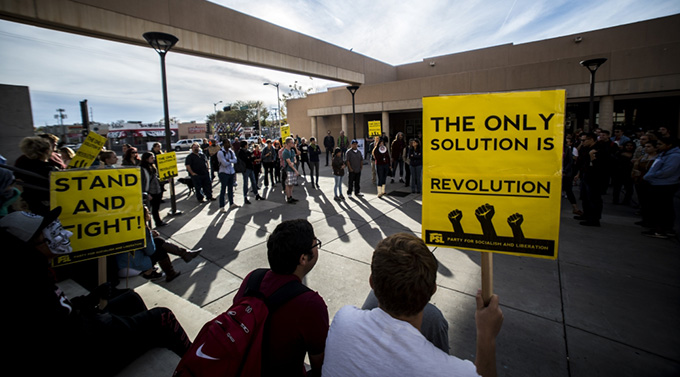 Recent news reports confirm what we’ve suspected: hate crimes in the U.S. are up. (Hate crimes are those crimes that target people based on their race, religion, sexuality, disability, or national origin.)

Last July, the Council on American-Islamic Relations (CAIR) reported more than 940 potential bias incidents targeting Muslims just during the previous three-month period. In September, California State University at San Bernardino reported hate crimes increased in two consecutive years (2015 and 2016), for the first time in more than a decade. In addition, the number of hate groups has been increasing rapidly since 2000. In the ten days following the election last year, the Southern Poverty Law Center reported 90 percent of 10,000 educators surveyed said their campus climate has been negatively affected by the election.

Campuses are not immune, and we have special responsibilities under the Clery Act. For all reportable crimes (including murder, manslaughter, sexual offences, robberies, assaults, and criminal acts relating to weapons, drugs, and alcohol), if there was a hate crime motivation, it must be acknowledged in each college or university’s public “annual security report.” It is sometimes not clear, however, whether a crime had a “hate” element until a suspect is apprehended. That makes it all the more important to apprehend suspects.

In our new Academe article, “How Our AAUP Chapter Responded to Postelection Violence,” we report on an assault on a young Muslim student at the University of Washington in the days after the presidential election of 2016. Campus police were slow to react, and no suspect was ever apprehended.

Our campus AAUP chapter took on this issue. We challenged the campus police response, asked for a meeting with the UW President, and communicated repeatedly with faculty about the status of the case. We also created a relationship with the local chapter of CAIR, which could be important in future cases.

AAUP chapters everywhere can watch, notice, track, and respond to hate crimes on our campuses. While individual students and their associations have some power to get the attention of administration and authorities, their voices are amplified if faculty join in.

Author Bios: Amy Hagopian is associate professor of public health at the University of Washington, where she serves as secretary of the UW’s AAUP chapter and  Eva Cherniavsky is professor of English at the UW. She also serves as president of the Faculty Forward union on campus.