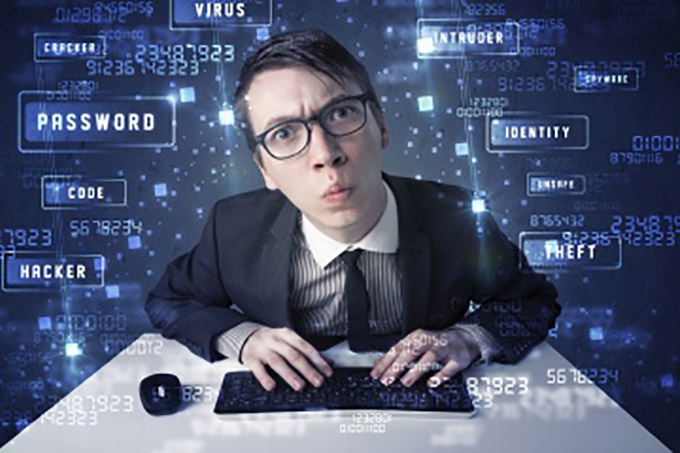 It’s hard to believe, but the concept of “too much information” is becoming a real problem in our society. It is now all too easy to learn all you might want to know about a person. While the gentle reader would be unlikely to do anything untoward with such information, the sad fact is there are far too many dangerous Leftist lunatics running around, who have stared into the void of the Intolerance monster too long, and have become dangerously, violently, intolerant themselves.

Conservative student groups are often targeted on campus, because they typically hold “racist” beliefs like thinking other races are not so inferior that they need special advantages, or “intolerant” beliefs like it should be tolerable to allow unwanted babies to live…both in direct opposition to the extreme Left (if the reader can forgive a phrase which seems ever more redundant).

A group of such lunatics is targeting conservatives at University of Texas Austin:

“Hey #UT23! Do you wanna be famous? If you join YCT or Turning Point USA, you just might be. Your name and more could end up on an article like one of these,” the tweet said, linking to previous doxxing posts of conservative students at the school. “So be sure to make smart choices at #UTOrientation.”

To clarify the above, “doxing” is to make public, information about a person which should be private. YCT refers to the Young Conservatives of Texas, and Turning Point USA is a pro-life group. Now, seeing as the “punch a Nazi” theme has led to lunatics attacking people with bicycle locks and other blunt instruments, the above could easily be taken as a threat by one group at the university towards other groups at the university.

What group at the university is making the threat?

Hmm, the Autonomous Student Network, a group of anonymous students who threatens violence against other students by making them more public. You gotta hand it to this system of belief, it’s nothing if not hypocritical. When these kids go out in public, they do wear masks for interviews.

Overall ASN currently operates most effectively as a group that can form small, autonomous crews that can carry out actions with relatively low effort but high payoff. Propaganda, communiques, banner drops, and being a militant presence at demos have been our most effective tasks. While we would love to claim some kind of mass student influence or reach, we’re not in a position to do that. But we do stir shit up where we can and we’ve got a decent network of support behind us.

The above is from their interview, where they detail many of their other activities, some of which aren’t questionable.

To be fair, they’re not that anonymous, as they have their own website, listing their affiliations with other Leftist groups, as well as Twitter and Facebook accounts. They also put out delightful news articles, such as this one:

THE YCT: NOT JUST RACISTS, BUT RAPE APOLOGISTS TOO!

I won’t quote from the above, as the gentle reader can guess from the RACIST accusation in the title that it’s your typical left wing hate smear of no relevance.

Now, maybe they’re all a hoax…but maybe not. Doxing, particularly of people who have been targets by violent lunatics, is a definite safety concern. Surely the administrators at UT Austin will leap into action here, to protect the conservative students on their campus.

Asked if UT Austin will take any measures in response to the doxxing threats of conservative students by the ASN, the Communications Strategist of UT Austin Shilpa Bakre told The College Fix: “Students should never be targeted or face harassment for their affiliations, political beliefs or any other reason. The anonymous group behind this doxxing is not affiliated with the university, is not a registered student group, and should not present itself in that way. As they did last fall, University Police are continuing to work to ensure the safety of any targeted students and monitor for any potential criminal actions.”
–note the title is over twice as long as the title-holder’s name, and emphasis added.

As per my emphasis above, this hate group has been around nearly a year. To their credit UT Austin did get a Twitter account shut down (of course, considering how eagerly Twitter shuts down conservative voices, it’s no surprise they didn’t shut down this pro-violence group on their own), but I’m still a little curious here why more has not been done.

Does anyone honestly believe allowing these threats against conservative and pro-life student groups to go unchallenged are not going to impact the membership of these groups?

I’m not the only one unimpressed with admin’s response to this hate group operating on campus:

UT Austin Law School alumnus…Mark Pulliam, remains skeptical. He tells The College Fix, “UT has taken strong action in the past to prevent non-registered groups from posting notices on campus, but the Autonomous Students’ flyers are ubiquitous on campus. There is clearly a double standard.”

In reference to the doxxing threats…he adds, “Unfortunately, I do not expect the UT administration to take any action. Under President Greg Fenves, UT has done little to protect the rights of conservative students on campus. When the YCT chapter’s rally in support of Brett Kavanaugh was disrupted by leftist protesters, Fenves was silent and the university’s belated response, by the Vice President for Diversity and Community Engagement, sympathized with the [leftist] protesters.”
Students on campus express concerns similar to the above, namely that admin will continue to do nothing about this dangerous group on campus continuing to recklessly endanger students.

Is this lack of action because only “deplorable” students are being targeted? Or is it because UT Austin lacks the manpower or money to spend a few hours’ time or a few hundred bucks to properly deal with this long running threat? I’ll let the gentle reader make that decision.