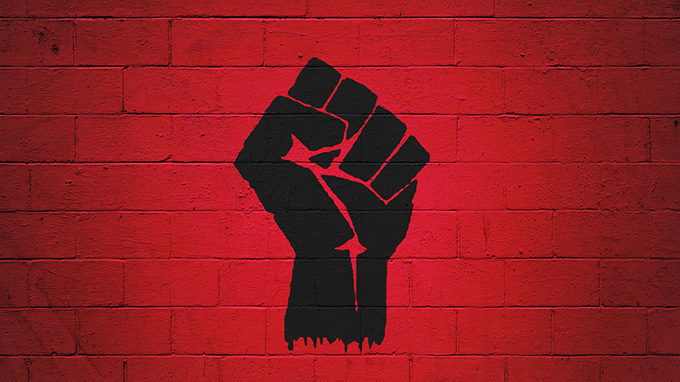 Black History Month always produces a charged debate about who is and who is not privileged, whether that’s in the histories we teach, the stories we write or the people we hire.

It emerged in the late 1980s from a range of practices in scholarship highlighting tangible gaps in our understanding of social inequalities. American legal experts, including Derrick Bell, Kimberlé Crenshaw and Patricia J. Williams, aimed to address why there are pronounced inequalities in the US legal system despite the achievements of civil rights campaigners earlier in the century. We can trace earlier versions of this intention in Caribbean scholarship about the relationships between race, class and colonialism. Other diasporic (Black and non-Black) and indigenous communities globally have also used these methodologies to understand our cultural positions in contemporary and historical contexts.

We see this when England’s women and equalities minister speaks at a Black History Month debate in Parliament. Put aside what Kemi Badenoch said last week for a moment and recognise that her acknowledgment of the debate as a valid Parliamentary activity implies her acceptance of the premise that Black History Month is something that she (and her ministerial brief) must engage with. It is important to add here that there are many conversations about whether Black History Month serves or fetishises Black people. However, the very fact that this debate happened acknowledges that there is racial disparity in the UK’s education, cultural sectors and governance.

Acknowledging this disparity in its different manifestations is at the heart of critical race research. In her comments, Badenoch – who is black herself – argued that critical race studies position “my blackness as victimhood and their whiteness as oppression. I want to be absolutely clear that the Government stand unequivocally against critical race theory”.

This false depiction of an analysis of social structures as an attack on individuals is a clever strategy that positions Badenoch as a voice of reason among a community of out-of-touch academics who perpetuate “the myth” that people of colour experience marginalisation and discrimination because of their race.

Second, a teacher (at any level) should be avoiding causing harm to their students. I note, however, that we don’t see the same tenderness when Black British children are forced to learn about transatlantic slavery as “Black history”, rather than “British history”, and then are not represented in any other part of the curriculum.

What about the white working class, then? Doesn’t critical race theory exclude and further marginalise people (students, staff, wider communities) who define themselves in this way? In my experience, the short answer is “no”. Why? Because critical race theory allows us to understand how different aspects of identity influence how we experience the world that we live in.

As a music historian, I often find that my introductions to critical race theory in classrooms lead to a dialogue about class structures, including the question: “But what about the white working class?”. What follows is a discussion about class stigma, about storytelling, and about the fact that many white students have never had to think about race before. It is often the first time that they feel separate from the histories we are discussing, so it is natural for them to ask “what about me?”.

However, working class representation is also excluded in curriculums. So, what now? A battle to establish who is the most marginalised? Absolutely not. We talk about commonalities of working-class identities. There are similar, if less pervasive, tropes inflicted on working-class communities as on people of colour. Do students feel that these experiences are only lived by people who are white or that these things are simply more prominent to white people because they are not grappling with structural racism?

We are told that race-centred research is an offence and attack against white people, but critical race advocates only want to be able to examine how the stratification of people as a result of race has informed our society. We need critical race theory precisely because we are taught over and over that white is not a racial identity.

We must criticise the notion of racial supremacy and the atrocities humanity has committed under those auspices, but critical race theorists do not seek to crowd out discussions of class. Indeed, critical race theory frequently makes space for dialogues about class that are not accommodated in other parts of university curricula.

More importantly, critical race theory equips students with new and often empathetic ways of understanding the world around them. It gives both students and scholars of colour the power to develop vocabularies about their experiences. And it allows us to make informed choices about how we use our power in the world around us.

Author Bio: Hannah Robbins is Assistant Professor in Popular Music and Director of Black Studies at the University of Nottingham.