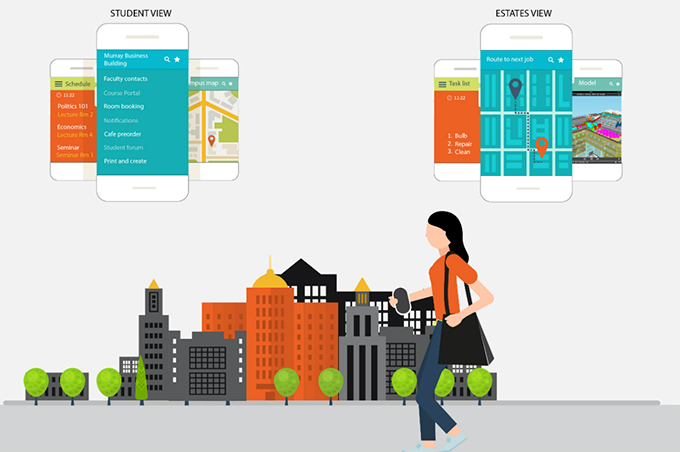 Internet infrastructures have provided support for an already long-standing dream of disseminating knowledge to as many people as possible. But the ambition of open science is not limited to issues of access that new technical and legal means facilitate a little more each day. If they aim to circulate research results much more fluidly, it is also a matter of acting upstream, making research more participatory.

The idea is not to consider citizens as mere research topics but also as partners of researchers. Moreover, citizen science initiatives are rapidly spreading around the world, whether to collect data or to analyze them, sometimes through playful devices .

This movement invites us to wonder about the bipartition between teaching and research. Do not students also have a role to play in the construction of pedagogical “commons”? As an extension of open and civic sciences, an “open education” would also emerge.

This is one of the central assumptions of the note  Towards an Open Education: Doing, Reflexivity and Culture for an Education-Research , which has just been published by the Research Group Collaborative Spaces (RGCS) think tank, from eight innovative experiences in higher education, in quite different contexts – universities, management schools, engineering schools.

Promoting open education means first of all decompartmentalizing the systems, making the traditional places of knowledge – universities, laboratories, libraries – more open, more transparent and more mobile in the city. The issue of access without discrimination or age or status barrier is central.

In the course “Transformations of work and digital” given at the University Paris-Dauphine, for example, there is no beginning or end of the course. Teaching is open to alumni and people who are simply interested in the theme. It involves many stakeholders, students, researchers, entrepreneurs, but also makers, activists, slashers, artists.

The production of knowledge goes beyond the usual temporal and spatial boundaries, including the dissemination of the course via digital tools (blogs, Twitter, online articles). The “Open walked event-based experiments” (OWEE) case shows that we can also rely on approaches that may seem old. Why not mount “learning expeditions” in the streets and public squares to create more uncertain educational narratives, and therefore more open to real encounters?

The second challenge for education is to remain strongly connected to society and its contemporary realities. Co-creation of knowledge and involvement in the city make sense and help to solve environmental and societal challenges.

Project-based or challenge-based approaches should reintroduce civic engagement at the heart of why we are studying.

The “Public Factory” course of IEP Lyon illustrates this approach. The projects that structure the course are all real challenges for public innovation, for which the results of the work of teachers, students and professionals will contribute to the public good. Close cooperation with leading public policy design professionals, particularly the 27th region , is exemplary of a new way of thinking about pedagogy.

Finally, we must strengthen the capacity of education to go beyond the walls. You have to go out, get involved in an urban fabric, walk to think, feel and understand. It also requires rethinking the spaces and the academic and academic form, putting an articulation between outside and inside, appropriating the new spaces and cooperating with the third places and rethinking the proximity.

For example, Yncréa Hauts-de-France’s “Innovation and cooperative projects” course takes place at the heart of a reconversion site where students are encouraged to feed on urban spaces to fuel their reflections. The group spends as much time outdoors as it is indoors, taking an exploratory approach, taking photos, interviewing passers-by, going to start-ups and businesses.

This philosophy of reappropriation of places, in an approach of openness, pooling of resources and knowledge is also the one that nourishes the vast movement of third places that is developing in France, with projects such as Compagnie des tiers lieux .

From these experiments, we can identify some proposals for researchers and policy makers to move towards an “open education”.

The first track would be to reintroduce common in the public service of higher education. For example, each teacher could contribute 25% of his / her package to the knowledge-sharing service in his / her territory – which would amount to teaching, experimenting, facilitating, mediating in third places and collaborative spaces close to his / her university.

This could be done on a voluntary basis and from a list of places constituted in an emergent way and not validated a priori by a commission or a public actor. Some people will object that in a situation of understaffing and increasingly limited means, such a proposal is unrealistic. In our opinion, the present vision opposes too much an “inside” to form to an “outside” to adapt while these two parts overlap.

It is necessary to form permanently and discontinuously, beyond a definitive logic of graduation. An important part of higher education is built either in the logic of initial training, or in that of executive training or in the perspective of learning. With the increase of the life span, the development of pluriactivity, the associative commitment, the multiplication of discontinuities of life, these delimitations have become largely obsolete.

Finally, we should go back to the dichotomy between teaching and research, which has particularly harmful effects. Open and civic sciences could foster a real education-research where the sharing of knowledge would be more than ever done by our students, well accompanied by teacher-researchers who would sometimes co-publish at their side and develop translation interfaces. and impact on their research.

Open education is not a new phenomenon. However, open and civic sciences, their infrastructures, their practices and their values ​​are vectors of new opportunities. New research collectives, cooperatives, collaborative spaces, third places, open platforms are all actors that can play a role in creating new processes and new worlds.

In situations of crisis of meaning at work, structural unemployment still significant, serious ecological crisis, democratic threats, loss of creativity in practices and managerial forms, it is urgent to seize this opportunity.