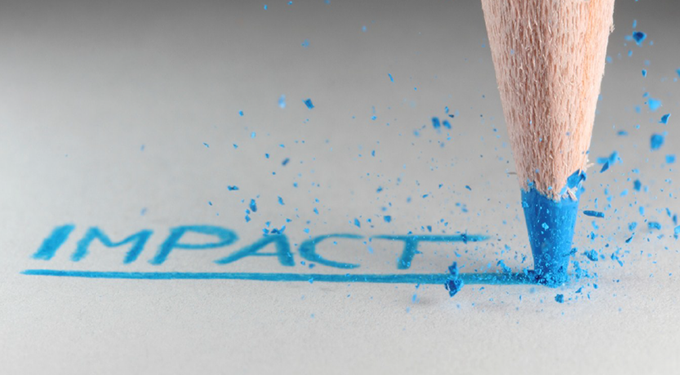 If, 10 years ago, I had declared to my line manager that I wanted to manage a summer-long creative arts project across England and Wales, she would have told me to get back to my monograph. Professors of 17th-century literature needed to know their place back then. But the impact agenda has changed all that.

Impact remains controversial among some academics yet, in the UK, it has opened doors to different, more varied careers. It has changed relationships between academics and their research and between universities and the wider world.

In the midst of all the anxieties about the next research excellence framework – submissions for which are due next year – it is worth keeping this point in mind. The REF may be warping the practices of academics and their employers alike, but it is the introduction of impact in the 2014 REF that is chiefly responsible for this transformation.

My own obsession has been with creating a digital map of England and Wales filled with crowd-sourced poems written by people who care about particular places and their histories. Titled “Places of Poetry”, it is a simple enough idea. It is also born out of research: work done by me and my partner, the poet Paul Farley, on Michael Drayton’s 17th-century poem, Poly-Olbion: an attempt to describe the history and geography of England and Wales – all of it – in 15,000 slightly crazy, occasionally beautiful hexameter lines.

We wanted to use Drayton’s model, in which places provide points of entry to history, and to adapt the stunning, decorative county maps that were published with Poly-Olbion. But we wanted to capture multiple perspectives, of writers from different parts of the country, of different ages and different levels of experience. We wanted a polyvocal record of the meanings of places.

Just over halfway through the project, we have about 3,500 poems. We are also nearing the end of a programme of targeted engagement activities, centred on pairing poets-in-residence with heritage sites. We’ve been working with sites from Caernarfon Castle to Ely Cathedral, Big Pit National Coal Museum in South Wales to Byker Wall Estate in Newcastle upon Tyne. These activities are putting a spotlight on different kinds of heritage, and in many cases engaging with particular community groups.

Anyone doing anything like this will be familiar with the queasy feeling prompted by the question: “Where’s the impact in that?” The bureaucratisation of impact – with professional advisors, evidence gatherers, case study writers – is one of the questionable aspects of this agenda. What proportion of the funding distributed on the basis of the REF is spent on the bureaucracy that the REF encourages, if not requires? But these questions, these experts, can also help shape projects and maximise their value, as we have found.

Perhaps the biggest argument for a university to take a lead on this kind of work, however, is because it can. One reason it can is that academics are generating, as a matter of course, the ideas and research that can lead to impact. In the course of Places of Poetry, I’ve been amazed by how many people have wanted to learn about Poly-Olbion. That point of inspiration, and our knowledge of it, matters, just as Paul’s credibility as a poet also matters.

And a university can because it has the infrastructure to support complex, multifaceted projects. Most of our partners just could not do this themselves: the arts and heritage sectors are fuelled by passion, but are often very short on resources. Yet Places of Poetry is not at all an isolated case: the impact agenda has stimulated a wave of partnership-building between universities and the arts and heritage sectors. If you see an ambitious initiative of this kind, there is a good chance that, as Universities UK likes to say, it was #MadeAtUni.

One common misconception in the lead-up to REF 2014 was that arts and humanities subjects would struggle with impact. To be sure, impact in the sciences can present easier stories to tell, but we should also recognise, and in my view celebrate, impact in the arts and humanities. It connects universities with the public, stimulates creativity and innovation, and provides answers to the question: “What has research in your field ever done for me?”

It can also refresh careers – even for middle-aged scholars of 17th-century literature.

Author Bio: Andrew McRae is Professor of English and Dean of Postgraduate Eesearch and the Exeter Doctoral College at the University of Exeter.