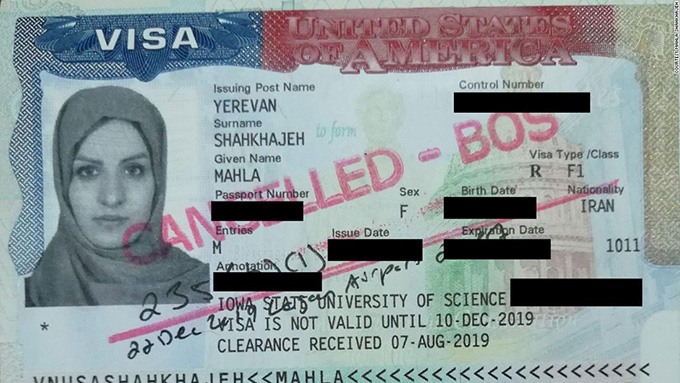 When Bilal, a recent immigrant from South Asia, started his sophomore year at a high school in a large southern U.S. city in 2014, it wasn’t a welcoming experience.

Upon entering the school, Bilal had to go through a metal detector. Then a school police officer patted him down. Bilal did not understand why a school would need such high security measures. Still, he tried to adjust.

While he did his best, teachers and administrators peppered him with questions that made him feel as if he were under extra scrutiny. They asked why his attire – a kurta, or long shirt, that he wore over his jeans – was the same as that worn by the “terrorists” they had seen on YouTube videos. They asked about his family’s loyalty: If given the choice, would he and his family choose America or their homeland?

All of the questions made it challenging for Bilal to focus. He felt as if the teachers were targeting him.

As experts in education, immigration and race, we know that Bilal’s experience as a recent immigrant of color is by no means isolated.

We interviewed hundreds of immigrant students and their teachers across seven American cities. During our observations from 2013 through 2018, we learned that many immigrant high school students fear something we refer to in peer-reviewed research as the “school-to-deportation pipeline.”

This is a situation in which students worry that minor infractions at school could lead to penal consequences ranging from being arrested to being subjected to deportation. Many of the students we interviewed claimed to know someone who had been deported for those reasons. Disturbingly, we found that some of the teachers and administrators not only believed there to be “school-to-deportation” pipeline but actually used it to strategically exclude students. The reason, as we explain in a different peer-reviewed article, is they didn’t want the immigrant students to lower their standardized school test scores and jeopardize funding.

Some teachers and administrators expressed concerns that immigrant students would score poorly on standardized exams, which can have negative consequences for teachers and administrators. Low test scores can trigger increased oversight, a change in a school’s administration or even a school shutdown. Even a few scores – particularly very low ones – can make a large difference to schools that are teetering between making adequate progress and those rated as failing.

Zoya, a recent immigrant from East Africa, experienced such teacher worries. While she generally understood the academic content well when asked verbally, standardized tests confused her. Additionally, Zoya’s teachers did not understand her obligations of caring for siblings and helping with the family business, which occasionally made her inattentive or late or made her miss class entirely. One time she fell asleep during a standardized test and didn’t have time to complete all the questions.

Zoya’s story was not uncommon. Many immigrant students we spoke with expressed a strong desire for academic achievement yet found themselves seen by teachers as having a poor work ethic or low content comprehension.

A teacher at another school, Heather, shared with us: “So, this one kid … he never comes to school. But, we’re going to be held responsible for his [standardized test] scores because he’s registered, but he’s definitely not an American.”

Acting upon their perceptions, some teachers attempted to dissuade immigrant students of color from attending test days by alluding to additional police presence and consequent potential for initiating deportation proceedings.

Lisa, another teacher who worked closely with her school’s administrators, outlined the process with the case of a student named Juan. “One day, my principal took him aside and warned him that the police were looking for him. … He stopped coming.” Often, the result of threatening immigration enforcement on school premises had the impact of students’ never returning at all. While this was certainly not present in every school we studied, we did find that teacher behavior clustered strongly in schools. That is, schools tended either to be places where this sort of behavior was commonplace or completely unheard of. Of the nearly 40 schools we sampled, threatening immigrant students with deportation via police was widely accepted at six schools and lesser known but still present at another three.

We don’t know of any cases in which Immigration and Customs Enforcement agents were contacted. However, we did often see or hear of local police being called. We don’t have any data on how often actual deportations arise from minor infractions at school. Yet the mere threat of potential deportation or being sent to a detention center was intimidation enough to keep students from entering the school premises. ICE’s official policy is to avoid enforcement in “sensitive locations,” such as schools and places of worship, unless there are “exigent circumstances.”

The presence of police in schools is nothing new. However, now that some police officers have essentially been deputized to act as immigration officers, immigrant students worry that getting into trouble at school can lead to deportation.

Research shows students of color are disproportionately disciplined and arrested for offenses for which their white classmates receive lighter punishment. Our study found immigrant students face similar consequences. As disproportionately people of color, immigrants can often be subjected to police encounters on school premises. A criminal record can be a serious detriment in an immigration hearing.

What police can do

ICE was established as an agency under the Department of Homeland Security in 2003 to enforce customs and immigration laws. In 2006 ICE began using a section of an existing federal law, the Illegal Immigration Reform and Immigrant Responsibility Act of 1996, to start forming partnerships with local law enforcement to enforce federal immigration law. These partnerships were named 287(g) agreements after the subsection of the law granting that power.

As such, local police needed only suspicion of undocumented status as cause to arrest, detain and issue a “notice to appear,” which initiates the deportation process. Thus, interactions with local and school police can be risky for immigrant students.

One student shared this: “I worry about immigration things and … the police could kick me out of school and I was scared.” As the ACLU noted in a 2019 lawsuit against the U.S. Department of Justice that cited our research, individual officer discretion can strongly affect the fate of immigrant students of color and their families.

Not all teachers and school administrators isolate “problematic” students. Some actively protect students by “forgetting” to file disciplinary paperwork or using their professional relationships with police to protect students.

One school administrator told us about his interactions with a trusted student who was forced to transport drugs. Instead of calling 911, the administrator called a police officer with whom he had struck up a professional friendship. The officer flushed the drugs and then gave the student a police report to show the dealer as cover for the lost contraband, but never officially filed the report. In the administrator’s view, this saved the student.

“He would’ve been arrested for possession,” the administrator said. “He wouldn’t have been deported immediately, but he’s going through immigration proceedings, and when it came time for him to get his paperwork, he would be denied because he had a criminal record, and he’d be deported then.”

Public schools have a mandate to educate all students, including immigrants of color. If teachers and administrators in schools use the threat of deportation to intimidate students, schools become spaces for policing rather than learning.