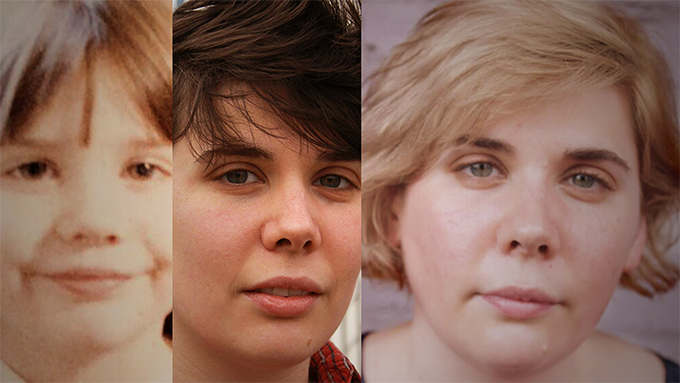 It’s hard to come up with a decent title for today’s post. A while back I wrote how daughters coming home with mustaches and breasts removed is a thing now. When I first heard of this, I greeted the news with skepticism because it was just so wacky…but I confirmed things as best I could with followup, and it sure seems legit.

To further reinforce that sending your daughter to college today presents a real risk of getting back a “son,” I want to talk a bit about a student group on campus:

The title is a bit unclear, and the obfuscation is rather important here. The “liberal young women” aren’t merely young women with liberal views, they’re all “female to male” transsexuals who decided, mid-change, that they were making a huge mistake and stopped what they were doing.

I concede it’s a big world, and that it’s possible there really are men born in women’s bodies, but the mere existence of this group indicates we as a society (and more specifically our higher education system) have a large problem: “men born as women” are not rarities, there are so many of them that not only can there be student sub-groups for that, but a campus can have enough “women who thought, for a time, they were men born as women” to form their own sub-sub-group.

We should ask some questions about how that happened, and this article provides some answers.

Before getting to those answers, the women here still hold their liberal views and affirm as much. I’ll just put something out there: could it be susceptibility to today’s “liberalism” be somehow related to susceptibility into being convinced of being the wrong gender? Even asking that question in some quarters would draw intense hatred, but I suspect the existence of a link there.

The phenomenon on our campuses (and to some extent in our public schools as well) is called rapid onset gender dysphoria, ROGD. Basically, one day the girl wakes up and decides she’s supposed to be a boy, or vice versa. It supposedly just suddenly happens, completely unrelated to all the indoctrination fed to the child (supposedly), and we’re not just talking 2 year olds, here, but young women to went to prom and seemed perfectly happy with their gender identity, but then come back from a semester of college deciding they’re supposed to be males.

her three best friends in high school all identified as transgender and then desisted. This affirms researcher Littman’s conclusion that “a process of ‘social and peer contagion’ may play a role.”

What, exactly, is happening in our public schools nowadays? You know, we could run a simple study comparing transsexuals in public schools to those in private schools, particularly those which don’t preach this ideology, and get some answers, I bet. I wonder why no such study has been done?

The phenomenon exists and is real, but is against the ideology dominating our campuses, and so knowledge of it must be squelched:

Brown University’s Lisa Littman, assistant professor of behavioral and social sciences, published a study on the phenomenon and coined the ROGD moniker last year. The university removed a statement promoting the study following claims that it was anti-transgender, and later mischaracterized the nature of corrections made to the study.

Let’s get to the more relevant things the article has to say:

The Pique Resilience Project, created by four women in their early 20s, aims to bring the conversation of detransitioning to the forefront. They describe themselves as “four detransitioned and desisted women with the goal of sharing our stories and providing information on detransition, as well as support for those who may be questioning their gender or identity.”

There’s very little support for groups and people providing information on how to detransition, and the lack of such support is for the same reason the question I posed above is seldom uttered: the response is hatred:

They also object to being described as “trans exclusionary radical feminists,” a slur often used by trans activists against women who question trans ideology.

The big question still remains: how can we have so many people walking back from this path? One of the main reasons groups like this exist now is because of just how easy it is to get talked into, and receive fast treatment for, “transitioning,” as one of the members explains:

It only took a 30-minute meeting with an LGBTQ+ social worker for her to be granted testosterone. “It’s actually pretty ridiculous, the answers that I gave, and she like accepted those answers without questioning them,”

The student above admits to a strong history of mental issues…and yet all it took was a single meeting to get her to start transitioning. Just how many other vulnerable people are being taken advantage of in this way? If she had told the “social worker” that she belonged on the moon, would they instantly starting building a rocket to send her back?

…explained that she began testosterone during her teenage years because she had her parents’ blessing. She said that if she were made to wait until 18 to begin testosterone, she likely wouldn’t have begun it at all. “I really did not have any doubts until the second I started transitioning.”

All the members tell a bit of their own stories, and I can’t help but see how the parents are a factor in all this:

…feels “fortunate that her mother didn’t allow her to undergo medicalization.”

By “medicalization” it is mean having breasts removed and other surgical methods to make the female appear more male. I can’t help but be grateful that the parents stopped the more painfully permanent part of “transitioning” but I still worry that access to those hormones might be a bit too easy.

gender therapists all urged gender affirmation and treatment at Chiara’s age of just 16.

Being a cancer patient, and watching my doctors get wealthier and I get weaker with every failed “treatment,” I have concerns that the consistent failure and huge profits for failure are somehow related.

In a similar vein, the “therapists” here have a far too vested interest in having transsexual clients. Changing your putative gender isn’t a matter of a few pills and surgeries, it’s a lifetime of treatments and low overhead-high profit meetings with therapists. Again, I ask an unpopular question: could it be these “therapists” are doing this harm because it’s just so profitable?

In any event, the mere fact that a group of de-transitioned students can exist is more evidence that daughters coming home with their breasts removed really is a thing now.