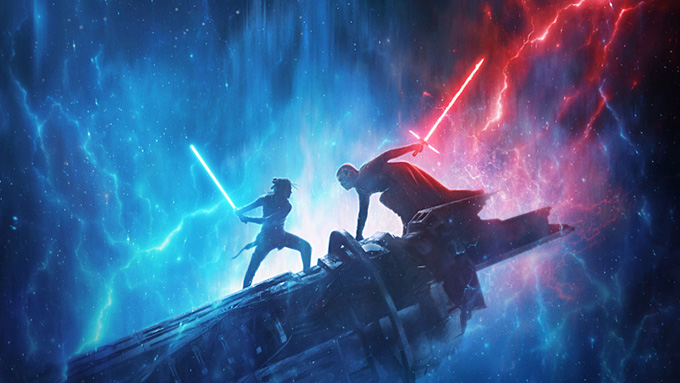 It is pointless to compare the episodes of Star Wars to extol the merits of the one, the deficiencies of the other, but it is time, at the time when the third and last trilogy of the cycle started in 1977, and while The Mandalorian triumphs over Disney +, to examine the management of the franchise by the Walt Disney Company. As of the takeover of Lucasfilm on October 30, 2012, doubts were expressed on the ability of the new shareholder to continue the work of the founder without distorting it. The memes have blossomed on the Internet to denounce the risk of commercial exploitation of the saga and especially its disneyisation. We saw Mickey masked as Dark Vader, Dark Vader wearing Mickey ears. What about seven years later?

From Star Tours to Star Wars

First, it is necessary to situate the acquisition of Lucasfilm in a broader creative context. The integration of Star Wars into Disneyverse began well before 2012, when the Disneyland Star Tours, opened on January 9, 1987, was created.

The attraction, the result of a close collaboration between Disney’s imagineers and George Lucas, is based on the principle of dynamic cinema, which adds to 3D projection – we are still, at the time, in blue and red glasses – movement effects on spectators. It consists of a space flight simulator system on which passengers experience, among other things, some collisions in a comet field, a passage in hyperspace and an assault on the Death Star.

Several films were subsequently shot to renew the visitor experience. They naturally take into account the prelogy, but the animated web series Star Wars: Galaxy of Adventures , produced in 2018 to introduce young viewers to the saga still focuses mainly on the characters and the vicissitudes of the original trilogy.

In short, Star Wars entered Disney through the great immersive show, and it is this aspect of the films that was highlighted in the five feature films in relief that have been released since December 2015, those of the trilogy ( 2015, 2017, 2019) and the spin-offs subtitled A Star Wars Story: Rogue One (2016) and Solo (2018), two prequels of the current Episode IV, designed to deceive the appetite of fans between productions main. The latter constitute, in any case, the first contribution of Disney to the declination of Star Warson the big screen: the interest in an extension of the universe, hitherto reserved for novels and comics. In 1984 and 1985, LucasFilm tried it with two TV movies around the Ewoks of the forest moon of Endor, but we stayed very far from the main narrative arc. On the contrary, Rogue One is interested in the events immediately preceding A New Hope , and Solo traces the youth of the character played by Harrison Ford.

In his autobiography published in 2019, The Ride of a Lifetime , Disney CEO Robert Iger, reviewed the circumstances under which the license was acquired.

The initial objective was to produce a new trilogy whose outlines George Lucas had defined. The firm not wishing to feel constrained by this initial canvas, the decision was made to buy it. But, while the contract stipulated the absence of commitment in the matter, Lucas, he had realized that the transaction contained in itself a tacit promise to respect his point of view on the future of his work . When the disagreements appeared, Iger himself recognized that they had been decided too brutally by the new owner of the rights. “George felt betrayed, and while the whole process couldn’t be easy anyway for him, we unnecessarily got off to a bad start,” he says. The fact that Episode VII: The Force Awakens paid off half of the $ 4.05 billion that LucasFilm had cost Disney alone did nothing.

One disneyise, the other not

The criticisms formulated by George Lucas with regard to this first film are symptomatic of the difficulty of the artistic choices with which the repurchase of an icon of pop culture confronted the teams of Burbank. Above all, it was the absence of novelty that he pointed out, while critics rightly acclaimed loyalty to his heritage. In fact, Disney had entrusted JJ Abrams with making a film in line with the very first, thus taking the opposite view of Lucas who had deliberately innovated, to the chagrin of his fans, for The Phantom Menace , in 1999. We recalls the outcry raised by the Gungans and especially the character of Jar Jar Binks.

Nothing like this in front of Abrams’ camera. The director does not only make it a point of honor to imitate his model, but also to avoid any confusion between the universe of the subsidiary and that of its parent company. In matters of exobiological fauna, for example, only the smuggler Maz Kanata with his round face and four fingers evokes a Disney design; yet his crumpled skin takes away all his youthfulness, and his hands are no more like Mickey’s than Yoda’s.

Porgs, these little birds with big eyes that pit Chewbacca’s predatory instincts in Star Wars VIII, will respect the codes of the “cute” much more, to which only the droid BB-8 was attached in The Force Awakens .

The final scenes of episodes VII and VIII are characteristic of the differences of approach between JJ Abrams and his successor, Rian Johnson. On the one hand the heroine, Rey, who brings his lightsaber to the old Luke Skywalker in the steep scenery of a wild island. On the other, a child slave, endowed with the power of the Force, who stands back facing the night sky, a broom in his hand as a lightsaber, while a meteor crosses the field of stars.

On the one hand, the expected return of Mark Hammil in the role that made him famous; on the other, a painting which one cannot see without thinking of Pinocchio. On the one hand, a passing of the baton between two generations of Star Wars  ; on the other, a nod to “Wish Upon a Star” , a true anthem of the studios and historic credits of the Disneyland TV Show.

An epic of hope

Beyond their differences, these two ends have one thing in common: they bring hope. They emphasize this feeling whose place in the original trilogy – in contrast to the prelogy which ended with the advent of Vader – explains, beyond its profitability, the interest that a firm takes in it. attached to happy endings. “Rebellions are based on hope,” we learn in Rogue One. The gesture of the Rebel Alliance, until the final triumph orchestrated by JJ Abrams in The Rise of Skywalker , is a hymn to the force of hope, a call to preserve it at all costs in the worst adversity.

In terms of collective history, Lucas had developed an essentially political intrigue. Disney focuses on an epic of faith in men and in the future; hence the theme of the repented stormtrooper which gives us the character of Finn. With him, it is no longer just up to powerful Jedis like Luke and Anakin Skywalker to overcome their fear, but to an ordinary man. With him, fear is no longer only the path that leads to the Dark Side, but a reaction as natural as harmful in the face of a despotic power. In this sense, Disney democratizes the moral of Lucas. The fight of the droid L3-37 for equal rights between humans and robots or the liberation of the wookie slaves of Kessel, in Solo , go in the same direction. 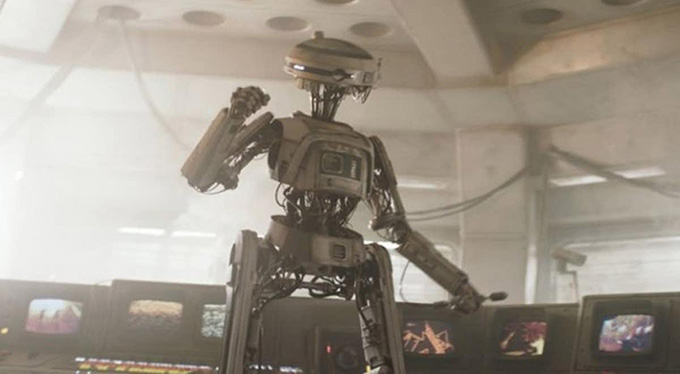 No more princesses, even Leia is no more than General Organa. The Disney trilogy, no doubt to avoid any analogy with an emblematic figure of its animated productions, aims to be resolutely plebeian. After watching Episode VII, George Lucas deplored that JJ Abrams and his co-writers had left out the family dimension of his saga. The reproach was already only partially fair, since Kaylo Ren was torn between the model of his grandfather, Dark Vader, and the education of his parents, Leia and Han Solo. He was in any case totally denied by the suspense that followed on the origins of Rey. But while The Rise of Skywalker reveals his last name to us, the film ends with the denial of it.

Disney, in total, evacuates the question of the family less than adherence to a dynastic imagination of aristocratic inspiration. Despite intergenerational conflicts, the first two trilogies had valued blood ties, to the extent of attributing to them, finally, the return of the Jedi among his own; the Disney trilogy puts more emphasis on the bonds of the heart. They are the ones who guide Kaylo Ren on the path of redemption; them again who lead Rey to change his patronymic.

Lucas’ original trilogy was medieval, his prelogy was Roman, the Disney trilogy is romantic, as much by the decor of industrial ruins in which we follow, from start to finish, an old wreckage plunderer, as by the way it illustrates , especially in the last opus, the idea that love is stronger than death. Before revealing her feelings to him, Rey healed the deadly wound she inflicted on Kaylo Ren with a miracle-worker gesture; Han Solo reconnects with the son who murdered him, to greet his return to the light. The power to communicate from beyond, attributed to the Jedis by Lucas, is used to illustrate the ordinary strength of filial love and thus confirm the superiority that Leia recognized in Episode VII over the power of a master like Luke Skywalker.

Lucas had confidence in transcendence. Disney believes more in free will: “The choices we make, the actions we take, epic moments as insignificant moments, make us forces of destiny”, teaches us the credits of the animated series Star Wars: Forces of Destiny , launched in 2017.

Suffice to say that it is up to everyone to forge their own destiny and that of the world. Making wishes in the air is not enough, you have to give yourself the means to be yourself your Good Fairy. There is no fatality, there is only the result of personal actions, decided in responsibility. True Strength is within each of us.

Author Bio: Christian Chelebourg is Professor of French Literature and Youth Literature at the University of Lorraine