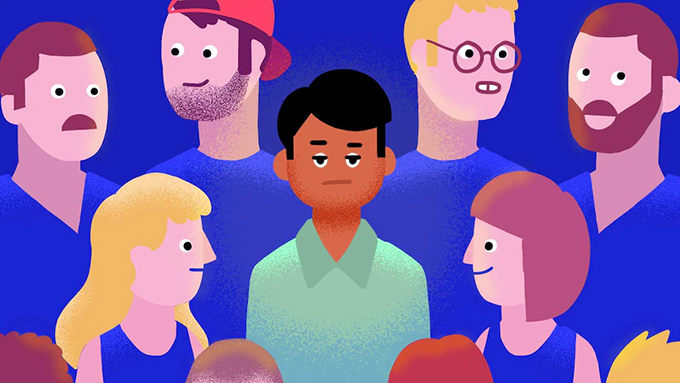 At the end of 2018, based on the observation of a low production of knowledge on discrimination in higher education and research, a team of researchers in social sciences initiated a vast victimization survey on this subject, entitled ACADISCRI, of which here we provide the first statistical results.

The project aims to measure the experiences of unequal treatment in higher education and research establishments, and to analyze the variations, within establishments and between them, according to disciplines, levels of registration, services or grades, with regard to the main criteria of discrimination: sex, ethnicity, social category, disability, sexual orientation, trade union or political affiliation, etc.

The survey questionnaire records a whole range of unequal treatment experienced, ranging from micro-aggressions (demeaning everyday gestures or remarks, often referred to as “humor” by their authors, but humiliating or degrading for those those who are the targets) to more violent forms such as insults, threats of physical violence and physical violence, through moral harassment, discriminatory situations identified as such by the people surveyed, and again harassment and assaults of a sexual nature…

The questionnaire also makes it possible to collect information on the effects of these situations on the “victims”, on their conditions of study or work, on the context of the events, on their perpetrators and authors, as well as the witnesses, or on the reactions and possible remedies. After a pilot survey carried out in the spring of 2020, then the adaptation of the survey tools and strategy accordingly, data collection has so far been carried out in five other establishments of various configurations and sizes.

A singularity of the ACADISCRI project is to be based on a profit-sharing of the establishments – which have obligations, like any employer and training organization, in terms of non-discrimination, and a social responsibility related to the issues of the fight against sexual harassment or even of “resolute fight against racism and anti-Semitism”. Institutions that commit benefit from a diagnosis at their level, based on weighted data representative of their population. The results presented below relate to one of the first universities involved.

A massive experience of discrimination

Data collection at this university yielded 1,733 complete questionnaires from students and 278 from staff, representing a response rate of 6.2% for the former and 10.1% for the latter.

We can see in these differences in proportion between students and staff several explanatory paths: the first is linked to seniority in the establishment, since on this subject the questionnaire invites us to recall the whole career or study trajectory. It is logical that the often longer duration of presence in the establishment (in particular between employees and students) exposes more to the risk of unequal treatment.

Nevertheless, the survey data show that the vast majority of reported incidents took place recently. For example, cases of sexual assault and threats and/or physical assaults related to sexism took place for more than a third of the cases during the current academic year, then for almost 6 out of 10 cases in the previous five years.

Another possible explanation may be linked to the degree of awareness acquired over the course of experience, leading people who have attended university longer to be more attentive to discrimination. The fact remains that these rates indicate that the context of work and study at university is, for many, far from being serene and polite.

The different grounds of discrimination

Finally, for all the types of facts noted, the “victims” do not always identify a specific discriminatory motive: this is the case, for example, for almost three quarters of personnel declaring situations of micro-aggression. This difficulty may be linked to an uncertainty about the real motive, which social psychology qualifies as attributional ambiguity. But it probably also reflects the fact that discrimination takes place in a degraded study or work environment, where aggression and feelings of injustice are relatively common.

One of the innovations of the ACADISCRI survey is to deal simultaneously with the different criteria of discrimination recognized by law, whereas most of the surveys carried out by establishments currently generally focus on sexist and sexual violence alone. In particular, it makes it possible to investigate the significance and diversity of the forms of expression of racism within the academic space. In the same way, we favor here a focal point on the staff, usually little concerned by surveys mainly centered on student life.

Given the small number of staff in a single institution, it is not possible here to refine the presentation of the “racism” reason, to distinguish, for example, experiences of anti-Semitism or Islamophobia. They are therefore treated together, with racism itself. In order to identify the most exposed profiles, several questions were asked to the people surveyed on their country of birth and nationality, on those of their parents, on their religious affiliation, and finally on the way of perceiving themselves and of being categorized or categorized by others into racializing categories (“White” or “White”, “Arab”, “Black” or “Black”, etc.). In this article we report on two synthetic variables constructed from these data:

The data for this institution suggest that exposure to racism varies according to status: this phenomenon is reported almost twice as often by administrative and technical staff (BIATSS) than by teacher-researchers (12.8% against 6, 9%). However, these data must be interpreted with caution, because there is a strong correlation between these statuses and the link to migration, for example more than seven out of ten people descended from immigrants or originating from overseas have a BIATSS status. .

But above all, reports of unequal treatment of a racist nature vary very greatly depending on the link that individuals have with migration and their assignment to a particular racializing category. If 5.3% of the majority say they have experienced racism, this rate triples among immigrants (14.5%) and fivefold among descendants of immigrants and people from overseas, with 27.8% .

The declaration of at least unequal treatment due to a racist motive also appears almost five times more often for individuals categorized as “Arabs or Blacks” than for those categorized as “Whites” (graph below). In addition, these minorities are more likely to suffer from unequal treatment, with or without discriminatory reasons, compared to people perceived as “White” (respectively 60 and 52.4%).

In a survey of this type, the potential difficulties in recalling experiences, as well as reporting unequal treatment, suggest that the data collected could underestimate the actual victimization. Be that as it may, the first results of the ACADISCRI survey already suggest both the considerable extent of the phenomenon and its complex configuration.

The survey thus suggests the need to relate the discriminatory experience to the power relations that structure higher education and research. It also suggests the importance of an approach that takes into account simultaneously and in an articulated way the different social relationships. The future exploitation of the results concerning the first series of establishments surveyed will provide more information. (To be continued… on the ACADISCRI survey site ).