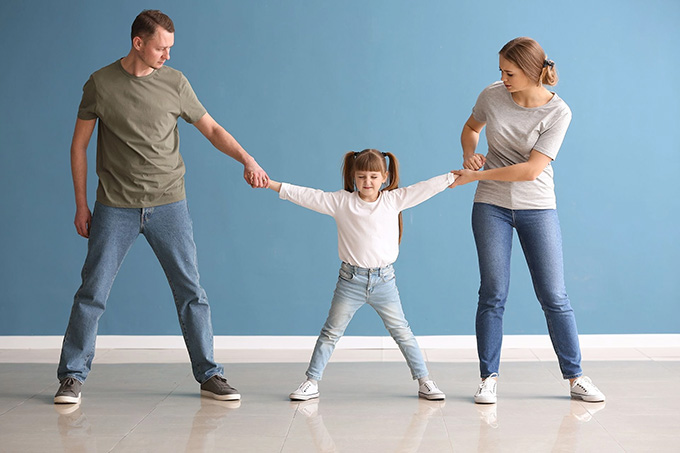 When parents separate or divorce, it is very often the mother who obtains custody of the child, accompanied by occasional visits to the father. However, over the past twenty years, another system has gradually gained momentum in Europe: joint custody, in which the child resides alternately, and more or less equally, with each of his parents.

According to INSEE, shared residence concerns 12% of children in France . In Belgium, since the law of 2006 , this is the mode of accommodation to be considered as a priority after parental separation, when at least one of the two parents requests it and more than 30% of young people of separated or divorced parents live in (almost) equal alternation with their parents. That said, in the end, little is known about how they adapt to this lifestyle, as existing research has so far largely focused on the parents’ point of view.

The book Two houses, one home? gives the floor to a panel of 21 children aged 10 to 16. Through two to three individual meetings mobilizing participatory sociological methods, the objective was to understand how young people adapt to this daily life in shared custody, between two “houses” with often very different universes, and between which the parents sometimes trace impermeable borders.

Places of life in “archipelago”

This sociological research studies in particular the practices deployed by young people on a daily basis to negotiate their place in each of the residences, and to create continuity and benchmarks in mobility. In doing so, a metaphor borrowed from the social geographer Cédric Duchêne-Lacroix appears particularly relevant, namely, that of the “archipelization” of their places of life.

The children we met see each place of family residence as distinct from the other, while being connected, like the islands making up an archipelago. While each island has its own atmosphere – children attach themselves to it differently depending on whether they feel “at home” there due to the architecture of the place or the family atmosphere, these two islands with different colors form a “whole” within which he navigates and tries to create landmarks.

The two places of residence then appear as mutually exclusive: the child cannot go to the home of the other parent outside the fixed schedule, the parent does not wish to maintain virtual contact during the days when the child, and limits as much as possible the transfer of objects and personal effects from one place of residence to another or requires the child to systematically bring them back to the home of the parent to whom they belong.

At the other extreme, some parents draw an open island, leaving the child free to come and go when he wants, offering him the possibility of communicating with them during the days of absence and taking with him what that he wishes. Intermediate configurations exist between these two poles, with limits more or less open to negotiation. It is important to note that the father and the mother can each draw islands with different borders from that of their ex-partner, a child being able to sail for example between a “fortress island” and an “open island”.

These parental islands constitute an important element of context, but young people do not necessarily respect them. Thus, some manage to pass personal belongings from one side to the other even if it is not authorized, or, conversely, create borders where there are none, motivated by the desire to distinguish the two homes they frequent.

The end of the “big bag” myth

If some children actually travel, in their own words, with “all” their belongings – lots of clothes, toiletry bag, comforter, school equipment, even video game console, which is a burden, but reassures them by their presence in the everyday life wherever they live – others, on the contrary, declare that they take “nothing” with them. Fixing objects in a particular place offers them landmarks, ensuring that they find a familiar universe each time they return, and relieves them of the mental burden linked to this complicated logistics, especially when parents want to recover what they have bought for their child.

If these children distinguish each place of life, they also do so according to various logics. Some young people differentiate their belongings by using different objects and belongings in each home, like Théodore (15) who longs every weekend to go back to his room with the other parent. He values ​​this difference because it allows him to do a variety of things each week (like reading comics and playing the Wii at Dad’s or playing in the garden and at the Play Station at Mum’s).

Others try to create a balance between each dwelling, by distributing their personal effects over the long term in an “equitable” manner. Thus, Coralie (12 years old) has decided to permanently leave her game console with her mother and her tablet with her father. 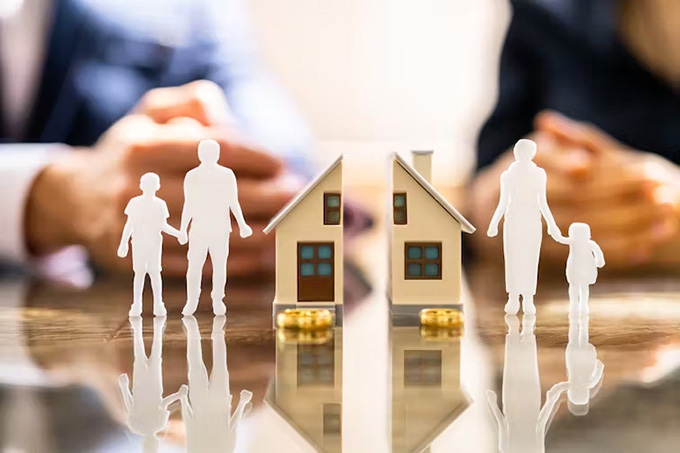 Children distinguish their places of life according to various logics. Shutterstock

Maintaining this balance sometimes represents a burden for young people, mainly in relation to the management of the clothes they wear on their arrival and must remember to bring back to their place of origin. If some wear them again on the day of the change of house, others carry them in their school bag. Still others surround themselves with identical objects at each parent’s home in order to carry out the same activities wherever they live, without having to carry personal effects.

A great capacity for adaptation

The socio-economic situation and the educational principles of the parents can influence these practices. Some may wish that the items they have purchased do not circulate from one home to another, for fear of having to redo an expense in the event of loss or forgetfulness. Others, on the contrary, encourage their child to use one and the same expensive object on each side – for example, a game console or a computer. Driven by ecological or anti-consumerist values, still others may be reluctant to buy their children “double” objects or clothing. It happens that young people, wishing to travel light, circumvent this obstacle by turning to second-hand circuits.

Finally, children who bring personal effects do not necessarily unpack them on arrival on an island, preferring to keep them permanently in their suitcase or bag to reduce the mental load of the transition (because their personal effects are always stored in the same place, wherever they reside). This way of proceeding saves them from having to think about the essential things to carry and eliminates the risk of forgetting them.

In addition, the fact that their bag or their suitcase remains visible to the other members of the blended family who live in the place marks the space of the home with their physical imprint and reflects their return among them. But past the moment of return, this bag thus exposed also symbolizes their mobility and their forthcoming departure, which reinforces the impression of being only passing through within the parental home.

Taken together, the practices deployed by the children constitute a diversified range of ways of managing alternation, which testify to the great capacity for adaptation of young people, and which underline the importance of shifting the gaze of adults towards children in order to grasp what is at stake for the very people who experience mobility on a daily basis.

Author Bio: Laura Merla is Professor of Family Sociology and Berengere Nobels is Doctor of Sociology at the Catholic University of Louvain (UCLouvain)